While Facebook is the dominant player in the social media space, it’s worth noting the major influence that Chinese social apps also have in their respective regions, which we’ve seen expand more recently via various apps – primarily TikTok – posing a level of threat to Facebook’s gold on the market.

Of course, Facebook – now Meta – is making a play to control the next stage of digital connection, in the theoretical metaverse that will provide all-new ways to facilitate interaction and engagement. If and how that comes to fruition will be a key element to watch, but it’s interesting to consider the broader social media landscape, and where things are placed in the final stages of the year.

This graphic from Visual Capitalist does exactly that, with a bubble chart of the biggest social media companies in the world, and their various properties.

Some interesting considerations – check out the full infographic below. 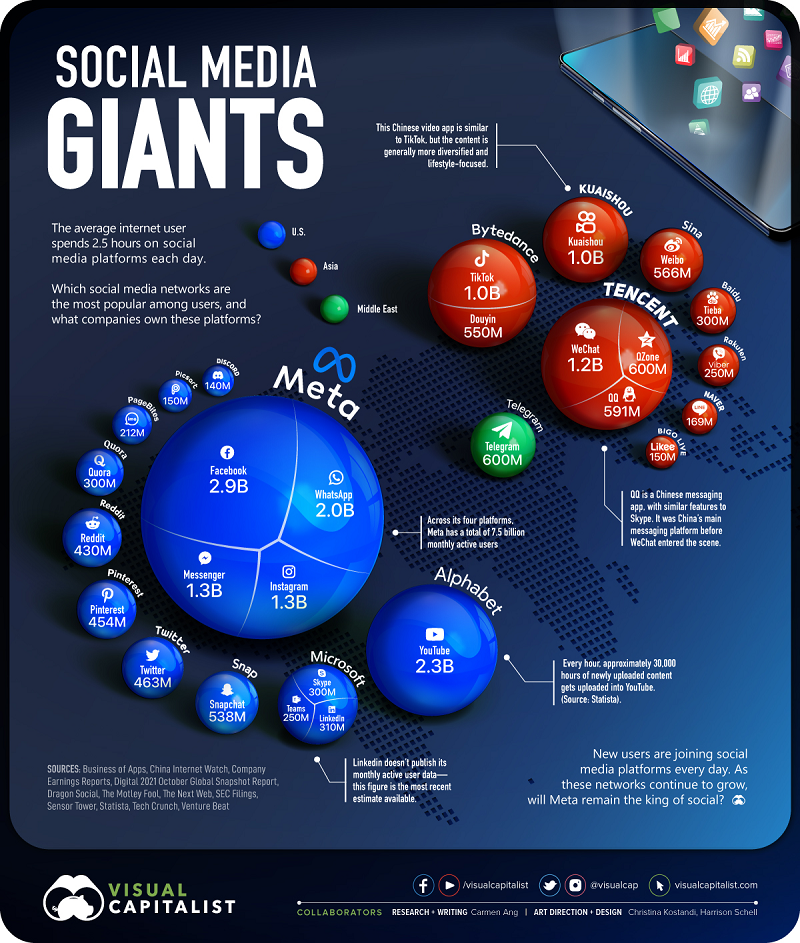