When analyzing your social media performance metrics, you need a level of context to make sense of the numbers and ascertain where you can improve and what's already working. Comparing the data against your own past stats is the best way to do this, and ensure that you're aligning with your broader business goals, but it can also be helpful to benchmark your performance against others in your industry, providing further insight into where you're at, and what you should expect.

That's where this report comes in. This week, RivalIQ has released the latest version of its annual Social Media Industry Benchmark Report, for which they've gathered data on the social platform performance of more than 2,000 brands, incorporating some 5 million posts, tweets and updates.

The full report includes a heap of industry-specific insights, including popular hashtags and specific posting data, but in this post, we're going to take a look at the overall trends for Facebook, Instagram ad Twitter to get an idea of where "good performance" on each currently stands.

First off on Facebook - according to RivalIQ's data, the average Facebook Page engagement rate remained flat from its 2019 report at 0.09% 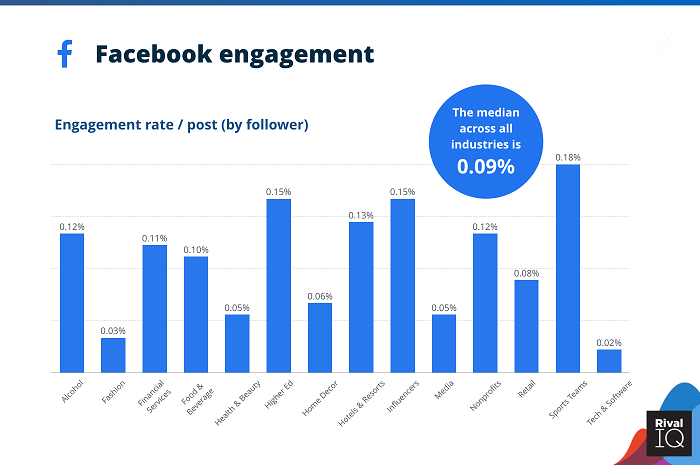 That's not exactly inspiring - brand engagement rates on Facebook have remained fairly low, overall, for some time, though RivalIQ does note that the "Higher Education", "Influencers", and "Sports Teams" categories did see relative increases over the last year.

Of course, most Facebook Page managers would be aware of this, and there are other benefits to Facebook activity beyond organic engagement. But it's worth noting the comparative benchmarks when analyzing your own Facebook Page performance.

In terms of posing frequency, RivalIQ found that the average Facebook posts per day across all sectors decreased by about 14% in 2019. 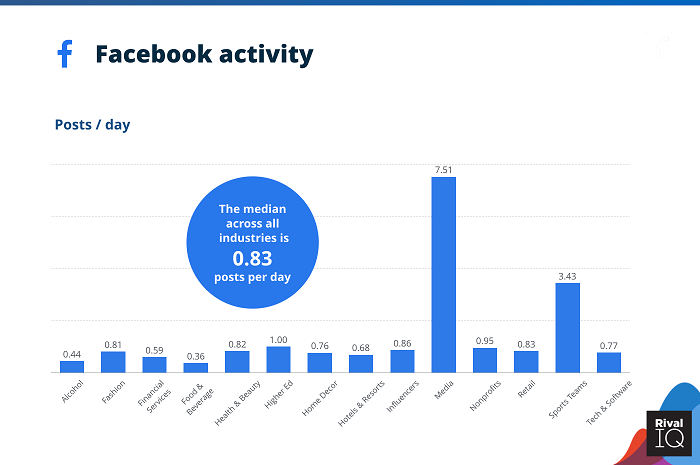 It's difficult to say what would have lead to that decrease - brands seeing less response? Not wanting to flood News Feeds? It's worth noting that, in the past, Facebook has advised that brands should:

“Post frequently - Don't worry about over-posting. The goal of News Feed is to show each person the most relevant story so not all of your posts are guaranteed to show in their Feeds.”

So if over-posting is a concern, that's likely outweighed by the algorithm anyway. But maybe brands are simply making other platforms a bigger focus, and that's lead to a slightly lower average posting frequency on The Social Network.

So, what's the average engagement rate for brands on Insta? 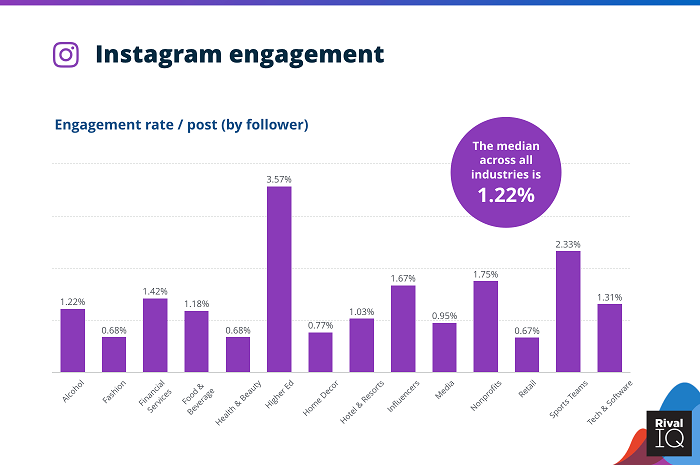 Overall, the engagement rate for brands on Instagram has dropped - as per RivalIQ:

That's likely due to that increased focus - with more brands now competing for attention on the platform, everyone takes a bit of a hit. Still, 1.22% is a lot higher than Facebook, pointing to the ongoing opportunity of Instagram for engagement. 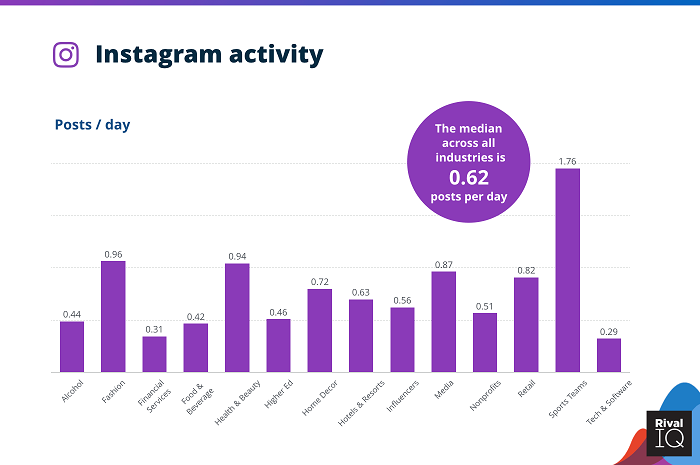 Not a huge reduction, but brands are not ramping up their Instagram activity in response to increased usage. This also doesn't incorporate Stories data, where, as noted, more businesses are now looking.

On Twitter, the data suggests that average tweet engagement has also dipped just slightly, down from 0.48% in its last report. 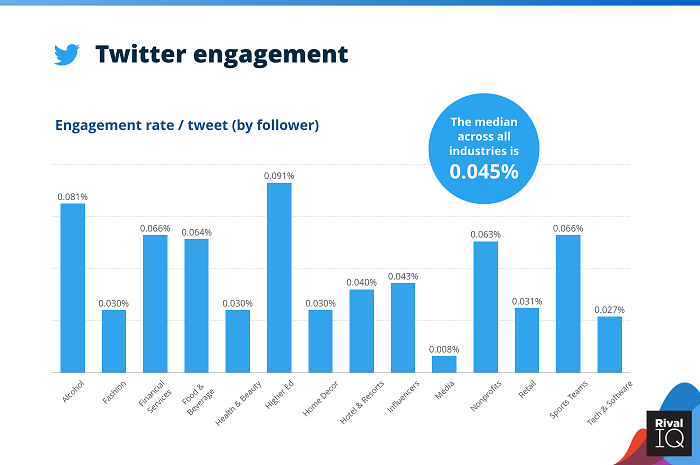 "Twitter engagement remained consistent for the third year in a row, with Higher Ed and Alcohol staying ahead and Media pulling up the rear because of their high-frequency posting."

It's interesting to note the relative variance by sector, and to get some idea of what average tweet performance actually looks like. Maybe your business is doing better than you thought - and maybe, Twitter is a relatively good performer for you, based on the data.

Of course, as with all platforms, there are additional benefits to maintaining a consistent Twitter presence, but having some perspective on this element can be helpful in understanding your results.

In terms of tweets per day, tweeting frequency declined by about 10% this year. 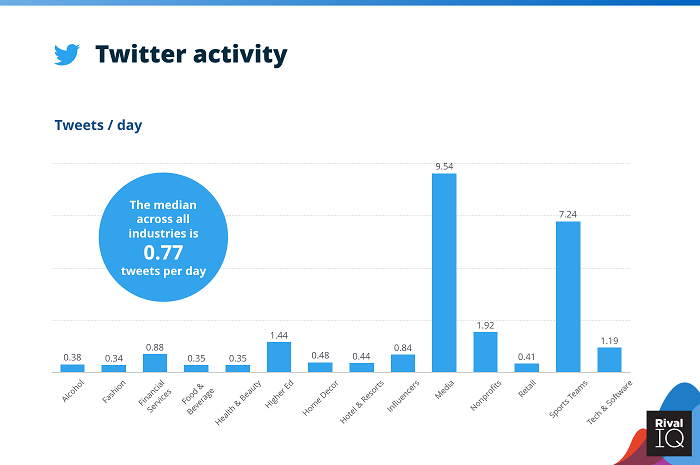 This isn't a major surprise - with Twitter's algorithm now highlighting tweets of interest to each individual user, that's lessened the impetus to tweet so often, to a degree, while in some ways it also acts as a disincentive to such, as your tweets from the previous day can get clustered together in the listing, and potentially overwhelm followers.

Twitter's also not driving as much referral traffic as it once was, which is also somewhat reflected in the engagement stats. That's seen some brands re-asses the amount of time they're spending on the platform. Overall, tweet engagement is up year over year, according to the platform's official stats, but the re-focus on conversations has seemingly impacted brand tweet engagement, at least to some degree,

There's a heap more insight in RivalIQ's full report, including industry-specific data and insights to help improve your strategy.

You can check out the full 2020 Social Benchmarks report here.