Facebook's vision of creating an alternative currency that will better connect the world through its platforms could face some significant challenges in take-up - and that's before you consider the regulatory concerns already raised by officials.

In order to measure the public's interest in Facebook's coming Libra currency, and whether people actually intend on using it, messaging and calling app Viber commissioned a survey of 2,000 people in the US and UK (1,000 in each region) to get their impressions of the option.

And the results - as you might expect given Facebook's more recent track record on data security and privacy - are not overly positive.

In the US, Viber's research found that nearly half of all Americans say that they would not trust Facebook at all in regards to keeping their information secure - while less than 3% of Americans say they would be willing to try Libra for payments. 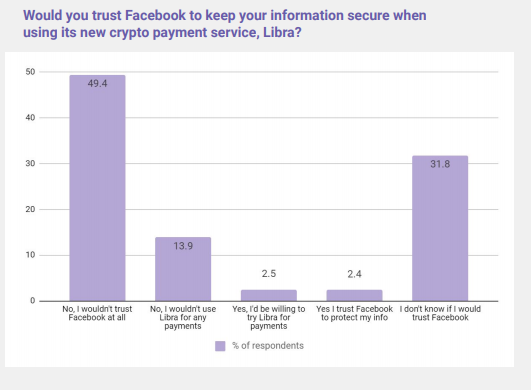 Interestingly, those trends hold fairly firm across demographic sets - though younger respondents are more inclined to put their trust in The Social Network. 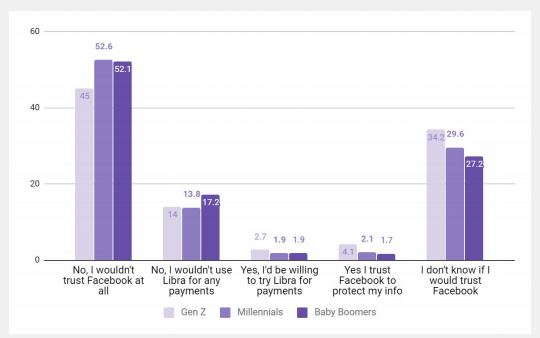 In the UK, the responses were similar, with even fewer Brits indicating that they'd be willing to try Libra for payments. 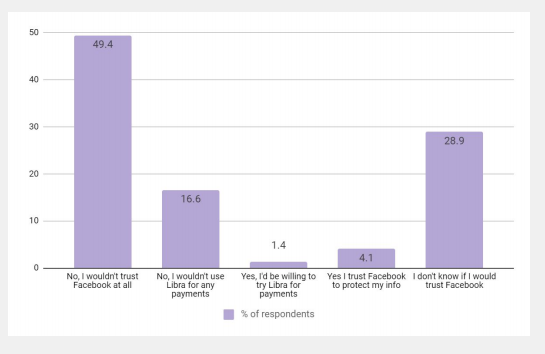 Of course, Libra hasn't been released as yet, and the initial impressions are, unsurprisingly, not overly positive, given Facebook's aforementioned track record, and the general distrust of cryptocurrencies. The real truth, however, will likely come down to how beneficial Libra can actually be - if Facebook can provide an easier way to make payments, with less friction and cost, then it'll likely win out, regardless of other considerations.

Definitely, Facebook has a way to go to win back consumer trust in the wake of the Cambridge Analytica scandal and other issues, but the company is already working towards this, with additions like the new oversight measures announced this week as part of a settlement with the FTC.

And no doubt Facebook is well aware of the challenges it faces in this respect. But then again, Facebook is already facing significant challenges in regards to user trust, yet Facebook was still able to add another 39 million active users in the most recent quarter.

The key is utility. People don't trust Facebook now, yet for the most part, they haven't stopped using the app because it's become a key element in their interactive process, a means to keep them connected to the people and things they care about. If Facebook can provide the same with Libra, these initial concerns will likely dissolve over time.

But right now, the challenges before it are clear.