Pinterest is Now Up to 265 Million Users, Added 51 Million Within the Last Year

It's not on the same level of overall popularity as Facebook and Instagram, but Pinterest, which is moving closer to launching its initial public offering, has released some updated usage stats, which show that it now has 265 million monthly active users, up from the 250 million that it reported back in September. 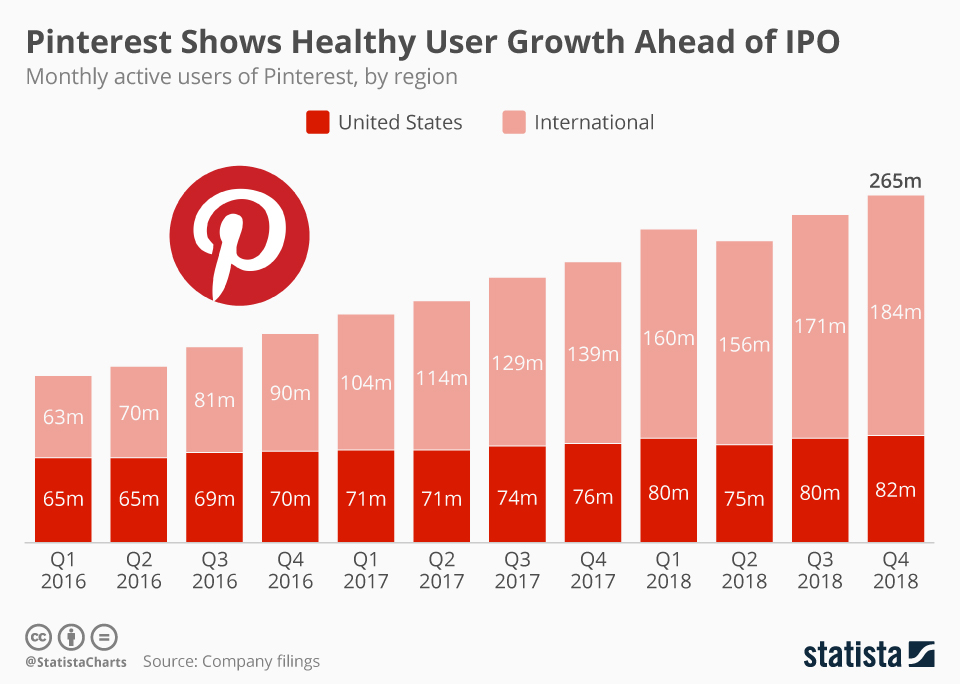 The numbers were released as part of Pinterest's S1 filing ahead of its IPO - and as noted by Statista, while Pinterest's user count isn't as big as other social platforms (which Pinterest has repeatedly said it is not), the platform does have a demonstrated record of steady, ongoing growth.

"[Pinterest's user numbers place] it ahead of Snapchat, but behind Twitter, Instagram and of course Facebook. As opposed to Twitter and Snapchat however, Pinterest’s user base is still growing at a decent pace. In the past year alone, the company added 51 million monthly active users, mainly thanks to strong international growth."

As we've noted several times in the past, Pinterest presents significant, and growing opportunities for brands looking to reach consumers in a shopping mindset, and the data here supports that once again - while it may not offer the scale and potential reach of other social networks, Pinterest could actually offer more actionable, beneficial potential due to the way in which consumers use the platform to find products, specifically.

Indeed, Pinterest says that 90% of weekly Pinners use the app to make purchase decisions, while 78% of Pinners say content from brands on the platform is helpful. Add to this Pinterest's advancing systems for product recommendations based on image recognition, and its evolving tools for facilitating on-platform purchases, and you can see why Pinterest has chosen now as the time to go public.

It may not be the most significant platform on your digital marketing radar, but the stats here are worth considering. Maybe you should open up your Pinterest app and have a look at what's on offer from brands within your niche or sector, and see how they're utilizing the platform.