After it was spotted in testing last month, Pinterest has this week officially announced the launch of its new 'dark mode' option in both the iOS and Android versions of its app. 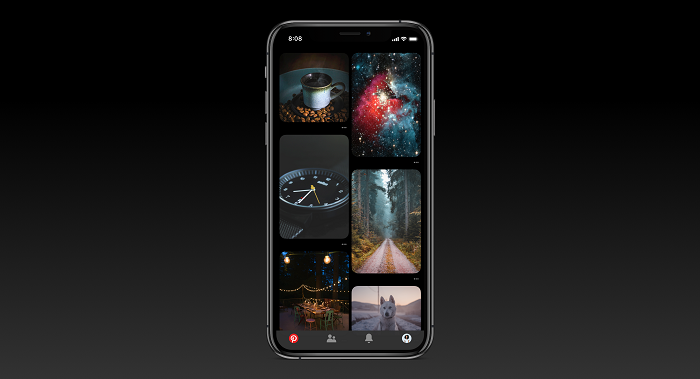 "We hear from many Pinners that Pinterest is how they end their days - by looking at inspirational plans and calming Pins before dozing off (relaxing videos are up 474% and searches for calming phone backgrounds are up 77%). We’ve also heard though, that the white background can be too bright when they’re winding down with recipes, dream travels and latest fashion finds."

Pinterest says that 'dark mode' is regularly one of the most requested features, and it's looking to cater to that demand by adding the option "which can be easier on the eyes, better for nighttime browsing and in some cases, helpful with battery life".

As noted, the new function was first spotted in testing by reverse engineering expert Jane Manchun Wong last month, who posted this image:

Pinterest actually added 'night mode' to its web app in July last year, but up till now, it hasn't been an option within the mobile app. For those who are super keen on the function, it has been possible to apply dark mode to the web version and then log in via a mobile browser, as opposed to the app itself - but this announcement will now render that workaround obsolete.

Dark mode for Pinterest is launching globally from today on the latest versions of Pinterest on iOS and Android.