Back in 2015, leaked documents outlined Pinterest's ambitious growth plans. The company, which at that time was generating around $25 million in revenue per year, projected an increase in monthly active users to 329 million by 2018, and a jump in revenue to a massive $2.8b.

And while those projections were indeed ambitious - and it's now a year beyond that initial mark - the platform is not so far off. I mean, revenue-wise, it still has a way to go, but at the end of 2019, Pinterest sat at 335 million MAU, while it exceeded a $1b in revenue for the first time.

Slowly, quietly, Pinterest continues to build its case for advertiser investment. Here's a look at the platform's Q4 2019 performance data.

First off, on users - as noted, Pinterest is now up to 335 million monthly actives, which is an increase of 26% year over year. 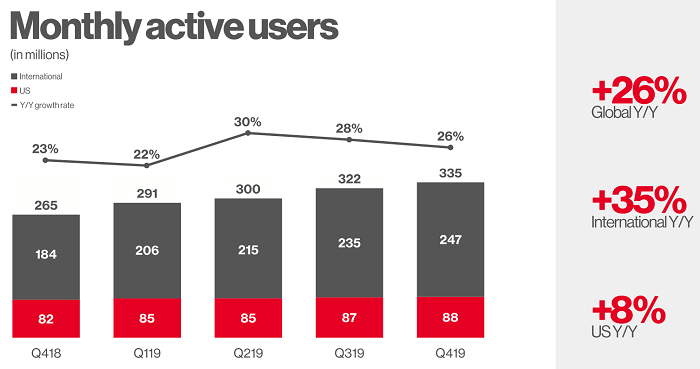 Pinterest increased its US audience by 8% in 2019, while its international MAUs jumped 35%. Pinterest is particularly popular in European markets, with growing user bases in the UK, Germany, France and Italy, while it's also been making moves to boost platform usage in India and South-East Asian regions. At this stage, developing regions don't contribute significantly to Pinterest's bottom line, but that expanded reach will ensure that the platform is well-placed to maximize opportunities into the future. 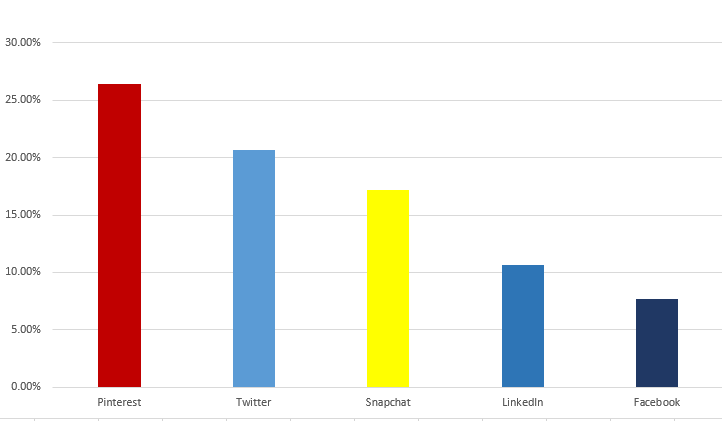 Given the variable metrics, it's difficult to make a direct comparison, but based on the figures each platform chooses to highlight in their respective reports, Pinterest is growing faster, which is definitely worthy of note.

The next challenge then is to convert that audience into revenue - which, given Pinterest's focus on product discovery, and increasingly, in-stream purchasing, should be its strength. 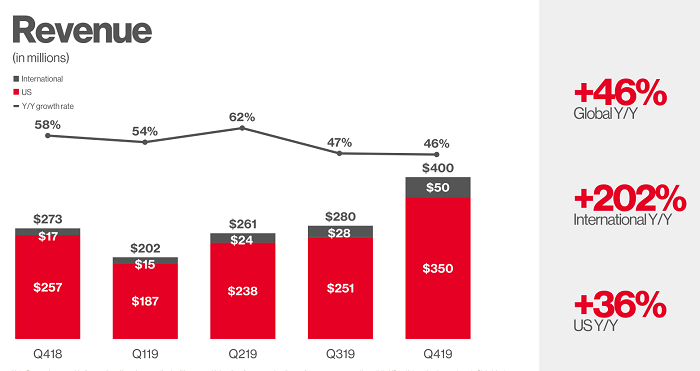 Pinterest says that it saw continued strength in its conversion optimization products, which optimize Pinterest ad reach based on user actions, while it also benefited from higher investment from CPG advertisers. Pinterest also notes that the number of active advertisers on its platform has more than doubled year over year - "representing the highest rate of growth in over three years".

Another interesting element is the rise in interest in brands uploading their entire product catalogs to the platform, an option that Pinterest rolled out in March last year. Pinterest says that catalog feed uploads "increased 70% sequentially in Q4", while clicks on related pins were up 2X YoY.

Also, video continues to grow on the platform. Pinterest says that there were 6X as many video views in 2019 as there was in 2018. Video is the top-performing content type on all social platforms, and Pinterest, going on this data, is clearly no exception.

In terms of revenue per user, Pinterest's global ARPU grew 15% year over year to $1.22. 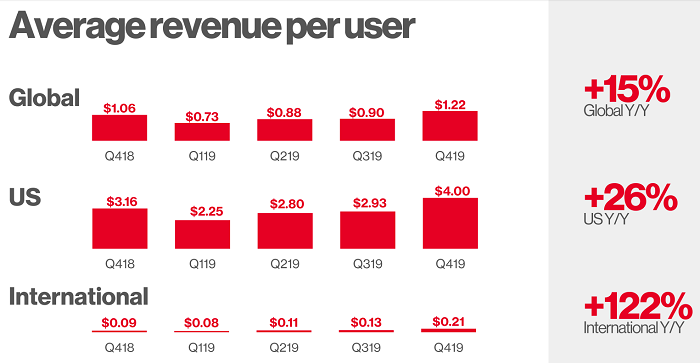 There's still a way to go for Pinterest's international market performance, but that may also point to significant opportunity. Pinterest is still expanding its advertising platform, with Germany, Austria, Spain and Italy only getting access to Pinterest ads last March. On balance, when looking at the expansion rates and opportunities, there's good reason to be optimistic about Pinterest's potential moving forward.

But then again, Google is watching. As Pinterest continues to branch further into product discovery, that takes search market share from The Big G, which Google is not going to take lying down. Over time, Google has continued to roll out various new, Pinterest-like options, which seem designed to nullify Pinterest's potential, and protect its core business.

Of course, Pinterest's market share is tiny by comparison, but if Google were to get more aggressive in protecting its turf, that could be a concern for Pinterest moving forward.

But outside of that, the platform does appear to be on the right path, with opportunities rising, and usage and advertising interest evolving as time goes on.

Also, this is interesting:

"In the coming months, we’re planning to launch the Pinterest Verified Merchants (VMP) Program, which will be focused initially on fashion and home decor. Pinners will see VMP checkmarks next to all merchants in the program so they’ll know they’re browsing and shopping from a brand that meets our guidelines."

Pinterest will soon have its own verified checkmark for approved brands, another solid step for the platform as it continues to grow.