A key trend of note which may be going under the radar, particularly for many older web users, is the usage of group video chat to ‘virtually hang out’ from any location.

Group video streaming app Houseparty, from the makers of Meerkat, lead the trend, which then saw Facebook push group video chat in Messenger, then in Instagram also. Instagram even acknowledged this in their announcement of their live streaming option, with Instagram Live product manager Shilp Sarkar noting that:

Facebook followed this with the launch of its own, dedicated group video chat app, called ‘Bonfire’, underlining how serious they’re taking the shift.

After Snapchat’s rise, Facebook’s very keen not to miss the boat on the next big trend, and those trends generally originate from younger user groups then flow through. 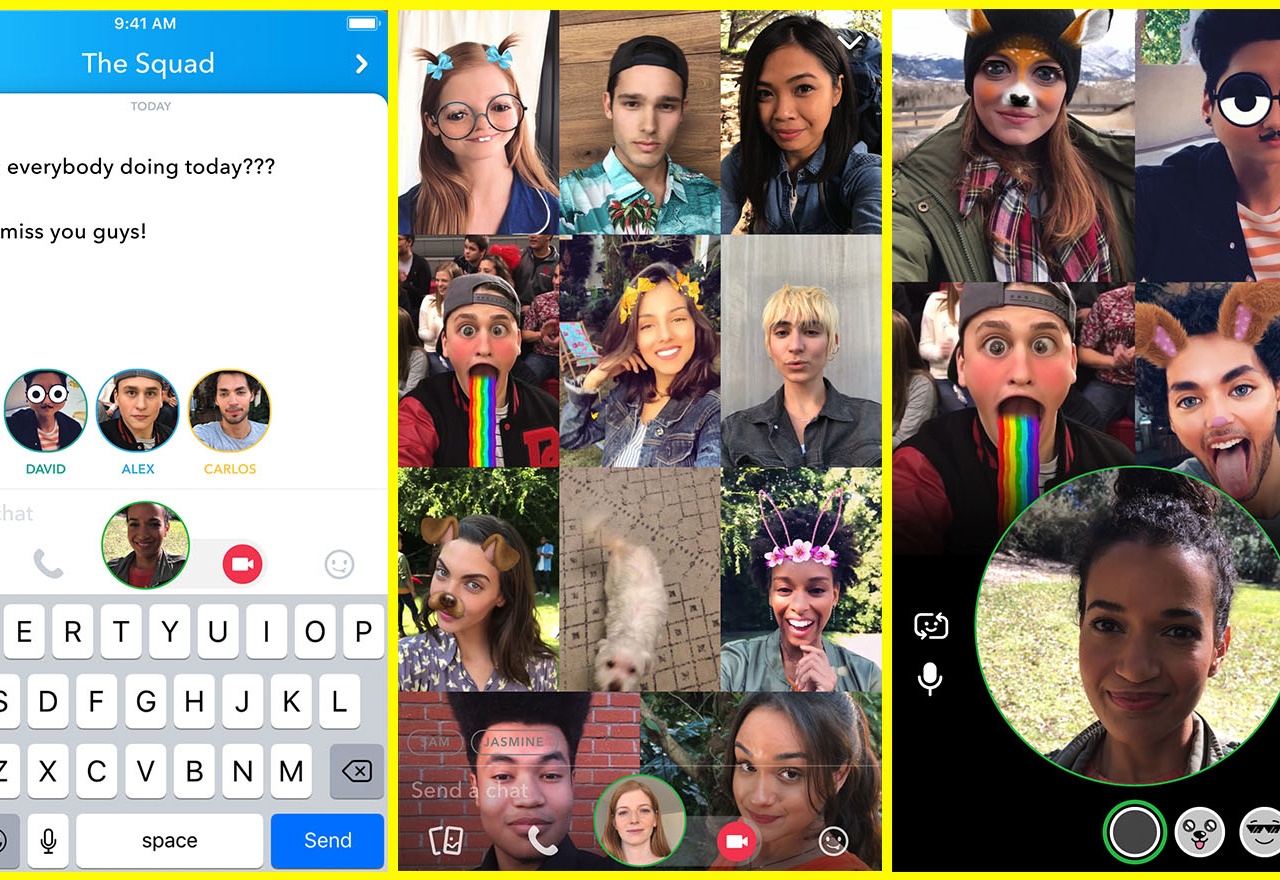 “Today, we’re making Chat even more fun. Now you can video chat with up to 16 of your friends at one time. Just tap the video camera icon in a Group Chat to get your friends together! Friends in the Group Chat will receive a notification inviting them to join.”

The addition makes perfect sense for Snap – recent data showed that Snap users are 64% more likely to share Snaps direct with friends than they are to post to their Stories, reinforcing the desire for more intimate communications within the app, while elsewhere, Facebook has reported that video chats on Messenger doubled in 2017, underlining the rising trend.

Really, Facebook’s launch of Bonfire – which was more recently expanded to Android devices – is enough in itself to suggest this is a relevant trend to watch. Rather than waiting to see whether that becomes a more significant element, Snap’s jumping in now, and ensuring they cater to user demand for such tools.

And just as with Messenger video, in Snapchat group streaming chats, users can apply Lenses to spice things up, while they also join only with their voice, or send messages during the stream.

This also comes as Snapchat launches a broader push around their ‘Snap Inc. is a camera company’ tag line, distancing themselves from their social networking roots.

It’s an interesting angle to take – previously, Twitter re-tagged itself as a news app to shift direct comparison away from Facebook. Snap appears to be looking to do the same, and the approach does have something to it, a more unique viewpoint – though Snapchat is still very much a social networking tool.

Snapchat has also this week confirmed that they’ll now enable user tagging in Snaps, which was seen in testing last month. 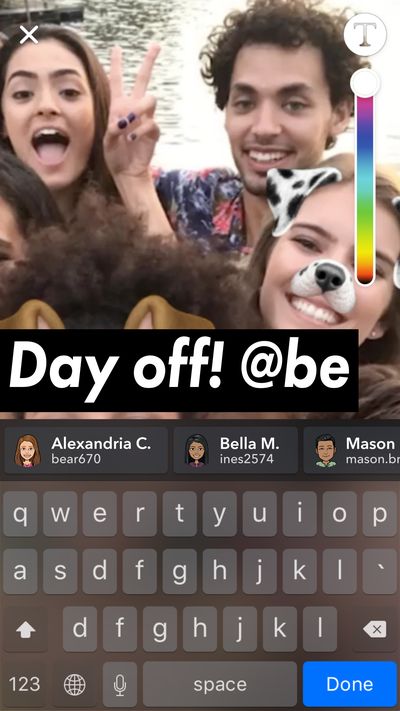 As shown in the above image, to tag another user in your Snap, you type in the @ symbol via the text option, then start spelling out the relevant username. Snap will provide recommendations based on your contacts. Once a tag is added, viewers will be able to swipe up to add the person as a friend or view any public Stories they’ve posted. Tagged users will be notified in the chat window when they’re mentioned in your story.

The option could have benefits for influencer marketing and cross-promotion, while also enabling greater discovery within the app.

And one other tidbit of Snapchat gossip – Snap’s also reportedly looking to introduce a new collaborative feature called ‘Snappable’, with data relating to the option spotted in the app’s back-end code.

As per Killer Features, the code entry for the option reads:

"Send Snappables to invite viewers to play along! They can add themselves to this Snap, see who else is in it, and save or share it with others. Your stickers, drawings, and other creative edits are removed when a recipient joins in."

It sounds like a relatively minor functional addition, but it could provide new opportunities for branded UGC. For example, you could post a snap from an event or location then ask users to create the most outlandish version of it they can via Snap. It’s hard to say exactly how the option will work – or if it will even be released – at this stage, but it could be another tool to prepare for in future.

Snap’s group video chat tools will begin rolling out to all users globally this week, while user tagging is also being implemented as part of the latest Snap update.