Snapchat Adds New Ad Options Ahead of the Holiday Push

There’s still a lot of uncertainty around Snapchat and the app’s potential to reach and influence large audiences. But one element that’s not in question is its market - various studies have shown that Snapchat, despite slowing growth, is still hugely popular among teens and younger users.

And with those audiences driving significant purchase influence during the holiday season, it makes sense that brands would want to pay attention to Snap’s latest ad offerings, and consider how they can utilize the platform within their broader strategy.

In line with this, Snap Inc. has this week announced a range of new Snapchat ad tools and options, mostly aimed at driving direct response, and guiding Snapchat users through to purchases direct from the app.

First off, Snapchat’s making its shoppable ‘Collection’ ads available to all advertisers via its self-serve ad-buying platform. 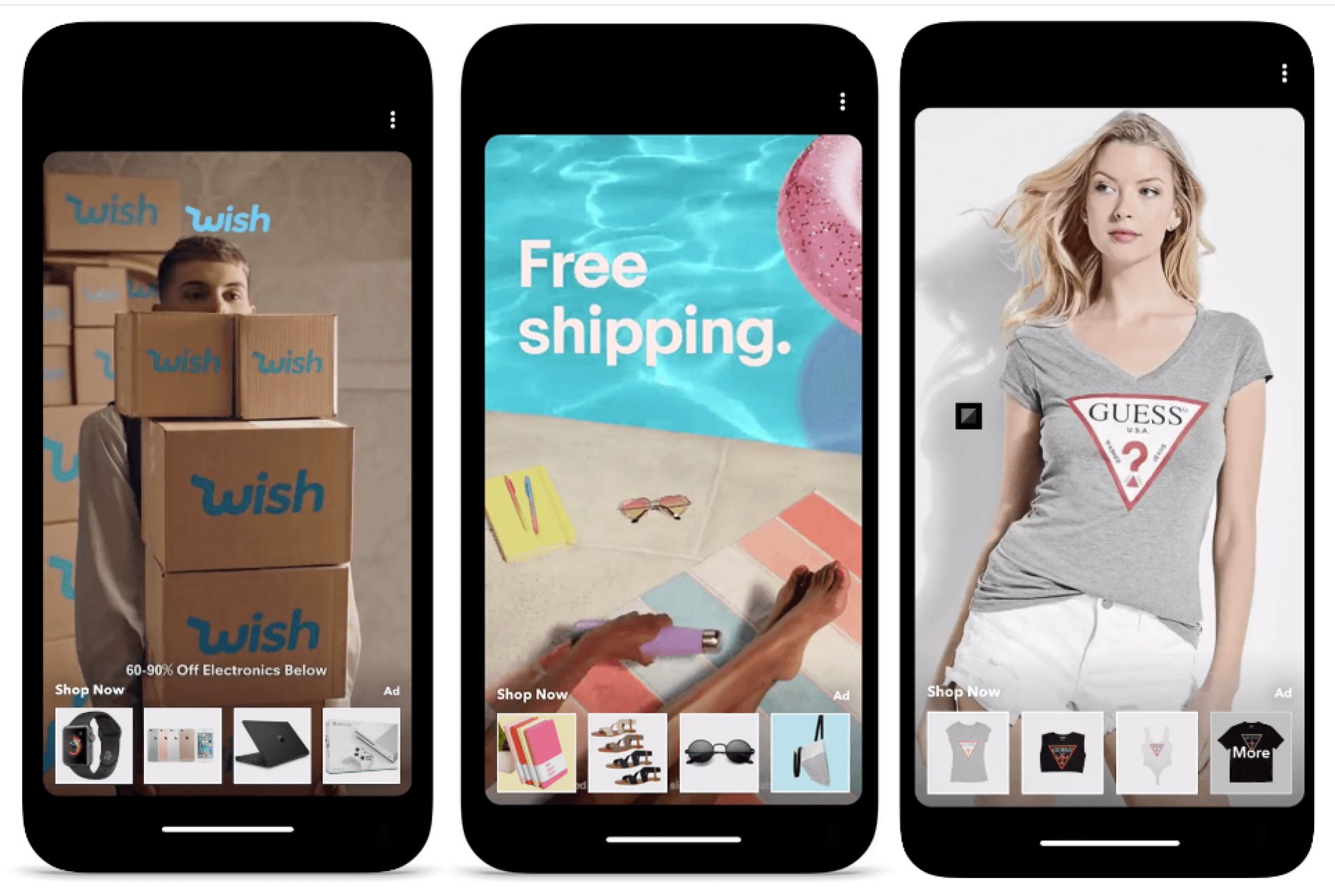 As reported by Marketing Land (and demonstrated in the screenshots above), Snapchat’s Collection ads enable brands to showcase relevant products, with tappable thumbnails along the bottom of a Snap ad. When tapped, the viewer’s taken through to a specific product page, with a link to a purchase option, aligning direct with the Snap content.

Snapchat first started testing the option with selected partners back in June, and those initial testers have reported positive results.

As per Marketing Land:

It’s worth noting too that Instagram – unsurprisingly - has a similar option, also called Collections, which it launched in July.

In addition to this, Snapchat’s also adding a new option which will enable retailers to upload their product catalog feeds, which they’ll then be able to use in Collections and other Snap ads.

A noted, it’s a somewhat difficult time for Snap, with sentiment around both the company’s business strategy, and the app more broadly, seeing a decline in recent months – most notably flagged by the company reporting a drop in daily active users in its most recent performance report. Snapchat has long touted its engagement as its strength – it may not offer the scale that Facebook can, but its users are more tied to the app, coming back to it more often, and thereby more likely to be influenced by what they see within it.

Thus far, Snap hasn’t been able to prove that’s the case, which is why new advertising options like this are so important. If Snap can’t show relevant increases in average revenue generated per user, especially over the peak, end of year shopping season, investors will likely grow more wary of the app’s revenue generation potential, and that could lead to even more uncertainty around its future development.

Whether it’s cool among young people or not, Snap needs to prove its value for advertisers. It has done this in varying capacity, but it’ll need to provide a more compelling outlook on performance in order to offset negative market sentiment.