As Snapchat looks for more ways to increase their revenue potential – as market pressure mounts following a series of underwhelming performance reports – the platform has added in a range of new ad options and tools, the latest being a significant re-vamp of their self-serve ads platform.

Promoted Stories are just as they sound – the new, sponsored stories will appear on the Stories screen for users with a ‘Sponsored’ note above the preview pane – you can see an example from HBO below. 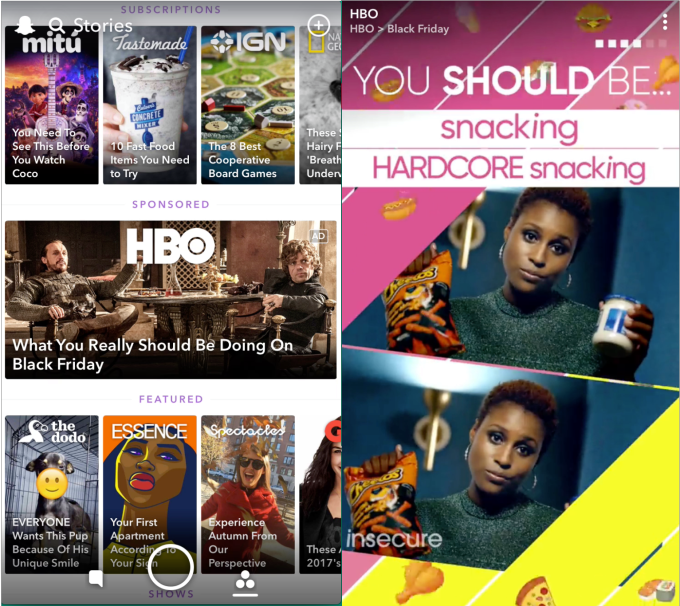 Promoted Stories can include up to ten photos and videos, and are promoted to all users within a given country, displayed on each users’ Stories screen.

The option expands on what’s possible with Snap ads, providing a more immersive, dedicated ad format, as opposed to single Snap ads inserted between other content. The option could prove particularly attractive to big brands looking to broaden their campaign message to Snap’s young audience.

Similar to Snap’s responsive World Lenses, which they launched earlier this year, users will be able to re-size the images, change the colors, then pin them to a spot. They’ll then be able to move around them and get an understanding of what the item looks like in that environment.

In some ways, it’s also similar to Ikea’s ‘Place’ app, which uses AR to help show you what certain furniture will look like in your home.

Snapchat’s variation will likely take a more ‘fun’ than ‘functional’ focus, but still, the idea behind it’s largely the same – you get the ability to see what the item looks like in different situations, and the brand gets the advantage of having their products shared through Snaps.

As noted, Snapchat needs new products and tools in order to show the market that it’s able to generate significant revenue from its user base. With Instagram Stories severely impeding the app’s growth, its only avenue is to improve its revenue per user stat, and show, as it says, that their 178 million users are not only engaged, but are influenced by what they see in the app.

Providing new ad options will help, but Snapchat also needs to be careful it doesn’t get too ad happy, which could upset its core audience.