Snapchat has launched a new digital art project, in collaboration with the Los Angeles County Museum of Art (LACMA), which will see five digital 'monuments' placed around LA "that explore history and representation for communities" across the region.

As you can see in the video, the new digital monuments will be viewable through the Snap camera, enabling users to engage with these expanded installations, while also opening up the projects to new audiences around the world.

"Designed to be experienced at locations around the city through the Snapchat Camera, you can find them at sites including LACMA, MacArthur Park, Earvin “Magic” Johnson Park, and Los Angeles Memorial Coliseum. Those in the area can discover the virtual monuments easily by looking for their markers on the Snap Map."

The new project is the latest in Snapchat's ongoing exploration of AR as an artistic medium, and a form of presentation for modern artworks. 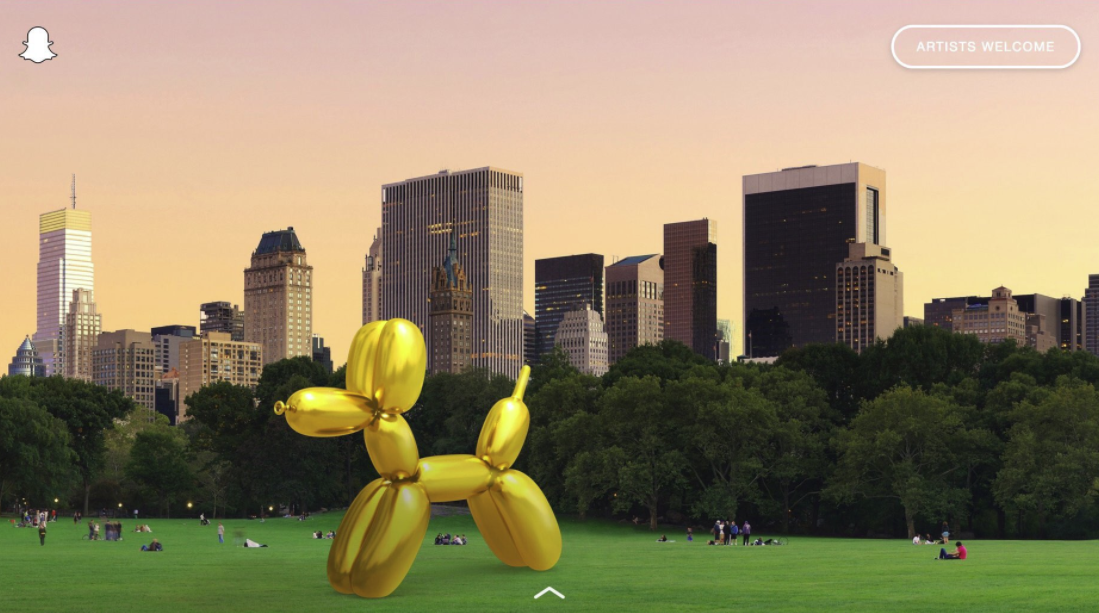 Through such experiments, Snap is providing a new pathway to not only using AR for novelty or gimmick-driven purposes, but also to advance the medium, and establish it as a genuine art form, providing a platform to present these new works to large-scale audiences. And with the growth of digital art via NFTs, that could be an important element, while also enabling Snap to build a genuine creative culture around AR tools, rather than simply looking to maximize basic engagement and metrics.

Through this project specifically, Snap is also looking to maximize advocacy and representation in its art projects, and it's another powerful example of how modern options are advancing our creative capacity, and providing new ways for artists to connect with new audiences.

That could be important, in more ways than one - while it also enables Snap to remain at the forefront of the rising AR shift, which is set to gain significant momentum with the arrival of AR-enabled wearables and other devices.

Snap's work here is actually more important than many realize. The next generation, for example, will only know a world where AR has existed, and the next cohort of creators are increasingly likely to be digital artists, armed with AR expertise.

That will boost audience expectations around the same, and soon, every art gallery will need to be investing in AR tools to facilitate expression.

The AR shift will be significant, and Snap looks set to be a significant part of it.

If you're not in LA, you can view Snapchat's new digital monuments via the LACMA website.