Snapchat is making its Lenses ad format available within its Ads Manager tool, while it’s also working with companies to create new branded versions of its ‘Snappables’’ AR games. 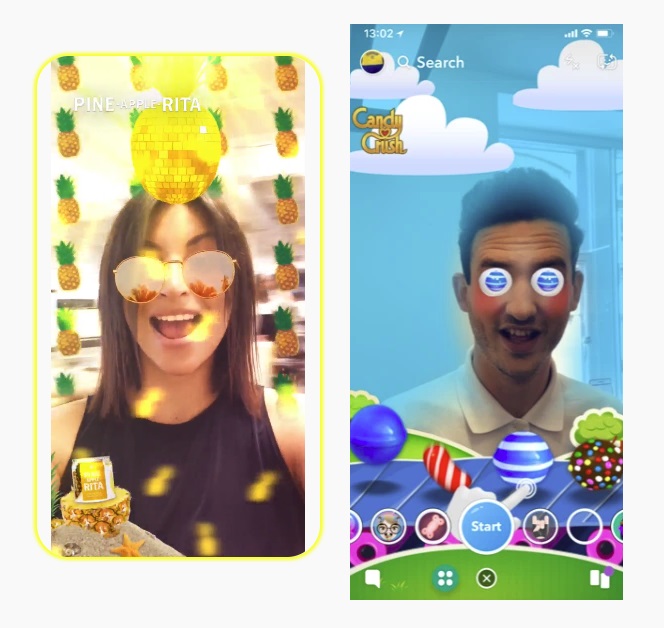 First off, on Lens ads – while Lens ads have been available for some time, Snapchat’s now making them more accessible, with the entire process now facilitated through Snap Ads Manager.

“Starting today, advertisers - both big and small - can run and manage their own AR Lens campaigns directly from Snapchat’s self-serve tool. From uploading Lens creative to buying and measuring campaigns, today’s update turns Ads Manager into a one-stop shop for all things advertising on Snapchat.”

Lenses have been one of Snapchat’s most popular options, and one of the key reasons behind the app’s growth to this point. According to Snapchat’s data, more than 70 million people access their AR Lenses every day, using the tools for an average of three minutes per session. That’s a lot of engagement, and the viral boost that can come with an effective Lens campaign can amplify your brand message even further.

The initial launch of Snap’s self-serve Lenses will allow for “Reach and Frequency” audience buys, while they’re also looking to introduce a new “Lens attachment” ad format, which will let viewers swipe up on a Snap Ad to unlock a Lens.

The addition of full Lens campaign functionality to Ads Manager builds on the expansion of Lens Studio, which they upgraded to a broader set of Lens creation functionality back in April.

Snap’s Lens campaigns can be expensive, but in their most recent earnings call, the company noted that the number of Lenses Snap sold had increased by 16% year-over-year. As such, it makes sense for Snap to expand access to more businesses.

In addition to this, Snap’s also working with selected partners to open up its Snappables games to more sponsors.

As per Venture Beat:

“The first sponsored Snappables will go live on Thursday, according to a Snap spokesperson. King (the maker of Candy Crush), Dunkin’ Donuts, and Bud Light are among some of the first companies who will be partnering with Snap on the games at launch. Snappables are multiplayer and high score games that users can play with friends on Snapchat, and are developed around a uniquely designed AR filter.”

The extra interactive element of Snappables will no doubt help boost the offering - though it’s a high-end ad option at this stage.

Snap has already worked with King to promote its app install ads within Lenses, and the new Snappables games seem like a perfect fit for the mobile gaming company. 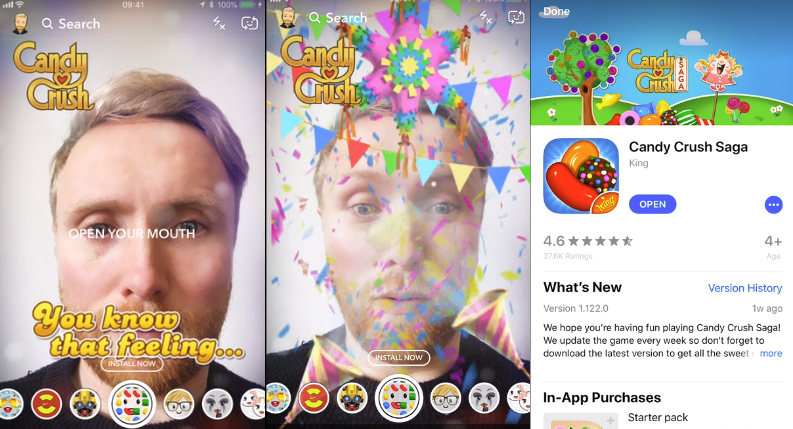 As noted, the new additions aim to capitalize on the popularity of Lenses, which is a smart avenue for Snap to take. Lenses are a hugely popular option, and are widely shareable, which will make them an enticing option for many brands.

Add in the capacity to build unique games and experiences, and it’ll no doubt help Snap improve its allure with big spending advertisers looking to connect with younger markets.