Snapchat's CEO Has a New Strategic Focus - But is it Too Little, Too Late?

I get the distinct feeling that Snap Inc. is in trouble.

This is based on a massive 6,500 word memo which Snap CEO Evan Spiegel sent to employees late last month, and has been leaked to Cheddar's Alex Heath. In it, Spiegel outlines the company's problems, the causes of those issues, and the path toward future success. But that path doesn't seem so clear, especially when you consider the obstacles the company has before it.

First off, Spiegel acknowledges that the Snapchat redesign, which it rolled out earlier this year, was hampered by misjudgments.

"The biggest mistake we made with our redesign was compromising our core product value of being the fastest way to communicate. Our redesigned algorithmic Friend Feed made it harder to find the right people to talk to, and moving too quickly meant that we didn’t have time to optimize the Friend Feed for fast performance. We slowed down our product and eroded our core product value."

Spiegel talks a lot about speed in his memo, and the need to make Snapchat the fastest way to communicate, which, Spiegel says, was the app's core appeal in the first place. Before, of course, it became a camera company. But that, Spiegel says, is part of its speed approach.

It's a little odd to hear such emphasis on rapid communication, because that hasn't really been a key focus before, with Snapchat repeatedly emphasizing quality of experience over load time as one example. That's not exactly the type of speed Spiegel is referring to here - he's saying that Snapchat provides the fastest way to share your experiences because it opens up to the camera, and the immediacy of the original time limit of snaps put more emphasis on quick action.

But if you'd asked me what Snapchat's key appeal was, I don't know that speed would be something that immediately leapt to mind - and even in Spiegel's own explanations of the app's strengths, its hard to see how making Snap communication faster is going to improve its market standing.

In his breakdown of Snap's key focus areas, Spiegel lists the following:

I did laugh a little at the 'widen our moat' point - "Instagram's already copied everything, you ain't got no moat".

But Spiegel, obviously, disagrees. In explaining, Spiegel says that:

"Snap’s moat is comprised primarily of network effects, economies of scale, and our brand."

These might be true in regards to beating out smaller competitors, but Facebook's already pushing them on each of these points - in fact, this is an almost perfect description of Facebook's moat against smaller competitors like Snap. I don't know that any smaller players are really pushing to beat Snapchat - sure, there are always new, similar apps rising and falling, and Snap has grown beyond those grassroots, but I doubt the market is overly concerned about Snap's capacity to fend off newcomers.

That's kind of the sense you get through the whole document - Spiegel certainly makes some interesting, valid points, but most of these moves are coming too late. Spiegel's pretty much saying Facebook is too big to compete against (he actually says this directly in the memo), so he's just, kind of, ignoring them, pretending they don't exist, and that Snap can go on without them in mind.

For example, in talking about how Snap will grow its user base, Spiegel says:

"Growing in new markets like India, Indonesia, Mexico, Brazil or the Philippines will require us to solve problems that are preventing users from unlocking our core product value [...] The opportunity in terms of incremental user growth is enormous because these countries have very large, youthful populations."

That's true, and very correct - in order to grow, Snapchat needs to tap into international markets, particularly in developing regions (the ones that Spiegel had reportedly dismissed as 'poor countries' in the past). But that's going to be a lot tougher to do now that users in each of those markets already has access to arguably better Snapchat-like tools in Messenger, WhatsApp and other messaging apps.

In order to maximize their potential in this regard, Snapchat had to move sooner, but now, Facebook's already bought Stories to these users, they've already bought ephemeral content and digital masks. How is Snapchat going to break into these regions when even according to its own definition of it's 'moat', it won't have the advantage of 'network effects'?

And that may be even more problematic in regards to user growth in established markets.

"Most of the incremental growth in our core markets like the US, UK, and France will have to come from older users who generate higher average revenue per user. This means that aging up our user base and core markets will be very valuable in terms of revenue growth. Growing in older demographics will require us to mature our application and deliver our core product value of being the fastest way to communicate. Many older users today see Snapchat as frivolous or a waste of time because they think Snapchat is social media rather than a faster way to communicate. Changing the design language of our product and improving our marketing and communications around Snapchat will help users understand our value."

So Snapchat, which built its reputation on being the anti-Facebook after The Social Network had been flooded with older users, is now trying to 'age up' in order to grow, potentially upsetting its core user base, while also setting a big challenge in getting those older users to switch across from their established communities in Messenger (i.e. Messenger's 'moat'). Good luck with that.

Again, this is pretty much the flow of Spiegel's message - the messaging sounds positive, it sounds like he has a plan, and it serves as a solid call to action for his team. But it doesn't seem overly realistic.

"...this year we will focus our efforts on our core business and work to increase our daily active users and engagement, improve measurement and optimization, and increase the number of active advertisers."

If those numbers don't start to rise in any meaningful way, Spiegel may be setting himself up for failure.

Spiegel does make some interesting notes about AR:

"For example, we're currently building software that takes the millions of Snaps submitted to Our Story and reconstructs parts of the world in 3D. We can then build augmented reality experiences on top of those models and distribute them as Lenses."

And he does allude to the potential, AR-driven future of Spectacles.

"It also means investing in Spectacles hardware as an enabler of our augmented reality platform. Our investment is a big bet - it’s risky - but if we are successful, it will change the trajectory of Snap and computing as a whole."

(Note: Spectacles are only mentioned five times in the entire document)

But none of it reads like someone coming from a position of strength. It reads like a concerned leader who's realized he's out of his depth, and is now trying to make the best of what he has.

And what does he have? That's the real question of Snapchat. The app clearly has potential, the development team at Snap have come up with some great, industry-leading innovations. But now Facebook is bearing down hard, with elimination of a competitor in its sights. Honestly, I can only see Snap getting out of this by making a huge leap with Spectacles, which is still, possibly, in play, depending on how you read into Spiegel's statements.

After going through Spiegel's manifesto, would I be feeling confident in the future of Snap? Not really, but the more logical, realistic aim of building a profitable business first, then seeking to conquer, is the most promising perspective we've seen from the 28 year-old wunderkind.

It may have just come a little late. 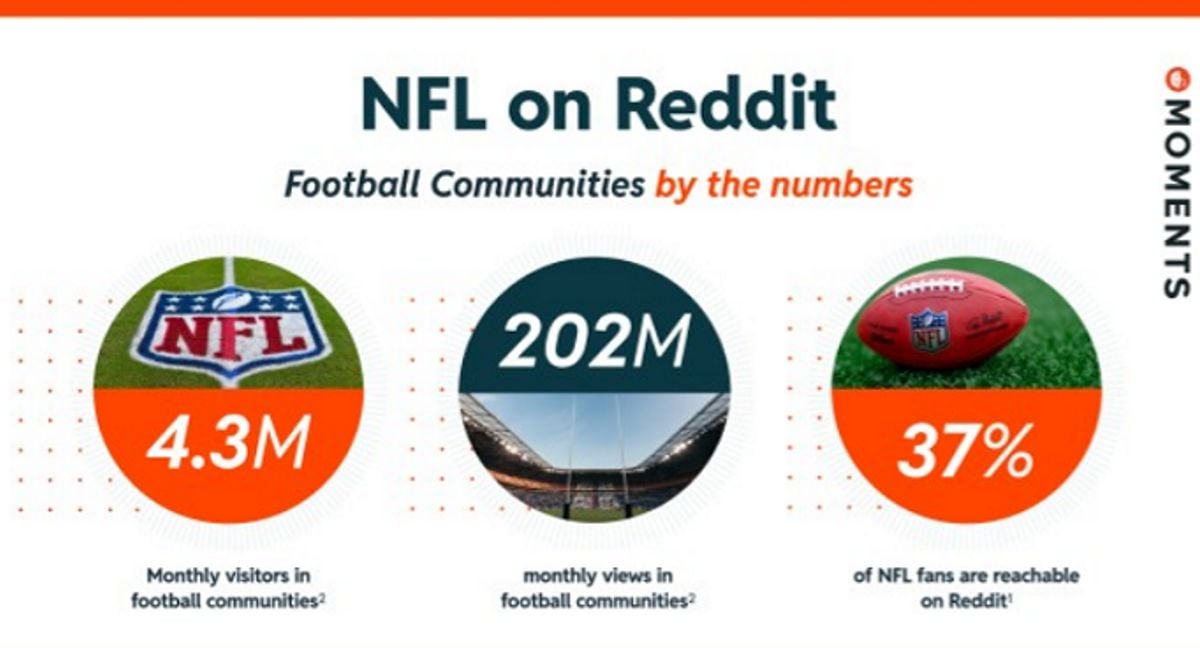 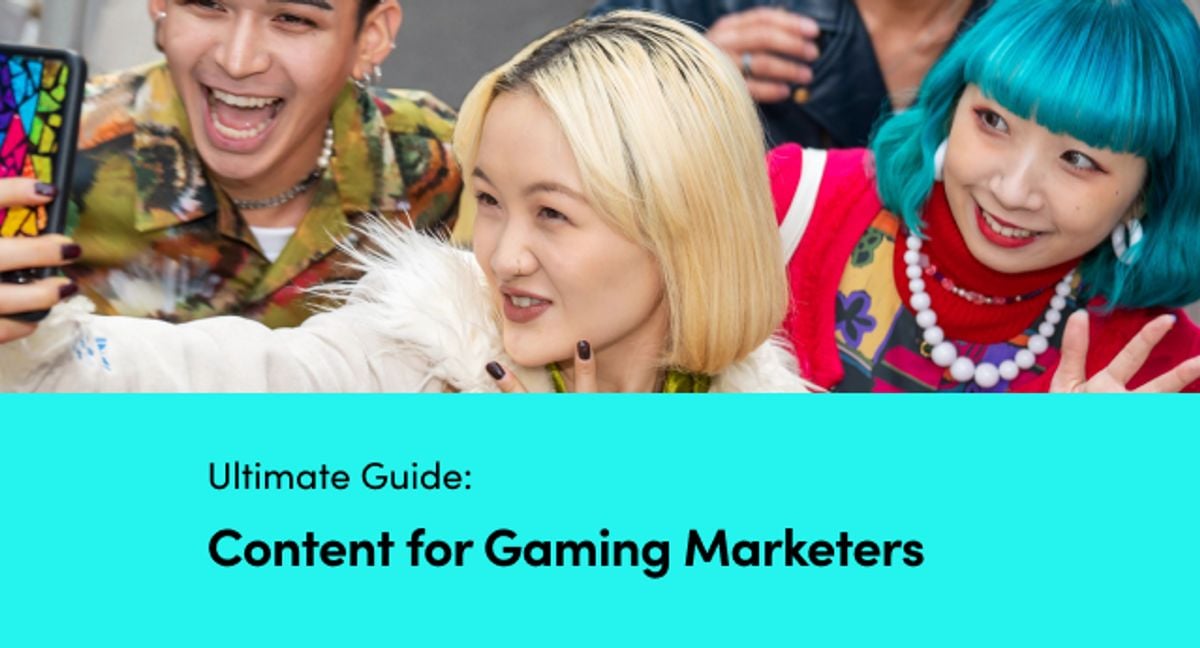 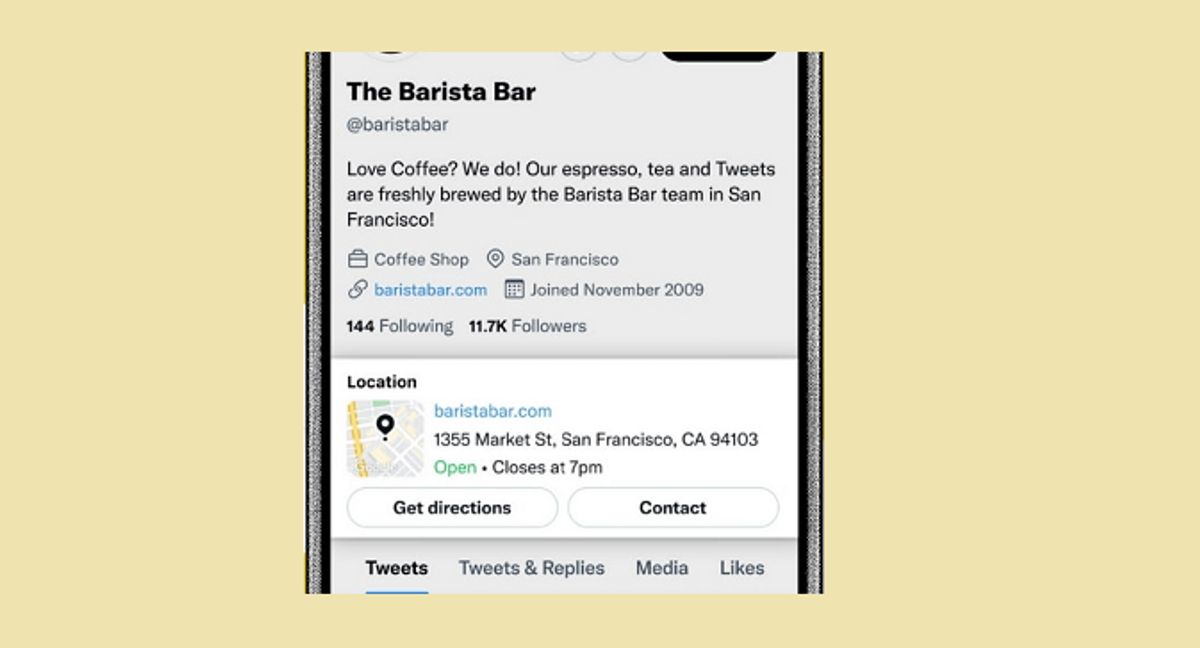 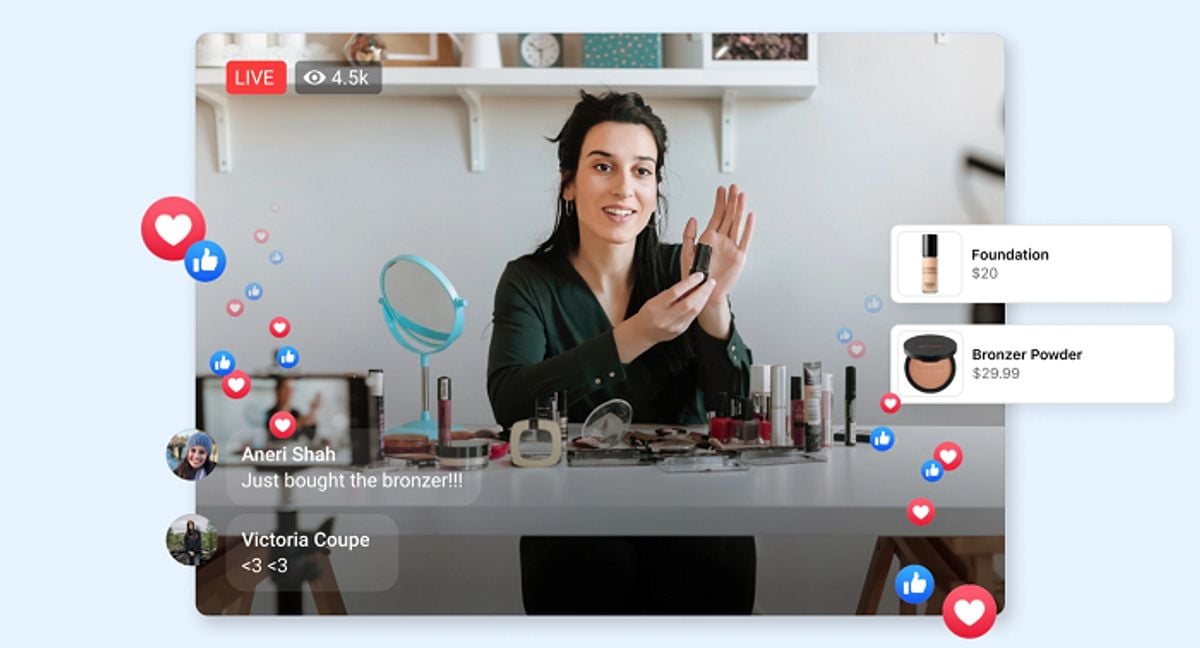 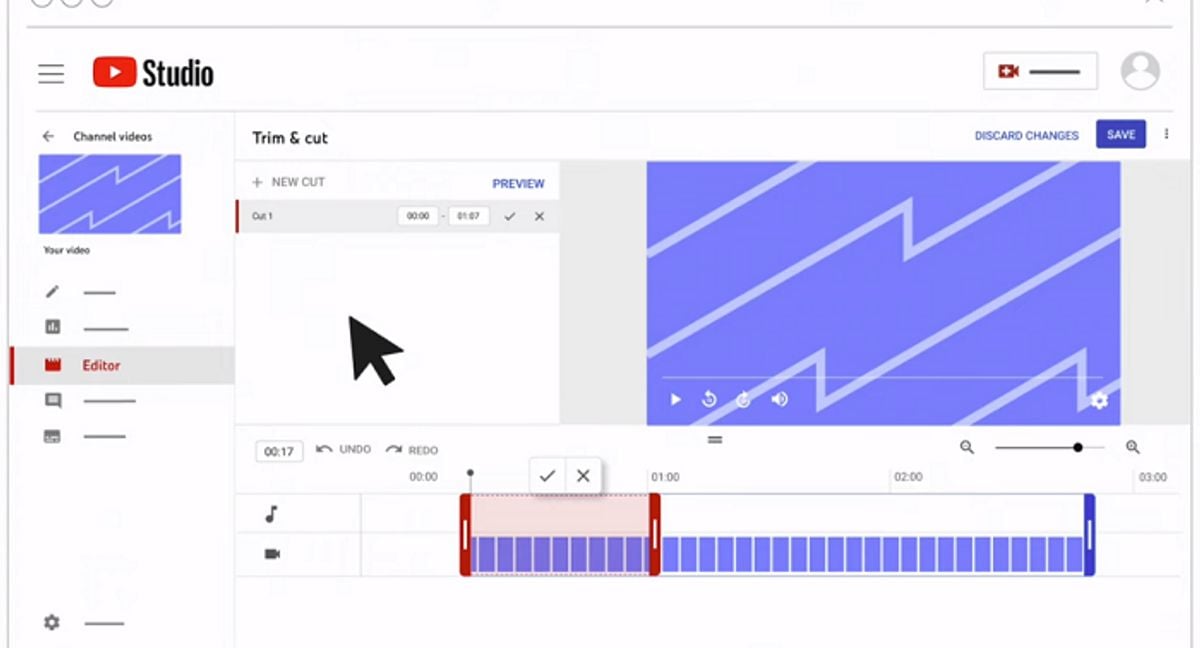 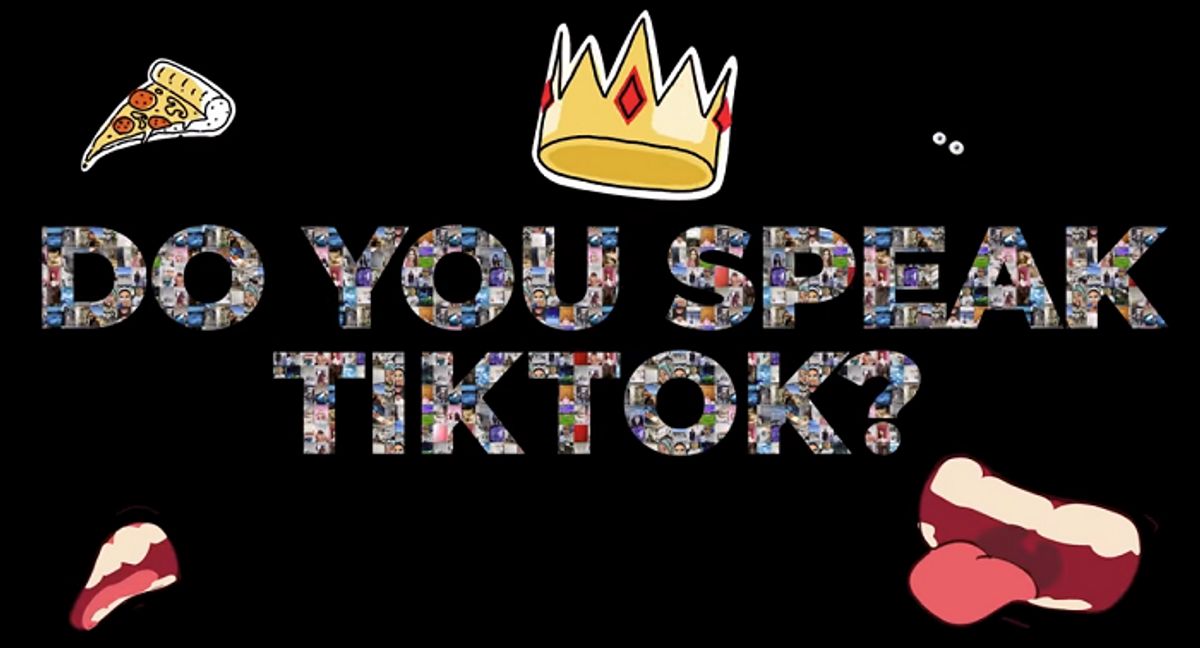