Snap Inc.’s latest earnings report didn’t go as well as the company would have liked, with the data showing a decline in active users (-3m DAU) and only limited increases in Average Revenue Per User – meaning that they’re not only losing users, but they’re not effectively monetizing the ones they do have, at least not in any significant way.

But Snap has hit back at market concerns about its growth, especially in markets outside North America, which Snap has famously not focused on in the past. In a new report on the Snapchat blog, the company says that while its overall audience count may not be huge, it’s ‘addressable reach’ is better than most other platforms can provide. 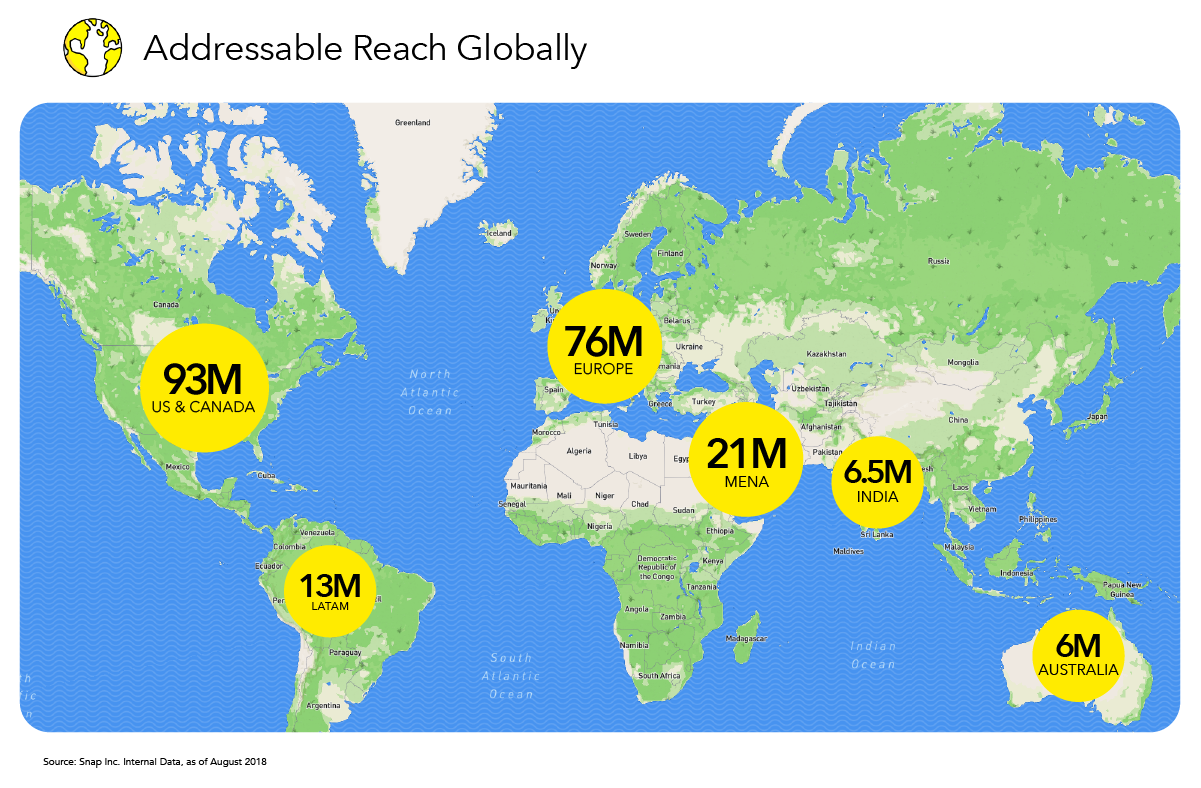 So what is ‘addressable reach’?

“As an advertiser, the frequency with which Snapchatters use our app means there are more opportunities for you to reach them. And perhaps that’s why Snapchat’s addressable reach — the number of Snapchatters who can be reached with Snapchat ads in a month — is meaningful in multiple regions spanning across Europe, Middle East and Latin America.”

Snap says that, on average, the app’s 188 million DAUs open the app over 20 times per day. And that gives Snap an edge, as it means that more of its user base is actually engaged and available. Basically, given the amount of times Snap users open the app, there’s much more opportunity to reach them with new content than through other apps that may not see the same amount of return activity.

It seems a slightly vague way of suggesting that Snap sees more engagement than its competitors, without saying exactly that. For comparison, earlier this year, SimilarWeb reported that U.S. Instagram users were spending nearly 53 minutes per day in the Android version of the app, while Snapchat users were active for 49.5 minutes per day, on average.

Similar figures have been fairly consistent across several usage reports, with Instagram generally seeing a slight lead in active usage – but Snap’s not saying people spend more time in its app. It’s saying that they open it more often, presenting alternate opportunities.

Whether you agree with that or not will come down to your individual perspective on social ad performance - but however you see it, Snap’s presenting this as an opportunity, noting that:

“In many cases, our addressable reach matches or surpasses those of other platforms around the world. For example, in Europe, 76 million people can be reached by Snapchat advertising on any given month. In fact, for countries like Norway, Snapchat ads can reach nearly all of the country’s population.” 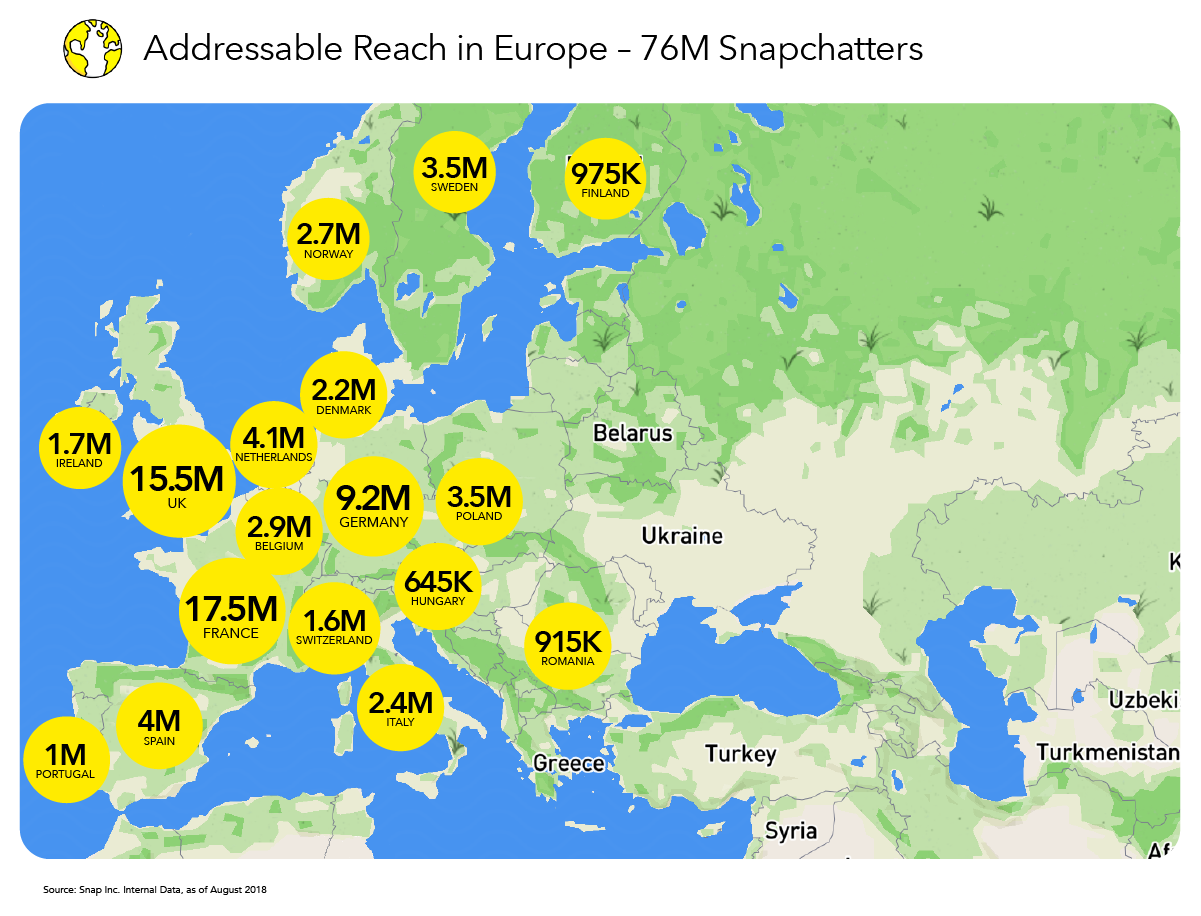 I don’t even know where to begin on that last claim – to be clear, Snapchat currently has 61 million daily active users, in total, across all of Europe. Facebook has 282 million DAU in the same region.

Snap also uses the same metric to showcase its addressable reach in the Middle East region. 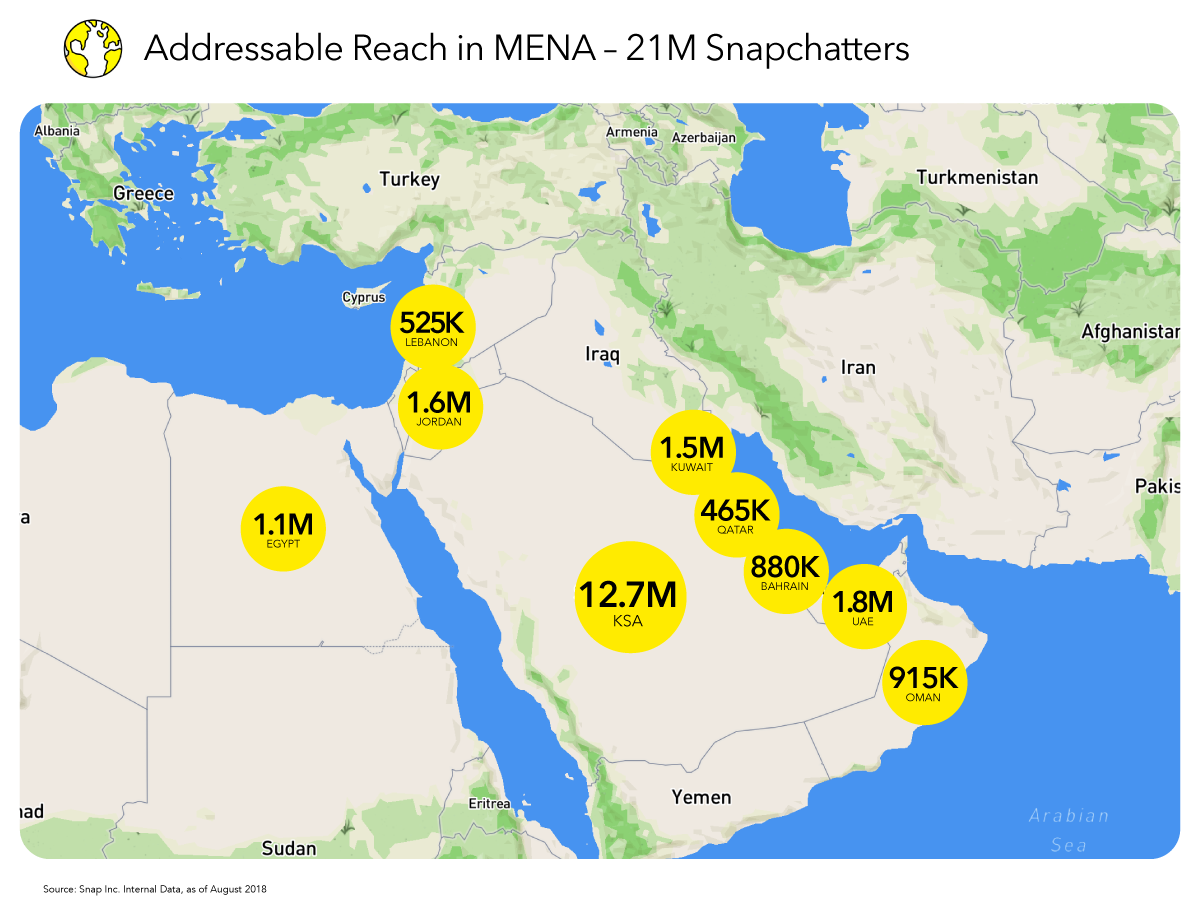 Honestly, I’m not exactly clear on Snap’s goal with this data – as noted, it seems a little vague, an attempt to put a bit of PR spin on the company’s latest poor performance numbers.

But then again, you may see it differently – maybe, through ‘addressable reach’ there are significant opportunities for exposure which you may not see through other platforms. While Instagram may see more time spent, the propensity in which Snap users return to the app could provide more chances for them to see new content - and that could, in some ways, boost Snap’s ad potential.

Maybe. Depending on how you look at it.