Next week, Snapchat will host its first-ever public AR Festival, called 'Lens Fest', which will showcase the latest in AR developments, and celebrate the Lens Creator community.

All Lens Fest sessions will be hosted online (as is the way of 2020) and are free to anybody to attend.

"Lens Fest will be held in an immersive, interactive environment, letting attendees navigate to sessions, demonstrations, a library of tutorials, a gallery of Lens Creators, and more. Each day of Lens Fest will feature three core sessions to educate and inspire attendees, as well as a demonstration in Lens Studio, Snap’s free and public desktop application for any creator or developer to build augmented reality experiences for Snapchatters."

There'll certainly be some valuable insights available here - while Snapchat may not have access to the same resources for its AR tools as Facebook does, the company has consistently been able to come up with new, innovative uses for its AR features, which have brought more and more people back to the app.

This year, for example, Snapchat gained viral traction with its Anime face Lens, which was used more than 3 billion times in the first week after release. 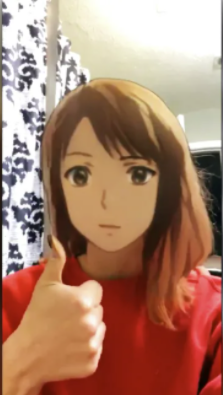 Snap also launched new, shoppable AR try-on campaigns, which enable users to virtually test out new shoes and other items, while it's also expanded its AR scan function to more types of brand logos and bar codes, expanding the potential of its AR experiments.

But the biggest AR innovation from Snap in 2020 was its 'City Painter' collaborative AR project, which enables users to virtually paint Carnaby Street in London, with their creations then remaining in place for other Snapchatters to see.

That points to the next stage of more immersive AR, which could be enabled through fully functional AR glasses - which Snap may be developing as the next phase for its Spectacles device.

Either way, AR is clearly an important element in Snapchat's evolution, and as such, its Lens Fest could provide a range of valuable insight and information on what's coming next.

Lens Fest begins on Tuesday, December 8th at 8am PT. You can read more about the sessions, and register to attend, here.