What's the first thing you do every morning when you wake up? For many of us, it's checking-in with our social media networks, as evidenced by new data from mobile ad platform Opera Mediaworks. Utilizing insights from their client base of over 1.1 billion users (including 90% of the top Ad Age Global Advertisers) across 19,000 sites and apps, researchers from Opera found that social media apps are the most commonly used "first app of the day" for users in the U.S, with entertainment apps most common for "last app of the day" use. 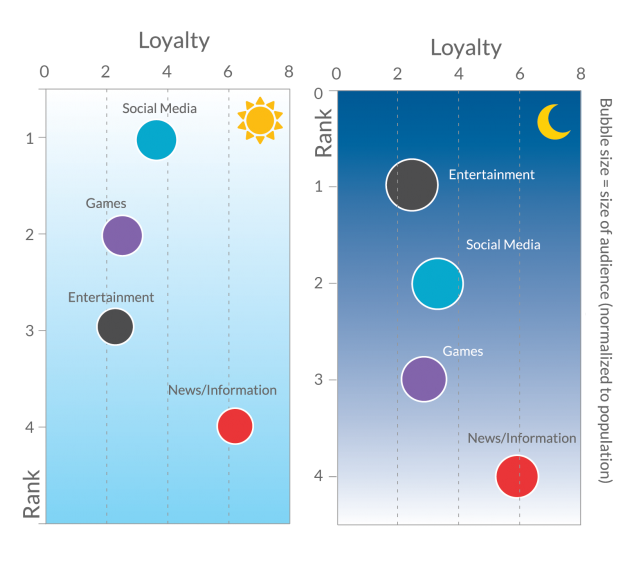 The findings underline the rising importance of social media in our everyday interactions. From Opera's "State of Mobile Advertising - Q2 2015" report:

"We found that there were only four app categories vying for the top position as either first or last app, and each only slightly changed its position between the morning and evening periods. These were News & Information, Entertainment, Games and Social Media."

The researchers also found that apps in the "News and Information" category had the highest loyalty, with the most consistent first and last app of the day usage across the period, while sports apps were the only category to have a larger morning than evening audience.

Such insights provide great context for those trying to reach their audiences at optimal times, as well as contextual information into how and why people are using their mobiles and apps for information purposes. Providing relevant, timelycontent early in the morning might help you gain traction as people check-in to see what's happening amongst their networks.

Among other findings from Opera's report was the global expansion of the mobile advertising market. While the US remains the clear leader in terms of traffic and revenue generation amongst Opera's clients, Africa and the Middle East are both growing in overall market share. 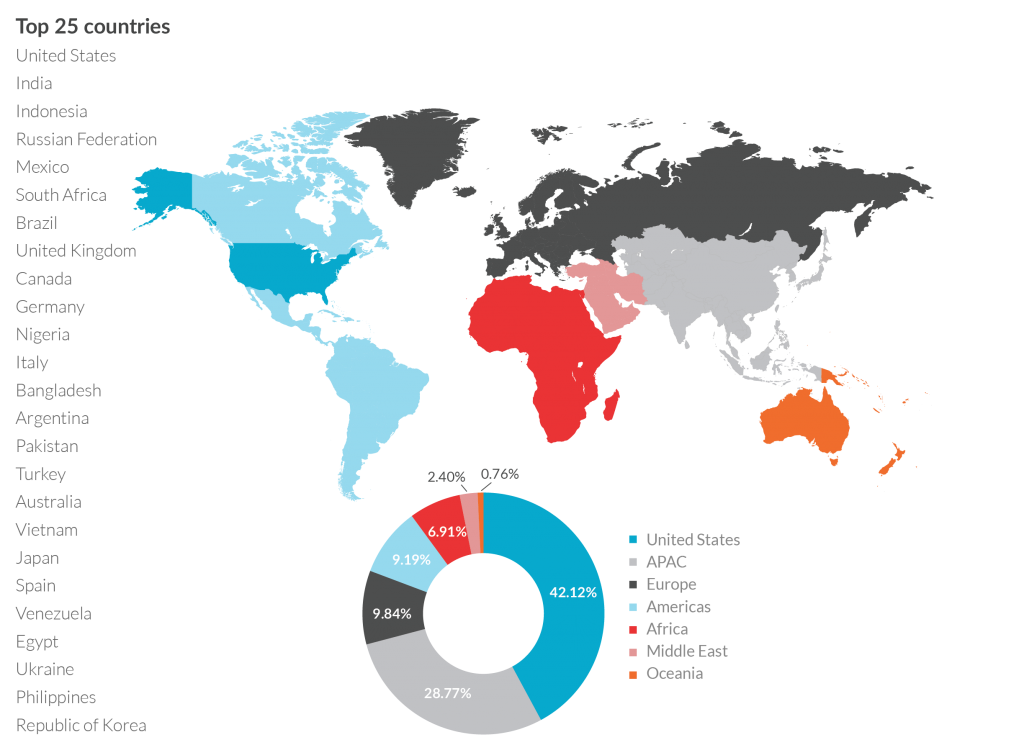 Egypt and the Republic of Korea made the top 25 nations in terms of traffic (impressions served), with France and Colombia falling out of the top ranks since the last survey period.

The researchers also found that the majority of traffic is being generated by mobile apps, which has consistently driven the majority of both ad traffic and overall revenue for their client base.

Interestingly, behaviors relating to web versus app use are vastly different regionally - the APAC region, for example, is the exact opposite of the US, in regards to app use.

This is important to note - usage patterns and behaviors are great indicators on how to best reach your target audiences, so while overall trends might indicate one thing, the more specific the data is, the better, and these figures highlight the importance of such specification within this context.

As would be expected, video advertising has continued to grow across all regions, with Australians showing the most enthusiasm for video ad content. The below chart indicates the ratio of the percentage share of total video advertising provided by Opera Mediaworks to each region 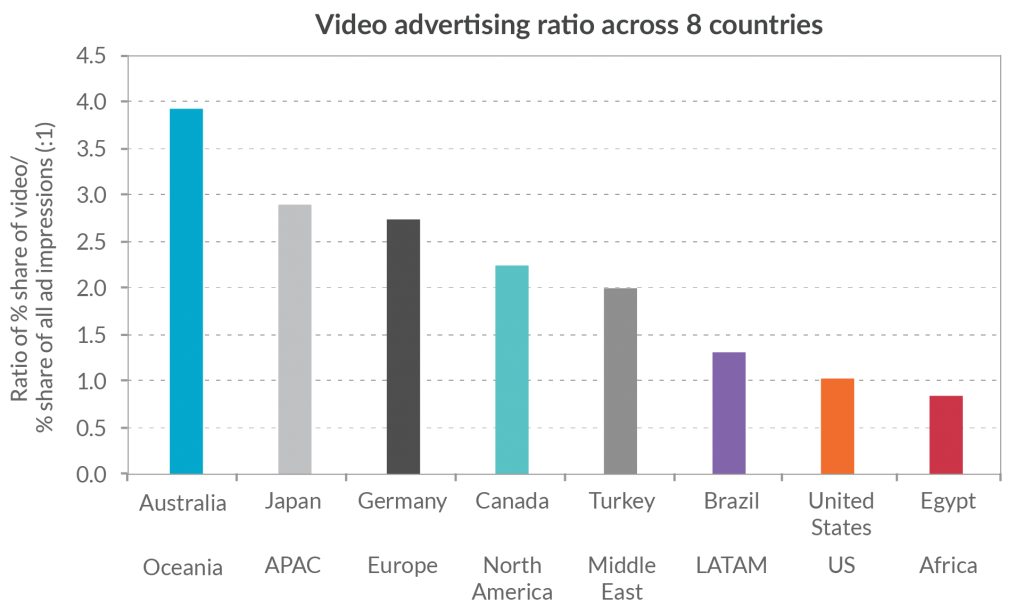 While there's clearly a big emphasis on video at the moment, it's great to have granular market data like this to help inform your strategic choices in video marketing. It's clear, from this chart, that if you're marketing in Australia, Japan or Germany, that there's a real hunger for video ads, and that users are responding well to such content.

There's a range of further insights in the full Opera Mediaworks report, including extended data on traffic and revenue share by operating system, top mobile app categories for monetization and best ad formats for apps. Given the breadth of data to which Opera has access, their insights provide a particularly pertinent viewpoint on the current landscape, and add further context to mobile ad campaign management to help target and reach your audience more effectively.