Facebook has released the latest version of its monthly ‘Hot Topics’ report, which provides an overview of the key subjects which generated the most discussion across The Social Network – and who by – in September.

The Hot Topics reports are always a good read – even if you’re confident that you know your target market, there are always some interesting anomalies and points of interest to consider. And while the data is necessarily behind time, so you can’t act on all of these trends straight away, they can help inform your content choices and approach moving forward, particularly in the case of seasonal events.

So which topics gained traction on Facebook in September? 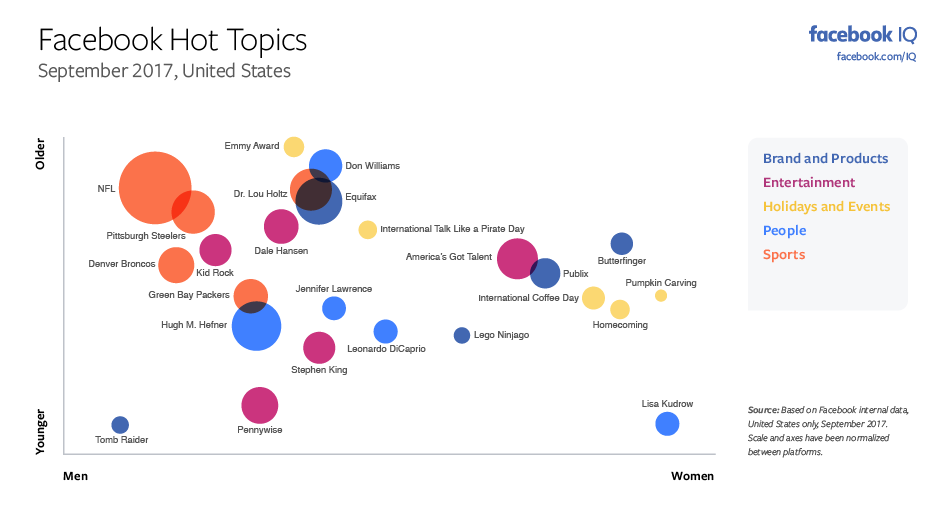 The return of the NFL dominated the male end of the spectrum, with the passing of Playboy founder Hugh Hefner also generating discussion among male users. International Coffee Day was popular among female users, and you can see the first hints of Halloween preparation coming in, with ‘Pumpkin Carving’ getting a lot of mentions.

Actor Lisa Kudrow also generated discussion among young women after her speech in which she discussed overcoming failures, while the new film ‘IT’, based on Stephen King’s classic horror novel, and the return of the video game Tomb Raider, were also key topics of note among younger users.

Over on Instagram, the topics varied a fair bit. 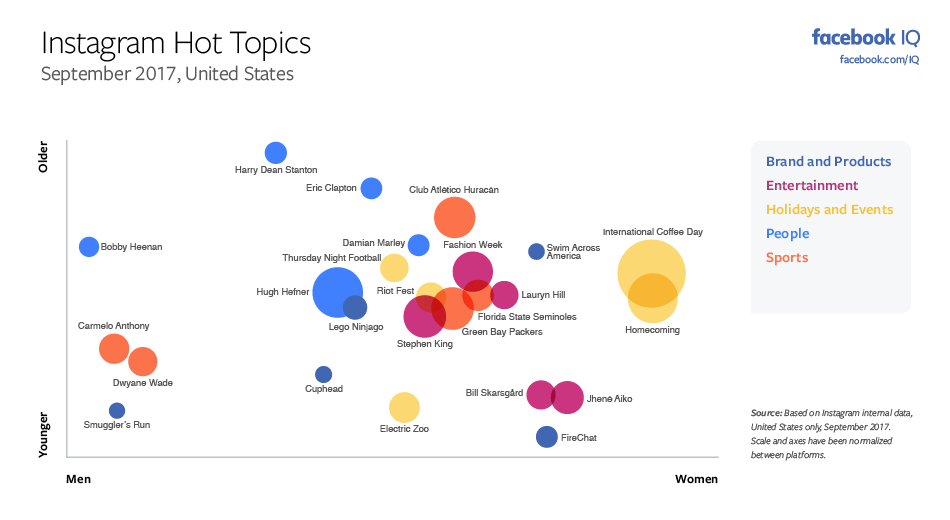 The difference between the two Facebook-owned platforms is interesting, as over time they’ve been becoming more and more aligned, which points to Instagram’s expanding use case.

In this month’s data, you can see that International Coffee Day was a much more dominant trend on Insta – which makes sense, #coffee is one of the more popular hashtags on the platform. The NBA was also more popular among younger users (with trade talk involving Carmelo Anthony and Dwyane Wade) as were video games – new cult classic Cuphead ranks a mention among the Instagram topics. 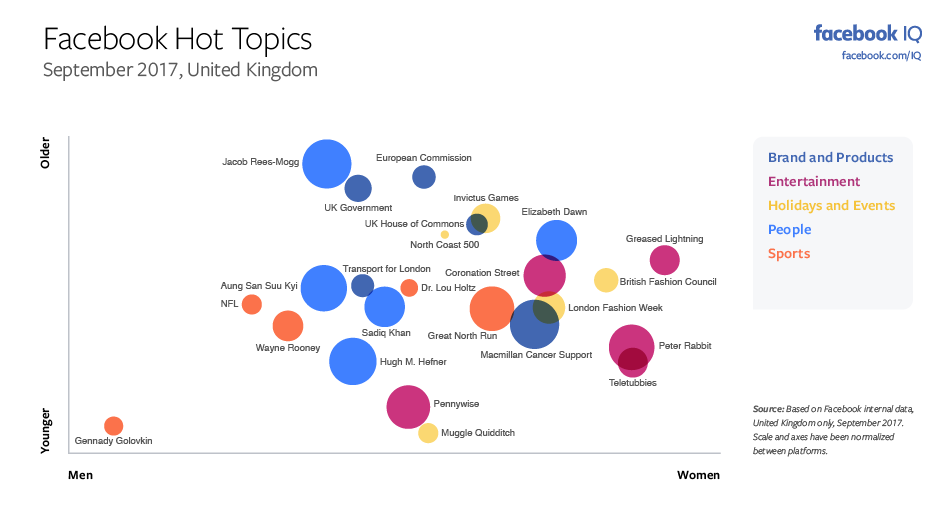 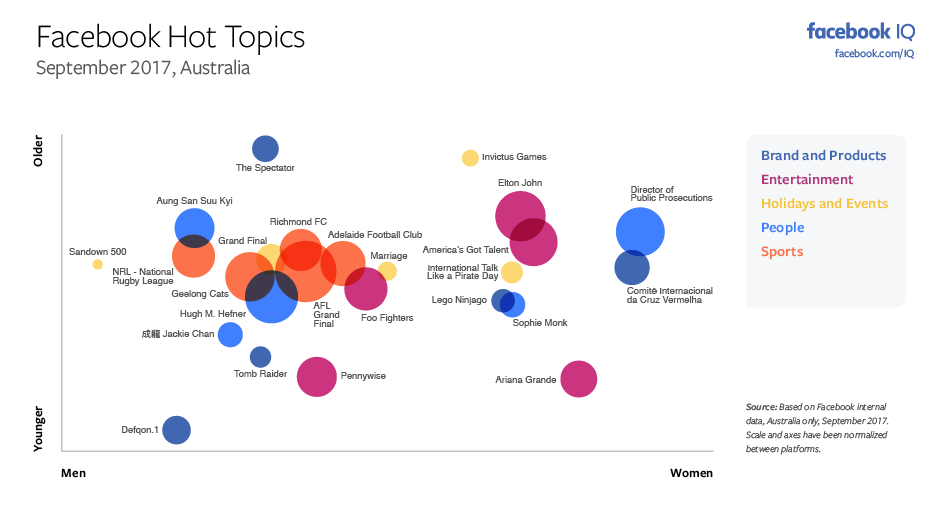 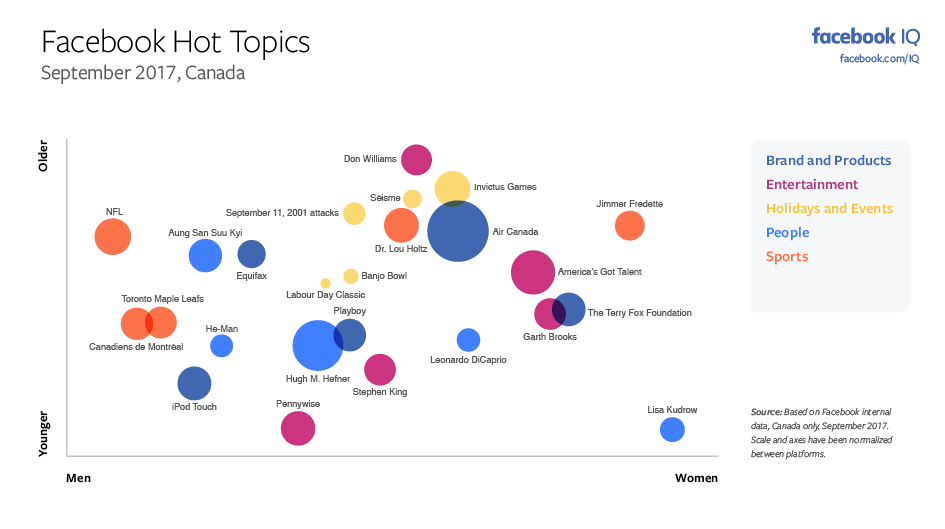 As noted, the Hot Topics reports are always worth a read, providing some key insight into the rising conversation on Facebook, and which topics are resonating with your target market.