The Top U.S. Media Publishers by Genre on Social Media in 2017

Which were the top-performing publishers on social in 2017? 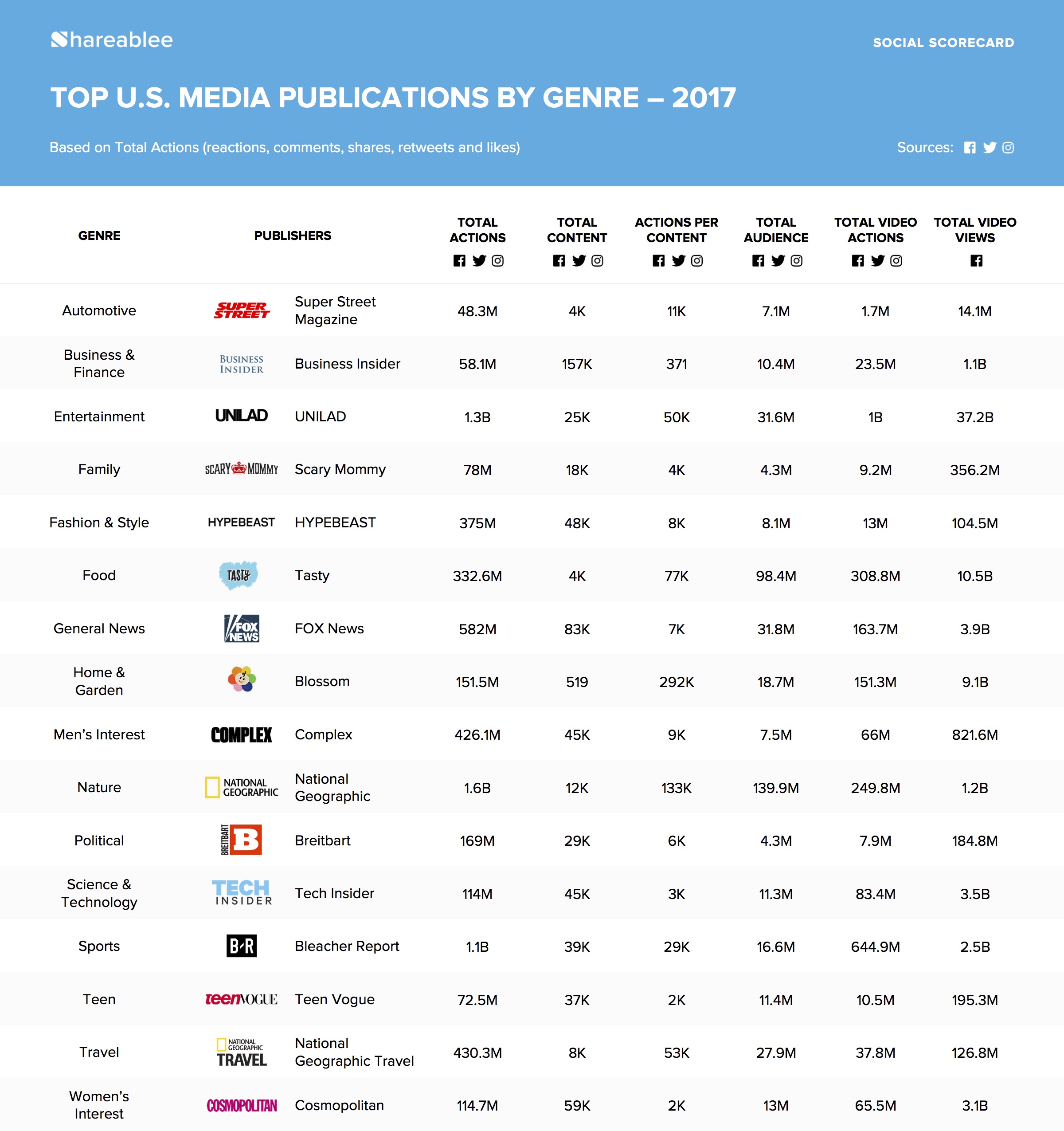 In the Entertainment category, UNILAD continued to be one of the top overall publishers in terms of social actions - the publisher drew more than 1.3 billion total actions, an increase of 26%; total video views also grew by 36% to 37.2 billion.

HYPEBEAST maintained the top spot in Fashion & Style from last year, and more than doubled its total actions from 2016. Total video views also increased by 78%.

In the Travel category, National Geographic Travel stayed in the top spot with a 68% increase in total actions, while also growing it’s video views by more than 7x what it drew in 2016.

There are some key notes to take from the list, particularly the growing emphasis on video content. That's been largely reported elsewhere, but if you're interested in getting a better understanding of how to make video work for you, these publishers provide some great examples, and are worth investigating as you go about formulating your strategy.