With less than a week until the US election, TikTok - an unwitting political entity within itself - has today announced its latest election integrity measures to help ensure that its users are not subjected to misinformation or manipulation by politically motivated groups heading into the poll.

In some respects TikTok's efforts will have far less impact. According to reports, around a third of TikTok's US user base is under the age of 14, so most users probably can't vote either way. But still, no social platform wants to become the focus of an investigation into the spread of false messaging - and TikTok, given that it's already in the gaze of US regulators, certainly doesn't want to set a foot wrong and/or contribute to false narratives around the vote. 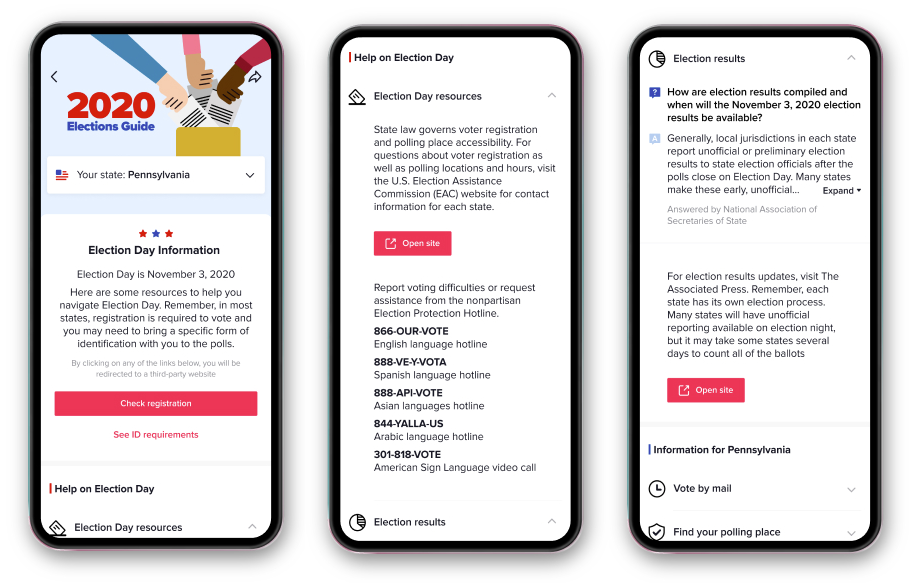 As you can see in these screenshots, users will also be able to access additional contact information for official election resources, while TikTok will also provide a listing of commonly asked questions and answers from the National Association of Secretaries of State to address key elements of concern or query.

In addition to this, TikTok's also working with the Associated Press to provide access to the AP's interactive map within user 'For You' feeds, which will display live results for the races for US president, Congress and governor.

TikTok will also be working with fact-checkers to reduce discoverability of content which prematurely claims victory in any race before results are confirmed by The Associated Press.

"Out of an abundance of caution, if claims can't be verified or fact-checking is inconclusive, we'll limit distribution of the content. We'll also add a banner pointing viewers to our election guide on content with unverifiable claims about voting, premature declarations of victory, or attempts to dissuade people from voting by exploiting COVID-19 as a voter suppression tactic."

As noted, TikTok may not have as much influence in this respect, due to the younger skew of its audience, but its reach can still play a significant role in ensuring accurate, timely information is being disseminated to the public.

In combination, the various efforts of all the social networks should encourage more people to the polls to have their say, and these additional features will help to limit the spread of misinformation or false reports around the voting process.