TikTok has added a new option which gives creators more control over the comments that appear on their clips, with the capacity to filter all comments as they come through, and approve or deny as you see fit. 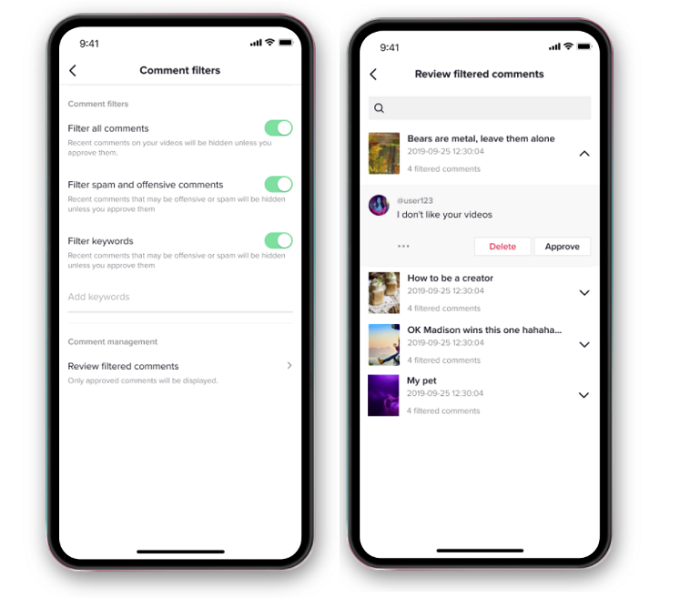 "With our new Filter All Comments feature, creators can decide which comments will appear on their videos. When enabled, comments aren't displayed unless the video's creator approves them using the new comment management tool."

TikTok already enables users to filter spam and offensive comments, and specific keywords of their choosing, but this new option will provide even more capacity to control what's displayed on your video clips, which could help users have a better experience on the platform.

Of course, you still have to read the comments to review. Other apps have sought to implement similar, AI-powered tools that detect potentially offensive remarks and remove them without the user ever having to view them at all - for example, last October, YouTube added a new process which deletes 'Held for Review' comments - those identified as potentially offensive - after 60 days, if the channel owner doesn't take action on them.

That saves people from ever having to read them. TikTok's new process doesn't offer the same protection, though its spam and offensive content filter essentially serve the same purpose, with users able to review those comments if they choose.

Incidentally, TikTok's most-followed user Charli D'Amelio recently noted that she's 'lost her passion' for the platform due to the constant flood of negative comments on her clips. Maybe, by providing more ways to control such, that will empower more users to negate these impacts, while it could even act as a disincentive for those posting negative replies. 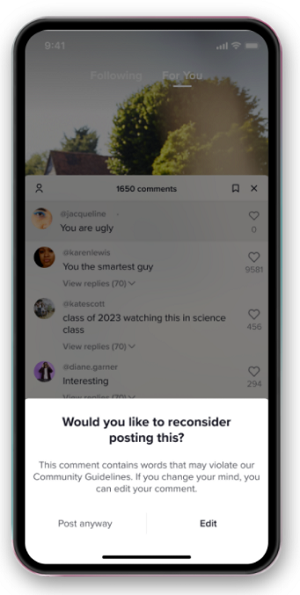 Those small nudges can have a significant impact in getting users to re-think their language, with just the basic form of friction in posting causing people to take a moment and analyze their wording. That's important, because as noted by Facebook in its research last year, simple misinterpretation can play a big role in online angst.

Sometimes, just re-reading your reply can save a lot of unnecessary misunderstanding, and as such, these types of prompts can help in reducing argument and dispute.

These are important areas for TikTok in particular. The app's younger user base is also highly impressionable, and the more than can be done to tackle bullying, abuse and hate, the better. It's difficult to solve all the issues on this front, but these new tools add to TikTok's growing range of response options to better control the user experience.