Starting today, your followers can subscribe to Revue newsletters directly from Tweets in their timeline.

This is already enabled for all Revue writers on desktop and mobile web, with iOS and Android to follow soon. ✨ pic.twitter.com/6eBxvGWyxH

As you can see in this example, Revue creators will now be able to share a link to their newsletter sign-up in a tweet, providing more options to drive subscribers from the platform.

As explained by Revue:

“We already made it possible for followers to subscribe to your newsletter directly from your Twitter profile. And now they can from Tweets as well, some with just one click.”

That initial integration, following Twitter’s acquisition of Revue, was launched back in June, enabling newsletter creators to add a prominent ‘Subscribe’ button on their profiles. 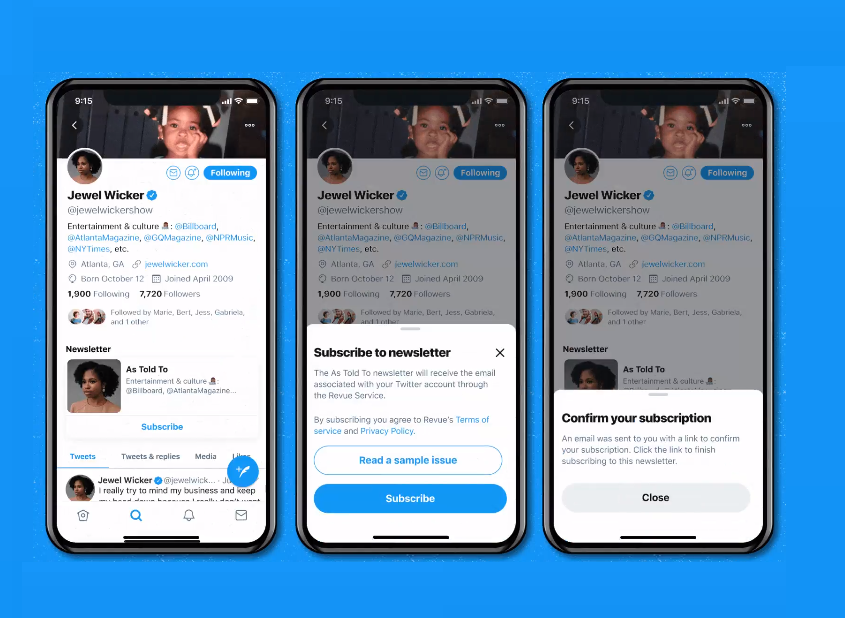 This new addition expands upon the same, and aligns with Twitter’s broader push to provide more monetization options for creators on the platform.

The button will also extend to people who share links to your newsletter in their tweets:

“When anyone shares a link to one of your newsletter posts in a Tweet, and someone clicks on it in their timeline, a ‘Subscribe’ button will appear in the preview when they return to Twitter.” 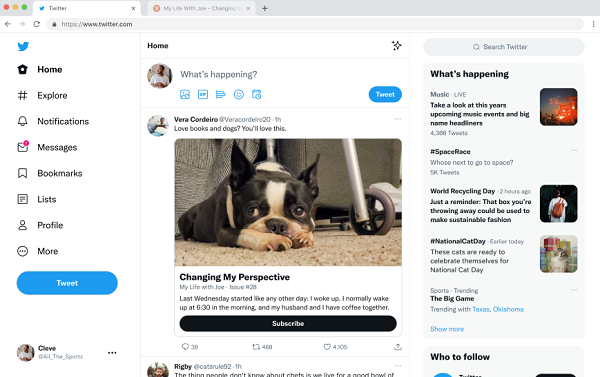 It’s a significant update, which will no doubt boost the appeal of Revue newsletters, with the capacity to drive more sign-ups with every tweet.

Revue notes that it could be a good way to gain subscribers from viral tweets (as opposed to the old SoundCloud link), while users will also be able to add sign-up cards within Spaces and at the end of tweet threads.

As noted, Twitter has been working to integrate more creator monetization options throughout the year, which also includes its Super Follow tweet add-on option and Ticketed Spaces to drive more direct revenue from your in-app efforts.

Newsletters are another area of potential growth, and by making it easier to use its audience reach to boost newsletter sign-ups, that could prove to be an enticing lure for more creators who may be considering their newsletter options as a means to build their community.

It certainly adds another consideration to the mix, while the new card type, much like the profile addition, could also pave the way for more, similar direct connection options to other products and services within tweets, if users are open to the format.

The new option is now available to all Revue users, through it’s only available on desktop and mobile web for now, with iOS and Android links coming soon.