Twitter continues to advance its social audio Spaces tool with the addition of Spaces scheduling, enabling broadcasters to plan out, and build hype around their upcoming events.

good news: hosts can now schedule a Space for later. don’t worry about setting an alarm, hosts will receive two notifs: a 30 min reminder and a second one at the start time. pic.twitter.com/HK90ErScpL

As you can see in this tweet, now, when you go to set-up a Space, you'll see a new option to 'Schedule for later' beneath 'Start your Space'. You can then share the details of your upcoming session via Tweet, or via DM, or really, by any other means, as you'll be given a unique URL for your scheduled Space.

As Twitter additionally notes, hosts will get two reminders of their scheduled event - one 30 minutes before air time, and then another at the scheduled start.

Users will also be able to sign up for reminders of upcoming scheduled Spaces by tapping on the 'Set Reminder' prompt on the Space holding card. 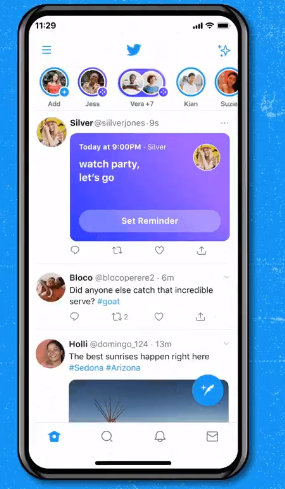 They'll then get a reminder once the host begins the broadcast.

It's a handy addition for Spaces, adding to its utility - though discoverability remains the biggest issue for the Spaces experience. It's also problematic on Clubhouse, as it has been in the past for live-streaming, so it's not a unique issue. But if Twitter wants to truly maximize the potential of the audio social format, it needs to ensure that users are able to find the Spaces that will be of most interest and relevance to them - because as more people begin broadcasting, the quality will dilute very quickly, which could turn users off the option.

Scheduled Spaces will help with this, while Twitter also recently added another discoverability option, with purple rings around user profile bubbles in-feed, signifying when that person is in a Space or has shared a new Fleet.

Now you can check Fleets while you scroll Tweets on the timeline.

When there’s a blue circle around someone’s avatar, tap it to see their Fleets. Rolling out on iOS and soon on Android.

(And if you see a purple circle around someone’s avatar, tap it to join their Space) pic.twitter.com/g0IsQo0SY9

Both will help to improve discovery in small ways - but then again, Facebook's approach of adding audio rooms within groups, and recommending them to members, could be a more effective, and engaging, way to go for audio rooms/Spaces in the long run.

And speaking of the long run, now's probably a good time to check in on Clubhouse downloads, to see whether they've picked up over the last week (via SensorTower). 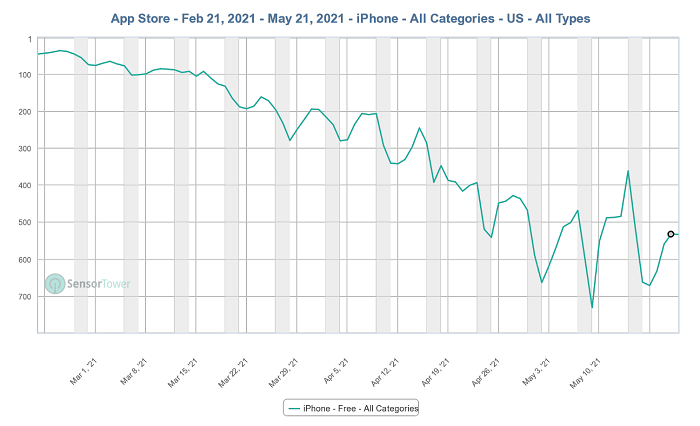 I mean, this is iOS only, and Clubhouse has only today been made available on all Android devices, which could be a big step.

Dear everyone, everywhere: @Android is officially live across the globe!

But the trendline, at this stage, is not looking good, and with more audio social options being released, with more features to boost awareness and engagement, I'm not sure Clubhouse is going to make it out alive.

Time will tell, and definitely the Android launch will be significant in this sense.

But if nothing else, you'll always have the memories - and people still have Meerkat t-shirts. So there's that.