In what is fast becoming the key social platform trend of the early 2020’s, Twitter appears to be the latest platform that’s gone ‘full TikTok’.

As you can see in this example, posted by social media expert Matt Navarra, Twitter is currently testing out a new format for its Explore page that looks exactly like TikTok, complete with a ‘For You’ page to highlight the top content matched to you, based on its popularity and your noted interests.

The updated layout has two elements – on the main ‘Trending’ page, users are able to select ‘Personalized’ or ‘Top Trends’, being the most popular content on the platform at that time. 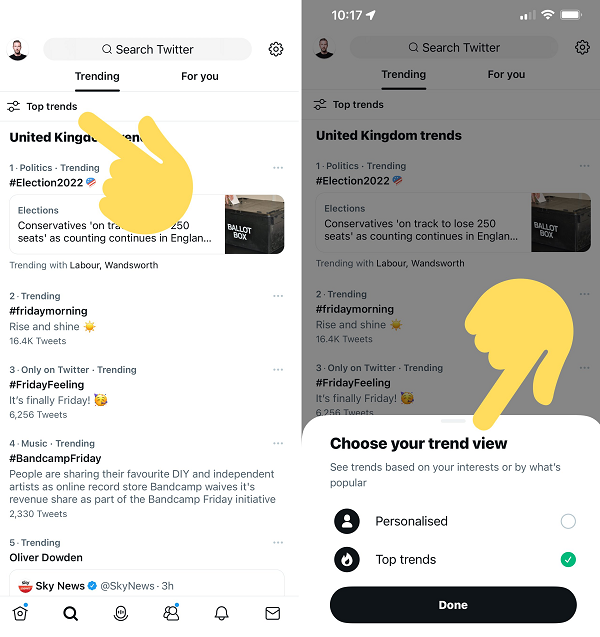 When you switch across to the ‘For You’ feed, however, you get a full screen, vertical scrolling, TikTok-esque display of tweet content, which seems primarily focused on video tweets, though there are text tweets also integrated in there, all presented in this more immersive presentation style.

Which could actually be a smart move, leaning into evolving consumption habits, while also enabling Twitter to glean more specific insight into each users’ interests and usage habits.

The key to TikTok’s success is its algorithm, which TikTok is able to refine so specifically because the full-screen display format for each clip ensures that it gets direct response feedback on each post, with every action that you take indicative of your relative interest in that specific video. Twitter can’t get the same data, as there are multiple tweets on screen at any given time, but by separating them down into a single tweet per frame showcase, that could help Twitter to better understand each users’ interests, and improve its recommendations.

Note: Meta is also moving in this direction with its content recommendation systems.

But it’s not available to all users just yet.

We asked Twitter about the new test and it provided the following statement:

“We’re continuing to test a revamped, more personalized Explore page to make it easier for you to unwind, find new interests, and see what’s happening.”

Twitter notes that this test began in December last year, and is now being expanded to more users, in a slightly updated layout.

Twitter says that this is still a limited experiment, but that it hopes to be able to glean more insight into what each user is interested in via the new layout.

Again, it could be an interesting experiment, and the fact that more users are now seeing the option would suggest that Twitter has seen some success with its initial tests, which has led to the next phase of expansion.

But will it fly under Elon Musk, who is set to become Twitter CEO very soon, as the details of his buyout are finalized? It seems like a logical move, and Twitter has been trying to work out how to improve its presentation format in line with evolving user trends.

Fleets didn’t work out, but maybe this is a less intrusive, more intuitive way to begin shifting tweet discovery in another direction.