When you're mapping out your digital marketing strategy, do you go with just one main push, or do you also consider splicing and cutting down your primary campaign content into smaller formats and ads, in order to maximize reach across different display options?

On consideration, it would likely be of benefit to display your ads in different places, and in different formats, and you may well be able to do so with limited additional work. That's even more likely the case when it comes to video campaigns, where a larger, key focus piece can also be cut down into smaller chunks and promotions, expanding your reach potential.

But is it worth the extra editing and management effort?

This is the focus of Twitter's latest research report - in order to get a better understanding of the impact of utilizing different ad formats within one campaign, Twitter recently partnered with MAGNA Global and IPG Media Lab to test user response rates to a multiple video format approach.

For the test, Twitter utilized a combination of its own video ad formats - First View, pre-roll video ads, and Promoted Video. The researchers conducted their study across six industry verticals, and 136 different ad scenarios, in order to then gauge how each viewer responded on various key elements.

The results show that using multiple video ad formats is more effective, in terms of boosting brand and product awareness: 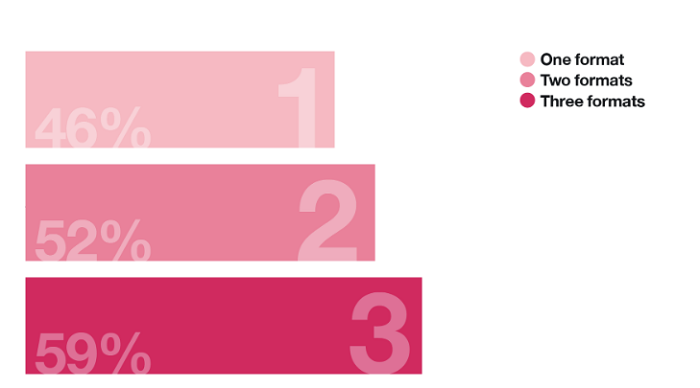 Now, that's probably not overly surprising - if you were to run a campaign using First View, for example, which ensures that your Promoted Video id the first ad your target audience sees when they log onto Twitter for the first time on any given day, then supplement that with pre-roll video ads, focused on a specific audience subset, then you're going to increase awareness, as opposed to just running one or the other.

But the research notes here are important on two fronts.

For one, a 13% increase in awareness is not a small amount, so it should definitely be on your radar as a possible consideration.

But the main point may be that you're better off going niche than broad with Twitter's video ad products, at least in certain respects. For example, instead of allocating all of your video marketing budget to one, big, First View campaign, the data here suggests that you may actually be better off honing in on a smaller audience, then splitting you campaign budget across the three different formats, in order to maximize response.

Your overall reach might be lower, but your response rates, going on this data, would likely be significantly higher.

Indeed, those findings also look even more solid in the research and purchase intent categories:

"Holding the frequency of exposure constant, using multiple video ad formats leads to 6x the impact on research intent and 2x the impact on purchase intent." 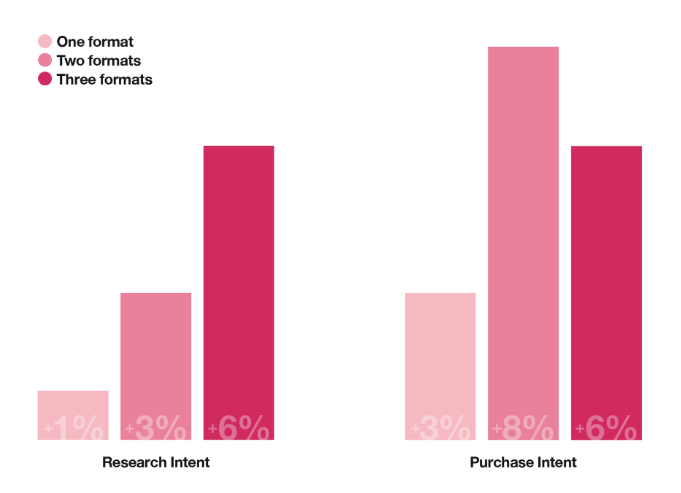 It's an interesting consideration - reducing reach seems counter-intuitive for most advertisers, but it could be a better way to allocate your budget, while extrapolating your available video assets into more formats can also facilitate better results.

It definitely seems like something worth factoring in, and with the capacity to easily break your campaigns into different formats via social platform ad tools, it could be a relatively simple way to improve your ad response rates.

Twitter has published this new data as the first element of a new series looking at optimal ad approaches, which could provide more considerations for your ad approach.

Either way, some interesting pointers - worth keeping in mind for your strategy.