Twitter has announced a new measure to improve the transparency of platform rule violations, while it'll also now remove tweets you report from your timeline.

First off, in response to concerns that it hasn't been transparent enough with its reasoning behind tweet removals, Twitter is now adding a new notification type when a tweet has been found to have broken the rules.

"Now, once we've required a Tweet to be deleted, we will display a notice stating that the Tweet is unavailable because it violated the Twitter Rules, along with a link to the Rules and an article that provides more detail on how we enforce our rules. This notice will be displayed on both the account’s profile and the specific Tweet for 14 days after the Tweet is deleted. You'll see this change rolling out to both the app and on Twitter.com in the coming weeks." 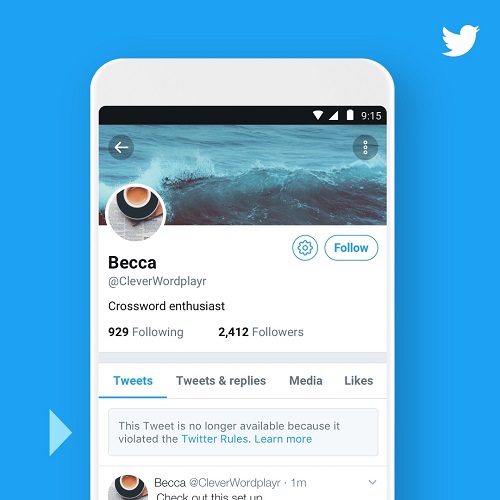 In addition to this, Twitter also says that users have told them they don't want to continue seeing tweets that they've previously reported in their timelines.

"Starting today, once you've reported a Tweet, it will be hidden behind a notice like the one below. If there’s a need to see the Tweet you reported, you can tap the notice to view it." 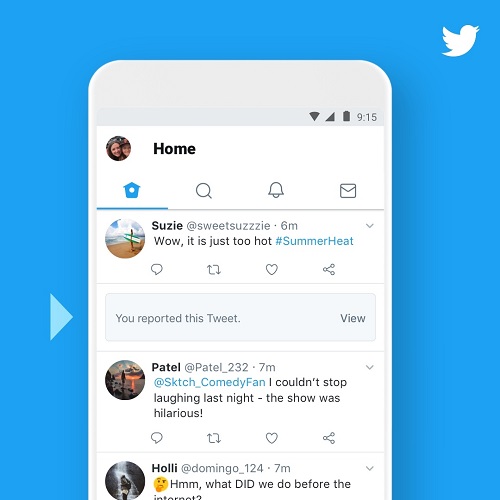 The measures, while relatively small, further add to Twitter's efforts to improve the user experience, and limit the exposure of such content. And while Twitter is often criticized for failing to remove certain users, or take harsher action against those who violate its rules, it has clearly been working to improve on this front, with a range of new measures introduced.

For example, within the past year alone, Twitter has:

That's not to say Twitter deserves a pass, nor that all of its problems have been fixed, but it is clearly working to address such concerns - Twitter is taking action in response to user issues.

Far from ignoring them (as has been the accusation previously), Twitter is investing significant time and effort into fixing such problems - just this week, Twitter suspended 1,500 accounts associated with an NPC trolling campaign, while it also released a huge dataset of tweets created by Russian-backed accounts in order to facilitate further academic analysis to help detect similar in future.

You can criticize Twitter for past inaction, and there are still very loud calls for Twitter to 'ban the Nazis' from the platform, but it does also deserve credit for its work here. In some ways, Twitter had become the social media whipping boy in this respect, with its stance on free speech, and audience size, making it a prime target for condemnation over its facilitation of questionable users and content. But such concerns have clearly lessened over time, and Twitter's expanded push to clean up its platform is very likely why.

Again, that's not say everything's fixed, but Twitter is working on it, it isn't overlooking it, as demonstrated by these efforts.