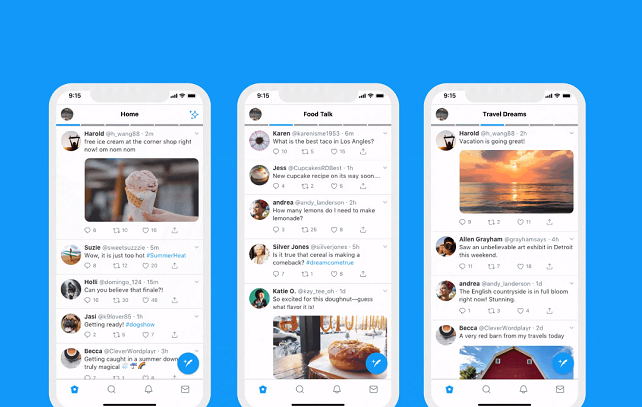 As with the iOS version, Android users will now be able to pin up to five selected lists from their 'Lists' settings and have them appear as swipeable feeds from the home timeline. You can see where you are within your streams via the grey markers below the title of each. The option gives users more ways to access specific discussions on the platform, which can make it a more engaging, interactive experience.

Twitter hasn't provided any data on how popular the option has been thus far on iOS, but as noted, it gives you another way to view the latest tweets and get across various specific subjects and areas of interest.

Twitter has been looking to make topics a bigger focus of late by providing more tools to help users stay in touch with various subjects, as opposed to merely following individual profiles. And that approach does appear to be working - Twitter added 26 million more active users over the past year, based on its own mDAU count.

Swipeable lists is another element within this - and with many people calling on Twitter to provide more exposure for lists for years, this option caters to that.