What if you could let your Twitter followers know where you are and what you’re up to at any time, via a simple, persistent signal on each of your tweets. Would that be of benefit?

It seems like we’re going to find out, with Twitter seemingly reawakening its status project, which would add a small, customizable status update into tweets.

As you can see in this example, shared by app researcher Alessandro Paluzzi, Twitter looks to be developing a new status indicator, inserted into each individual tweet, which would enable you to note where you are, how you’re feeling, what you’re up to, etc.

Which could be interesting for context - but also, maybe not? 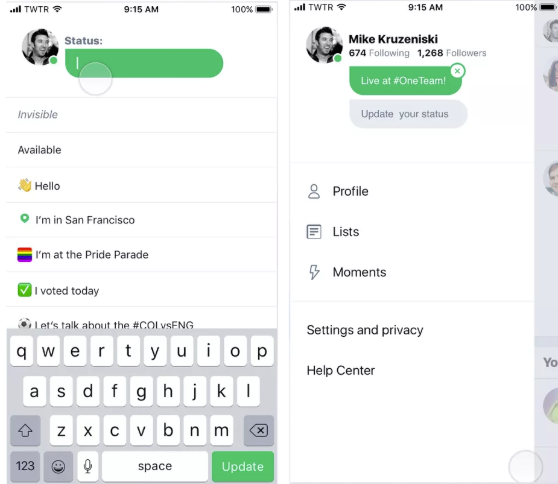 As you can see in this variation, Twitter’s original concept was a little more stylistic, and maybe looked better than this new iteration. Of course, it is still in testing, so we don’t know for sure how it might look in the live environment, if indeed it ever makes it that far. But it seems like Twitter is at the least experimenting with the concept once again as a means to boost tweet engagement.

Twitter’s been working on a range of updates and tests on this front as part of its push to increase usage over the next two years. Last February, in an analyst day presentation, Twitter set its sights on reaching 315 million mDAU (monetizable daily active users) by the end of 2023 - which, at present, is about 100 million more users than it currently sees.

Which might not sound overly ambitious, until you also consider that Twitter’s only added 18 million mDAU in the entirety of 2021. 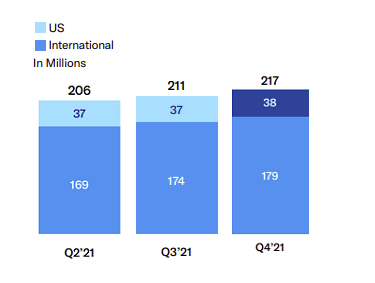 If it wants to reach its target, it’ll need to significantly ramp up its growth momentum, which is why it has to try out as many new and interesting concepts as it can, in the hopes that they’ll cumulatively boost active in-app engagement.

Status indicators seem like a lesser element within this, but again, it’s cumulative, so if each new part adds just a little engagement, that could contribute to the greater target.

Really, it’s going to be a major challenge for Twitter to reach these numbers, with the platform also hoping to up its revenue from $5 billion to $7.5 billion in the same time frame. In many ways, Twitter’s creating a rod for its own back with such big targets - but at the same time, it kind of had to, with a group of investors buying their way onto Twitter’s board in order to up the pressure on management to accelerate growth.

So really, Twitter probably has little choice but to keep throwing things at the wall in the hopes that some stick. Spaces appears to be holding its place. Fleets didn’t.

Expect to see many more variations and tests on the way, with status indicators potentially being another part.