First off, on TV shows - looking to tap into the popularity of the platform as a companion for TV viewing (previous research has shown that 60% of TV 'superfans' in the US share their opinions about the shows they watch on Twitter), Twitter is now adding event pages for TV show episodes to help collect the conversation into more easy to follow tweet threads. 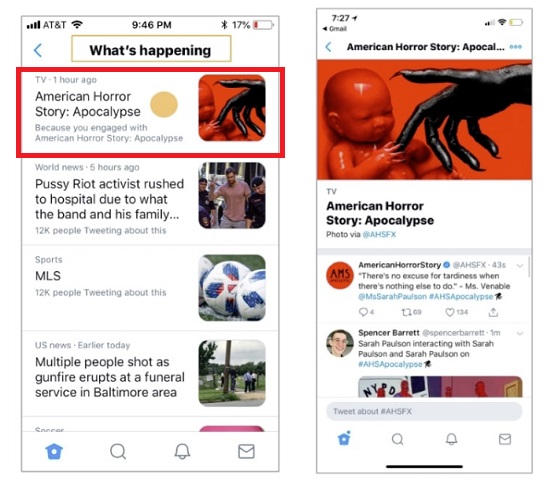 As explained by AdWeek:

"[Event pages] will go live 30 minutes before episodes air and compile tweets with hashtags and words related to the show, as well as talent names and handles."

The additional elements extend the pages beyond the basic, hashtag-based listings - a per Twitter:

“For example, instead of just following along with the hashtag #TheBachelor, this page will pull in tweets relating to things like #TheBachelor, #Bachelor, Chris Harrison, #GroceryStoreJoe, etc. For Game of Thrones, you no longer have to worry about refreshing #GameofThrones or #GoT - these pages will pull tweets around both.”

As noted, an increasing number of people now watch TV while monitoring the related commentary on social. Facebook recently published a report which showed that using social apps is the most common mobile-based activity when watching TV.

Both Facebook and Twitter are looking to tap into this trend with their respective video content elements, combining the offline viewing and online interactive experiences into one platform. It's yet to be seen whether integrating the two aspects will enable the platforms to maximize this behavior, but the same logic clearly applies to this new Twitter option.

Twitter hasn't said whether the show feeds will be manually curated in real-time, though you'd expect they would be in order to weed out the spammers looking to tap into trends. If they are, and they include a broader scope of the surrounding conversation, they could be a good addition, and could help boost tweet engagement.

If you've previously expressed interest in a featured TV series', you'll soon see links to the relevant page/s at the top your timeline, while they can also be found by searching for the show title.

Twitter's other test is the addition of annotations into trends to clarify specific terms or elements, and provide additional context. 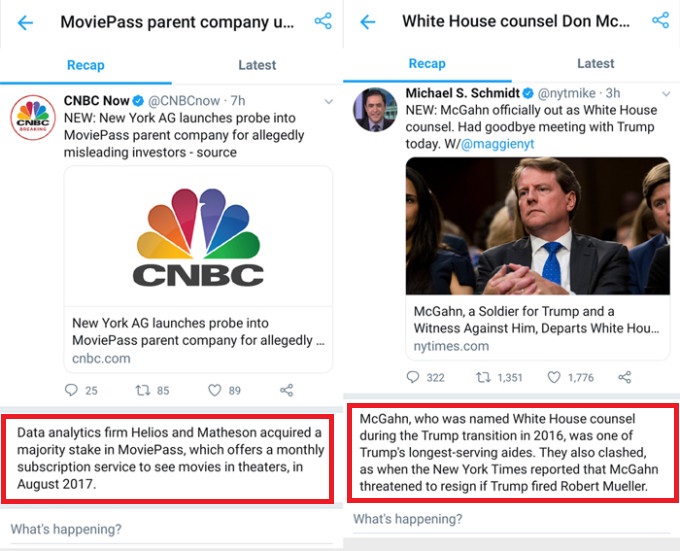 As you can see, the new information panels provide additional insight into specific aspects of each story, which can be helpful when trying to keep up with fast-moving, evolving reports in real-time.

Twitter will need to tread carefully though - a slight slip and they could be accused of political bias with their directional cues - but with misinformation rife across social networks, extra context could make a big difference in quickly clarifying a trending story.

The tests show that Twitter is still working on new ways to boost engagement and feed into real time trends to maximize usage. Twitter efforts on this front have been producing results - in its most recent earnings update, it reported its seventh consecutive quarter of double-digit growth in daily active usage. These might not seem like major steps, but every little element helps to make Twitter a more engaging, active platform, which subsequently leads to better results across the board.