Facebook has announced a limited public beta test of its new multi-device capability for WhatsApp, which will enable WhatsApp users to use the app on various devices, without the need for an active mobile connection. 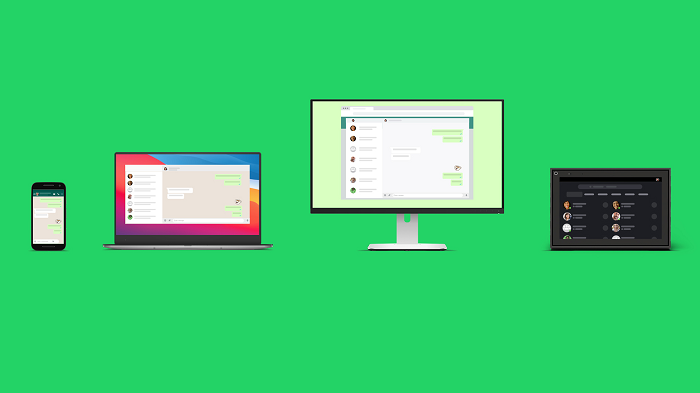 "With this new capability, you can now use WhatsApp on your phone and up to four other non-phone devices simultaneously - even if your phone battery is dead. Each companion device will connect to your WhatsApp independently while maintaining the same level of privacy and security through end-to-end encryption that people who use WhatsApp have come to expect. Importantly, we have developed new technologies to maintain end-to-end encryption while still managing to sync your data - such as contact names, chat archives, starred messages, and more - across devices."

That will provide more ways to use WhatsApp for connection, similar to how you can already use Messenger and Instagram Direct, though with WhatsApp's additional security elements included.

As explained by WhatsApp chief Will Cathcart:

"Until now, WhatsApp has only been available on one device at a time, and desktop and web support only worked by mirroring off your phone - which meant your phone had to be on and have an active internet connection. Our multi-device capability immediately makes the experience better for people who use desktop/web and Portal. And it also will make it possible to add support for more kinds of devices over time."

The new process will use what Facebook's calling 'Automatic Device Verification' which enables devices to automatically establish trusted connections, in order to maintain WhatsApp's privacy standards. That will expand use cases for the app, and as Facebook looks to build in more business options, that could also make it much easier for brands to manage their WhatsApp presence.

Facebook has also been working to enable interoperability between its messaging apps, which will eventually see users able to send a message from WhatsApp to Instagram Direct, and/or Messenger, or vice versa, with all of Facebook's back-end messaging processes linked.

That's caused some angst among regulatory groups, who are concerned that full message encryption could help to disguise criminal activity, while antitrust analysts also speculate that the move could be designed to make Facebook's platforms indivisible, meaning that if Facebook were eventually found to have too much market power, it could not be broken up, as some have suggested.

That change is also at the core of WhatsApp's controversial privacy policy update, which Facebook needs to enact to facilitate such change, and it'll be interesting to see whether WhatsApp users are left up in arms again if and when Facebook does move to fully connect its messaging back-end, meaning it will have to share more WhatsApp user data back to Facebook HQ.

In any event, this new advance will facilitate more connection options via WhatsApp, making it easier to manage your WhatsApp messages, and maybe your WhatsApp business presence, on various devices.

You can read more about Facebook's process for enabling multi-device connection for WhatsApp here.