7 Big Brand Social Media Strategies that Small Businesses Can Use

By
Scott Sims Co-founder at Buzzlogix

As a small business owner, you've probably experienced big brand envy - that feeling you get when you see a big brand's successful social media management or customer outreach campaign. That big brand's campaign is everywhere you look, and people are fervently lapping it up. You can't help but feel envious.

How you wish you could have the same success. But alas, you own a small business, you don't have the budget, and certainly not the big name that's necessary to pull off a successful social media campaign.

Good news. It doesn't matter if you run a small business or an international corporation. You simply need to adopt a few simple strategies to create a highly impactful social media management campaign. You don't have to be a big brand company to engage in active social media listening to create impactful and shareable content.

Instead of envying the big brands, learn from them. Check out some of the campaigns that were nominated for the Shorty Awards, which honors the best of social media, then adopt the same strategies across all your social media channels.

However, a major ingredient they often lack is authenticity. Many big brands have trouble getting personal with their target markets, and that can hurt them in regards to sales.

Purina is a great example of this. Everyone knows the Purina brand, and many people trust it. Still, the company has trouble with being authentic. When it comes down to the simple act of being real, smaller brands beat Purina out time and time again, and that negatively impacts the company's sales.

Purina realized that their lack of authenticity was a hurdle it had to overcome if it was going to increase its social media engagement and boost sales. With that in mind, advertisers came up with the "Trust" campaign. This campaign gave people a behind-the-scenes look at Purina employees and fans, along with their beloved pets, highlighting the emotional connections people feel with their animal companions. 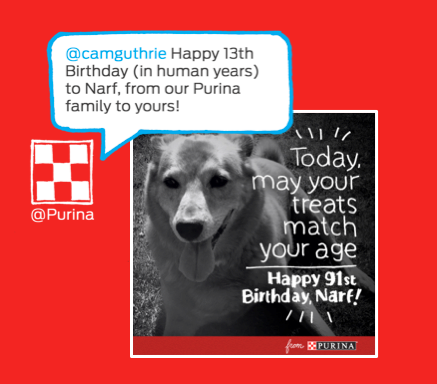 This had a tremendously positive impact on the brand. People suddenly felt a personal connection to Purina, and that led to a social media boom. The brand enjoyed 6.5 million personalized quality impressions and a 100x lift in mentions. Needless to say, the social media management team got the job done.

Get Personal for Your Small Business

First, you need to keep your brand's voice in mind when getting personal. You don't have to change the way you speak.

Second, share your vulnerabilities in social media. Don't be afraid to make gentle fun of yourself. This will make you look much more genuine.

Peel back the curtain, let people see what it's like behind the scenes. Transparency goes a long way toward showing your potential customers that you're human.

Once you complete these steps, use a selection of social media listening tools to learn what people are saying about your brand. Ideally, you'll see increased chatter about your brand's authenticity.

Southwest Airlines has always been known for its fun flights, but it still isn't immune to the issues that airlines face. Similar to its competitors, the company typically deals with delayed flights, lost luggage, and other issues. However, unlike most airlines, it provides speedy information through its social media channels.

Southwest Airlines has what is known as a social listening center. Customers can access the center to voice their concerns and ask questions. The company uses social media monitoring to find out what's being said online. Then, the customer service team reaches out to their customers and keeps them updated. From weather events to other issues, customers are always plugged in with Southwest Airlines.

Go Social with Your Customer Service

Most likely, your small business doesn't have a readily available team of customer service professionals to quickly answer questions. But that doesn't mean that you can't effectively employ this strategy.

Engage in social media listening with a tool like Buzzlogix. Look through the mentions to find out if people have questions - and if they do, answer them immediately via social media. This will save you time, while also helping your brand to stand out.

People quickly notice when a brand interacts on social media. Soon, others will ask questions on the various social media channels. This will free up your phone lines and simplify your efforts to make an impact.

Video is one of the most powerful tools on social media, and few utilize it better than Coca-Cola. The company took to its YouTube channel to fight back against prejudice - in this case, the prejudice was based on appearance. The brand invited people to Ramadan Iftar and the event was held in complete darkness, so people didn't realize how physically different they all were.

The group interacted with each other in the dark, then the lights came on for the big reveal - they all looked very different from one another, but they didn't notice these differences when they were interacting in the dark.

Coca-Cola ends their video with a simple yet highly impactful declaration: "Labels are for cans, not for people." This is both a brilliant brand tie-in and a poignant statement.

With more than 18 million views on YouTube, this campaign was certainly a huge success for Coca-Cola's social media management team. Their success went well beyond views too - its engagement rate was 33% on Twitter and 35% on Facebook.

Create Your Own Video Sensation

You don't have to create one of the most popular beverages in the world to use this strategy. Use your smartphone to create video footage. Don't forget to include a title, tags, and description. Generate more visibility through YouTube and Facebook ads, and then use analytics to analyze how your video is performing.

Influencer marketing is one of the hottest trends right now - people are more likely to buy something if an influencer endorses the product. It serves as one of the best forms of social proof.

Starbucks cashed in on the power of influencer marketing with its Frappuccino Summer of Fun campaign. 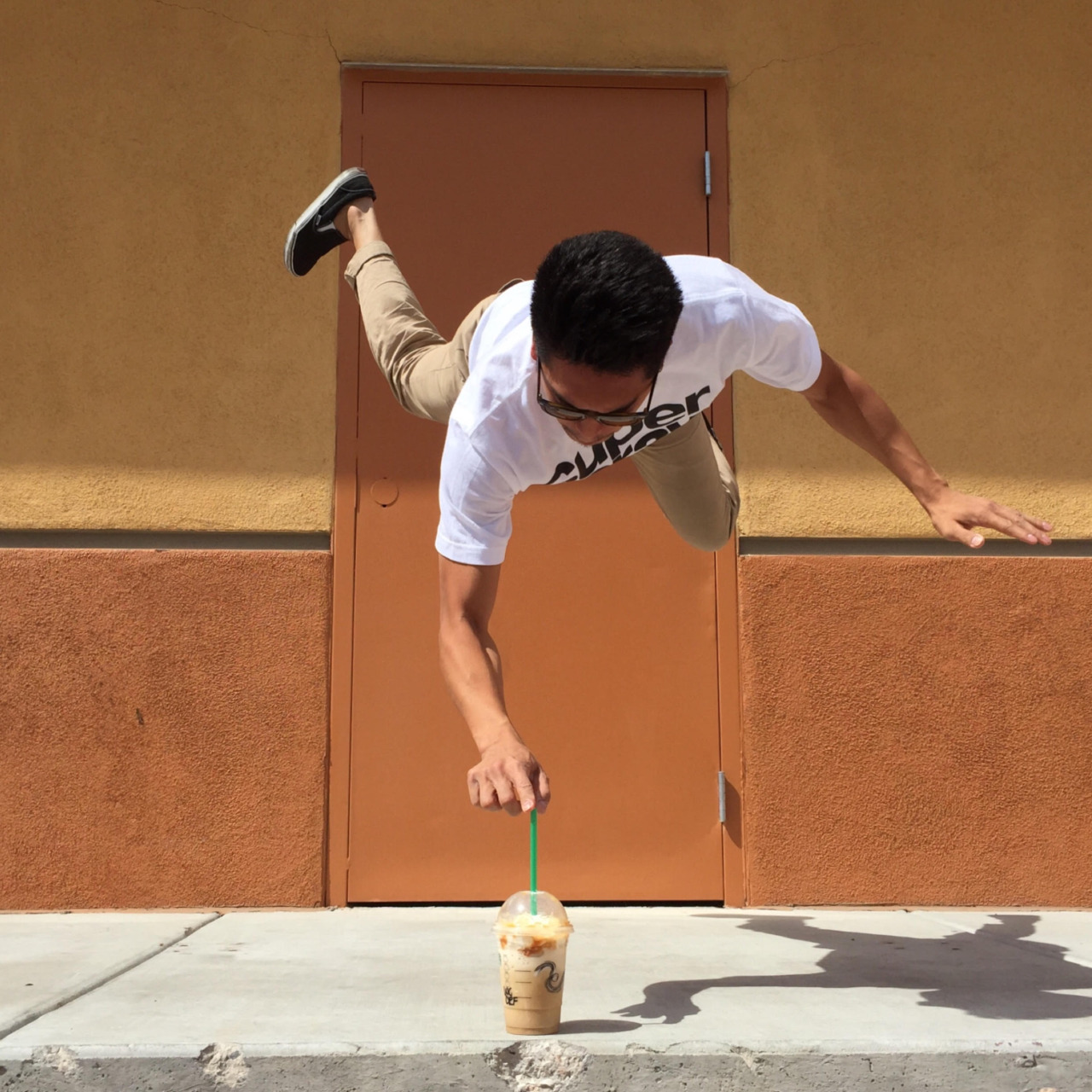 Finding Your Own Influencers

You might be under the impression that it's impossible to find influencers if you own a small business - but it's actually easier than you think.

Influencers are everywhere and you can reach out to some of them for your own campaigns.

First, you have to identify the influencers in your market. Are you going by reach, fans, or something else? Then, use a tool like Klout to find them.

After you find influencers, engage with them, interact frequently with the content that they share and engage them in conversations.

Cultivate the relationship and then approach them to be a part of your campaign.

Influencer marketing is great, but remember you can find big voices inside of your own brand as well. Just look at what CA Technologies did. The company realized that it had some powerful brand advocates on the payroll and utilized them to create an amazing campaign.

First, it set up SocialU. 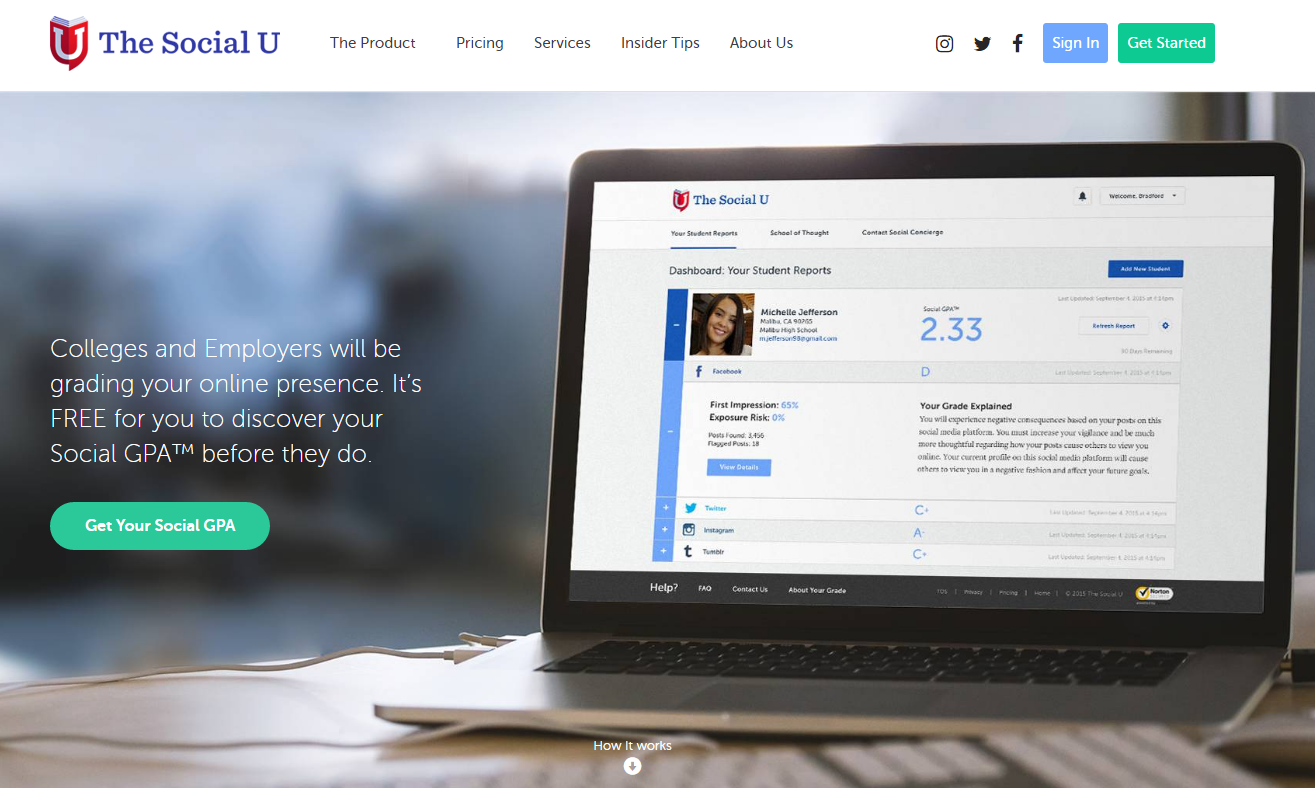 According to CA Technologies, SocialU is an "internal social media education, training, and enablement program designed to empower employees to be active in social media, both internally and externally."

Cultivate Your Own Brand Advocates

CA Technologies might have more employees than you, but that doesn't mean you can't unleash the power of your internal brand advocates.

It all begins by building a strong workplace culture that's a part of your employees' day-to-day working lives.

Then, communicate your social media guidelines and train your employees on how to get the most out of all the social media channels that are relevant to your brand.

Next, build an advocacy strategy and have leaders in place who will be on the front lines of your brand advocacy campaign.

Lastly, track your metrics. It's always a good idea to use metrics to find out how people are interacting with your brand's campaign. In fact, social media monitoring is critical to your brand's current and future campaigns.

When Comedy Central picked up Broad City, it knew it had a unique hit on its hands. The show started on the web and then made the move to TV. But how would Comedy Central keep people engaged on both the web and TV? That was the big question.

Comedy Central managed it with a powerful cross-promotion campaign called "Hack Into Broad City." This campaign was created to keep people interested in the series after the season was over. 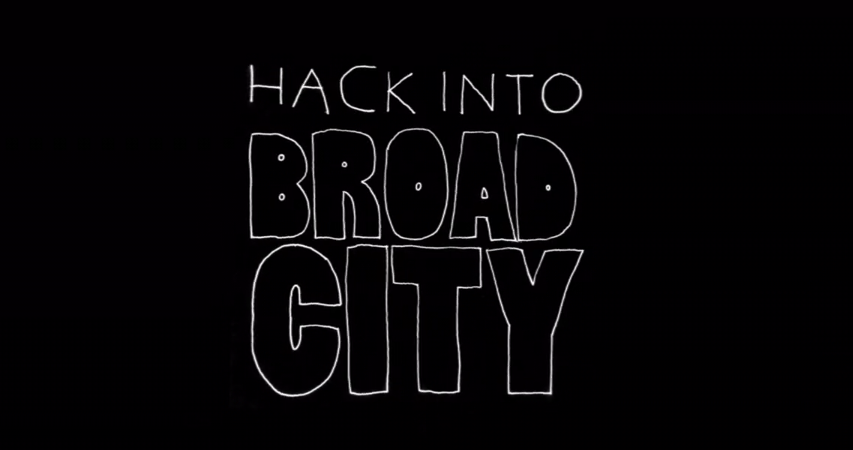 "Hack Into Broad City" was a web series. People could tune in on YouTube, Snapchat, Facebook, and the network's website to act as a fly on the wall during video chats. Comedy Central's cross promotional campaign included six episodes in total, which received more than 3.2 million views.

Create Your Own Cross-Promotion Campaign

Some pieces of content are only meant for one platform, while others work well across multiple platforms. If you have a video or another piece of content that will work on Snapchat, YouTube, Facebook, and Twitter, upload it to each of these channels. This will give you the chance to reach more people.

You can simplify the process by using Buzzlogix, and uploading the same content to multiple social media channels with the push of a button.

You probably feel overwhelmed from time to time by the constant need to create new content. How can you possibly get new ideas every day?

If you feel pressured, take a page out of The New Yorker's playbook. The New Yorker turned to its 13.3 million followers in an effort to come up with content, and it scored.

Using hashtag campaigns, the company was able to highlight content from other users. This increased engagement and visibility, and it gave the content creation team a break.

You don't need a big budget to create a user-generated content creation campaign, you can do this easily by encouraging users to leave reviews, then using those reviews as content.

Another option is to repost photos that your fans share. You can even create a video contest and use the videos as content.

Big brands often have big ideas when it comes to social media strategy, and while you might not have the same budget, you can certainly borrow their ideas. These campaigns are golden and adapted well, their ideas and inspirations can help you take your social media management strategies to the next level.