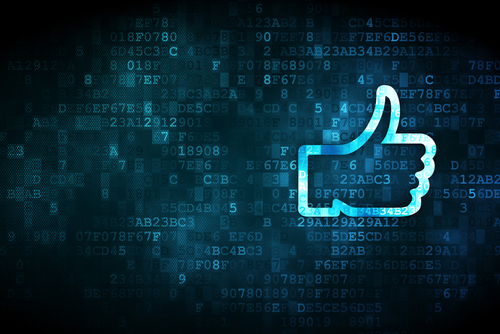 One of the aspects that's most exciting about the evolution of social media marketing is the shift towards more responsive and intelligent campaigns based on data and audience insights. For many years, the marketing norm has been to broadcast as wide as possible in the hope of reaching the right audience. But now social, and the increased amount of data available, has caused a significant shift in how we approach and utilize outreach functions.

Yet, even now, when people hear this, it still doesn't mean much to them. We all know all this new data is available, we all know social networks have ushered in whole new range of audience and behavioural insights for marketers. But not many know how to actually utilise them, how to generate any actionable, applicable insights from the ever-expanding mass of tweets, posts and hashtags.

So how do you do it? How do you find the relevant message amidst the noise, that one key trigger that will allow you to reach the most targeted, relevant audience at just the right time?

One of the key things to keep in mind is that data translation is often not as complex as you might think - sure, it takes time and research to find the right triggers, but once located, there may actually be an easy way to action them, as highlighted by two recent studies published by Twitter and Facebook respectively.

In a recent post, Twitter highlighted how the US Geological Survey (USGS) uses tweet data to track earthquake activity across the world. When the 2008 Sichuan earthquake hit China, it was Twitter that provided the first indicators of the event to the wider world, which got USGS thinking about how they might be able to use Twitter as a data resource in their tracking efforts.

What they found was they absolutely could - Twitter has since proved to be a valuable tool in tracking seismic activity. But more than that, it's the way USGS broke down the data that provides the greatest lesson for those looking to better utilize data analysis for their own purposes.

So first, USGS tracked all tweets through Twitter's public API (accessible to everyone) which mentioned the words 'earthquake' or 'quake'. After examining those results and matching them to actual quake activity, they established that people in earthquake hit regions tend to keep their messaging short - there's not as much time to construct complex tweets when you're in the midst of a potential disaster.

Based on this, USGS eliminated all tweets of seven words or more from their data pool. The researchers also recognized that people sharing links or commenting on the magnitude of the quake were also not likely to be within the actual earthquake zone, so they removed tweets with links and numbers in them from the pool also.

The end result left them with a simple model for tracking earthquake activity via tweet - if there's a regional cluster of tweets (around 14 or so mentions) of seven words of less, with no links and no numbers included, they're generally indicative of an actual seismic event - and they often alert the team to such activity well ahead of any traditional tracking means.

And the key element of all of this is simplicity - while it's taken the researchers some time to match Twitter behaviors to actual events, they've now been able to build a model which translates complex data into something actionable, an alerting system which functions based on very specific, yet simple, triggers and shows the USGS team where they should be paying attention.

So what does that mean for your brand and your own social media monitoring? The USGS example highlights what can be achieved, what can be detected through Twitter data analysis. But it also shows how you can do it, how you can narrow down social data to the relevant triggers and create an alerting system to keep you ahead of the trend and focused on the right conversations. By using a simple analytical model like this, you might be able to track down the exact questions people ask then lead them to purchasing your products - what if you found that there was a common question that people posed on Twitter just before coming to your site? What if there was a common term used which lead to people buying your products? Through data analysis, you can find this, enabling you to identify relevant conversations which you can then use to target your ads or reach out to those customers just at the right time.

But then again, maybe reaching out with an ad might seem a bit intrusive. Maybe, if you identified the exact terms that lead to people making a purchase, sending them a tweet saying 'hey, we sell those' might not achieve the desired result - so what then? What do you do if you're able to identify the most common triggers but reaching out with a marketing message at that point is not the best option? The answer: you use those findings as your next research point.

In a recent Facebook IQ post, analysts from Ipsos Media CT looked at how people go about purchasing a new car and how they research the options available before coming to a decision. What they found was people start their research process around six months before making a purchase, but have narrowed down their choices to around two cars in the last month before taking the next step. The researchers also found that people in the market for a car are hit with the most car-related ads and ad targeting while online in that last month, which is largely useless because they've already narrowed down their choice to two by that stage. 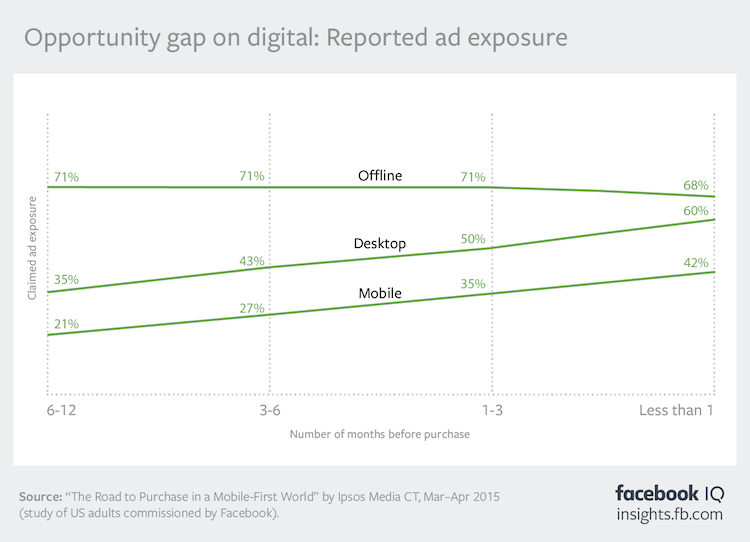 So why would that happen? Logic would suggest that people would get increasingly more focused on their car options and what they're looking for as they get closer to making a purchase. This likely means that in that last month before buying a car, people are conducting more searches and asking more questions aruond the specific details - you can imagine if you'd decided on buying a Mazda3, for example, that you might ramp up your searches for more detail on that car in that last stretch before signing on the dotted line, reading as many reviews and opinions as your could to reinforce and justify your thinking. To an untrained algorithm, that would register your actions as interest behaviors, and increase the likelihood of you being hit with ads for cars and car products - but the algorithm is only going on search volume, not the specifics of your search, and advertisers would be using that activity as an indicator of potential interest, and thus, hitting you with ads.

The first point would be that algorithms are getting much smarter, and much more advanced - if you were an advertiser using, say, Facebook ads, you're actually able to target in a much more focused way than under the general interest of 'cars' or 'automotive', and people should use those advanced options as much as they can.

But the second point would be that you need to do your research and understand the trigger points that not only lead to people purchasing your products, but that lead to people thinking about making a purchase before that. Now, that might seem like a wide scale data focus you'd need to consider - you're now expanding the potential matches beyond the immediate steps before purchase to the many possible steps that could be taken leading up to that - but the process is generally the same, just in a more expanded way.

For example, let's say you sell basketball shoes. Through data analysis you're able to identify that people who use the terms 'basketball' or 'bball' and 'shoes' in a tweet, along with a question mark, are the ones who most commonly go on to buy shoes from your store (you could do this based on your e-mail listings, matched against those who've made a purchase). You could then expand the data set for those individuals to analyze their previous 500 tweets before that one, and maybe in amongst that dataset you find a common word, or set of words, and you can identify a common time frame around when that initial query is tweeted. That might be a good trigger point, an indicative data point for you to use to target ads - imagine if, when a person is first considering buying new basketball shoes, you could target them with ads as they're in the initial process of considering what they might want? That sort of advanced targeting can give you a great 'in', a great way to reach people and put your products in their consideration, before they even realize that they're looking to make a purchase.

This is how advanced targeting can be used, and is being used by a growing number of businesses. And the thing is, it's not as complex or intimidating as it may, initially, seem. Yes, it takes time and analysis, but this entire process is entirely doable even by someone without an advanced certification in mathematics from MIT, and using resources which are publicly available. What's more, this is where the new world of marketing is headed. We have more access to more data and insights than any generation that's come before us - 90% of the world's data has been created in the last two years. You have more capacity to locate, analyze and target based on actual audience behaviors and interests than ever before. Through taking the time learn how, you just might put yourself ahead of the growing data trend.