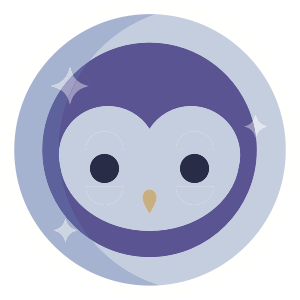 According to many social media experts and commentators, live-streaming is going to be huge in 2016. Streaming, for those who haven't been paying attention, went big time this year, starting with Meerkat, which was the belle of the social media ball at SXSW back in March. Meerkat was quickly disrupted by Twitter-owned Periscope, which has since gone on to become the dominant live-streaming player, boasting, at last check, more than 10 million user accounts and close to 2 million daily active users - who're consuming the equivalent of more than 40 years of live video content on the platform, every day.

Numbers like that show that there's a clear demand for live-streaming, there's clearly an audience there to be reached, and now brands are looking to live-streaming platforms and considering how they can use them to best benefit - hence, the marketing enthusiasm for the medium and utility it can provide.

Over the year, we've seen more and more platforms arise upon the live-streaming landscape, including Facebook Live, which is slowly, but surely, moving to stake its claim as a key live-streaming option. But among the various new providers, Blab has arguably been the most well-received and the most innovative variation on the form. Blab offers its own take on streaming, facilitating live group discussions with participants from anywhere in the world, anytime. The talk-show format of Blab immediately appealed to those looking to build their personal brand, particularly podcasters, and Blab's worked with that trend, offering a range of new tools and features to meet the demands of their growing community and advance the platform in line with user needs.

And now, Blab's added a new, interesting tool on this front, adding in a map that highlights where each member of your audience is tuning in from across the globe. Here's how it works.

The new Blab Map appears in the top right corner of your screen as you're viewing a Blab, right above the comments stream.

As you can see, the locations of all viewers are plotted in purple, while the actual Blab participants themselves are highlighted in green. 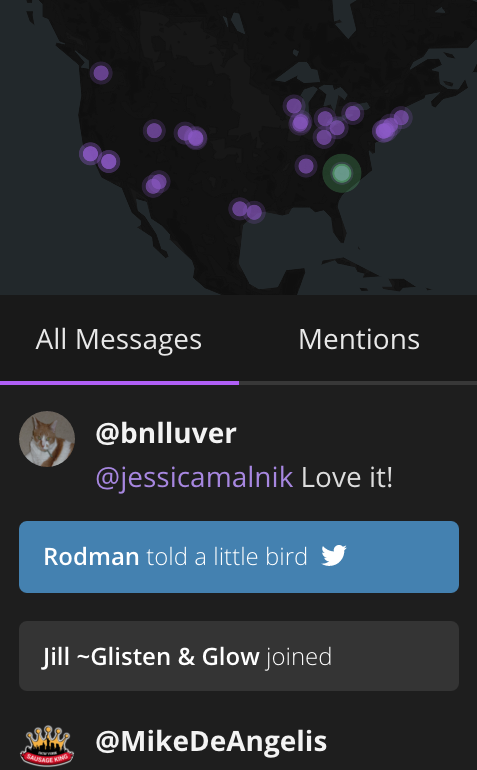 The map location detail is taken from the hometown you have listed on Twitter - Blab notes in their announcement that they're not tracking people's actual location, the dot is simply a reflection of where you're situated according to what you've noted on Twitter. You can move the map around to see each part of the world and who's participating.

(There's me, that little dot at the lower portion of Australia)

As new people come in and out of the Blab, the map resets, which sees it re-adjust to default position, but you can easily drag it back to where you were looking.

It's a cool, helpful new addition and goes some way towards underlining the reach capacity and connectivity of Blab. And while the information, in itself, doesn't change anything about how you Blab or the user experience of the process, it is interesting to have that data immediately available, to see your global reach plotted, right there, and in real-time.

Of course, Blab's not the first to do this - Periscope came out with a similar map functionality back in June (which they refined and updated only recently). In Periscope's case, the option has been extremely useful during world events - during the recent terror attacks in Paris, many people turned to Periscope to get a raw, uncensored feel of what was actually happening on the ground, how the citizens of Paris were seeing these events unfold and how they were responding. In fact, so many people turned to Periscope during the event that the app crashed under such heavy load.

The incident underlines the growing reliance on live-streaming as a means of connecting us, in providing us with the ability to see the world through eyes other than our own. That capacity is truly amazing and something we've not yet fully realized - we now have the capability to, at any time, see what's happening in another part of the world, to get a feel for what people in an entirely different culture, of an entirely different background, are seeing and experiencing, without the filters of news media or any other interpretation. That capability is the true power of social media, to be able to connect with the wider world, with other people, across borders, time zones and races, and communicate on a more intimate level. Such a tool has the power to increase our wider understanding of the world around us, and that understanding can lead to amazing advances in virtually all aspects of society.

Live-streaming is that to the nth degree. We've not fully realized it yet, we've not explored the full capacity of what's possible with streaming. But additions like Blab's map work to show us that we ain't all that different, that we're all in this world together. Listening, learning and advancing the global conversation - a capability that was simply not possible only a short time ago.