Facebook Rolling Out Immersive 'Canvas' Ad Option to All Advertisers

Get ready for a whole new type of Facebook ad - and a good-looking one at that.

After testing out the new ad offering over the last few months, Facebook is now making their new ad product, called 'Canvas', available to all advertisers around the world. 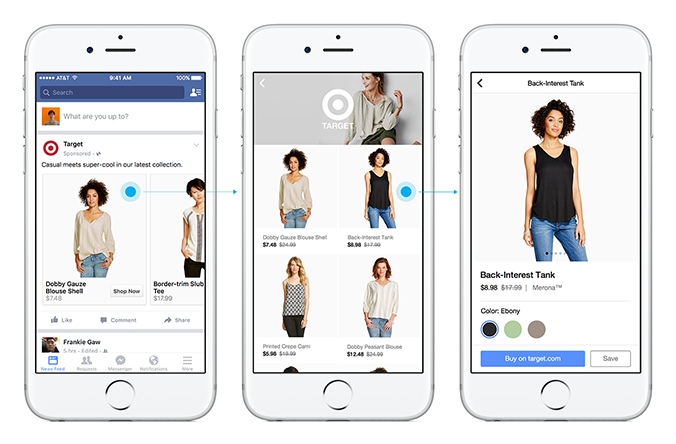 As you can see from the above sequence example, Canvas ads, when clicked, expand to full-screen size, giving users an immersive branded experience. They're effectively mini-websites built within Facebook - with the advantage for Facebook being that people don't have to leave their platform to view the content. Within a Canvas ad, users can "swipe through a carousel of images, tilt to view panoramic images and zoom in to view images in detail, making the Canvas experience immersive and engaging in a way that mobile sites aren't".

Canvas was developed in order to improve the mobile experience for users - with an ever-growing amount of people accessing the web via mobile (of Facebook's own 1.04 billion Daily Active Users, 934 million access the platform via a mobile device), demand for optimized mobile experiences is increasing - a demand to which many businesses have struggled to keep up. And while more brands are now creating dedicated mobile sites to provide users with improved experiences, slow load times and poor responsiveness are often cited as key reasons behind to why people choose to move on. When you also factor in that web page file sizes are now three times larger than they were in 2011, you can see how the challenges of creating a responsive mobile site can be significant - even if you know your audience wants a better mobile experience, and you're working to provide it, optimizing for mobile isn't necessarily an easy path.

But Facebook's mastered the art of mobile optimization. Through their advanced encoding techniques and clever back-end processes, Facebook's Canvas mobile ads are able to load 10 times faster than the standard mobile web. This is similar to the pitch Facebook's used with their Instant Articles offering (to which they've also just expanded access) - via Instant Articles, publishers can upload content direct to Facebook and their articles will load... well, instantly via mobile. In the launch notes for Instant Articles, Facebook stated that the average mobile load time for an external link from Facebook is around eight seconds, which may seem like nothing - eight seconds isn't long to wait for an article to come up, right? But on a wider scale, when you consider how many people are using Facebook each day, that time is significant. As noted earlier, Facebook now has over 1 billion daily active users, if each of those users opens up just one external link per session, that eight seconds load time equates to more than two million total hours that people around the world are waiting, each day, for posts to load - time those people could be spending doing other things. Like viewing more content on Facebook.

When matched against the full scale of Facebook's operation, you can clearly see why reducing load times is important to their business - and with both Canvas and Instant Articles, users will remain on Facebook, enabling Facebook to serve them more ads and better monetize their user base.

What's more, Facebook says that tests of Canvas have shown user engagement is higher with this new form of ad content. As reported by TechCrunch:

"53% of users that open a Canvas view at least half of it, and the average view time is a stunning 31 seconds. The top Canvas ads can see more than 70 seconds of view time per user."

Wendy's, for example, used Canvas for a campaign that showcased the ingredients of their cheeseburgers, which saw an average view time of 65 seconds. 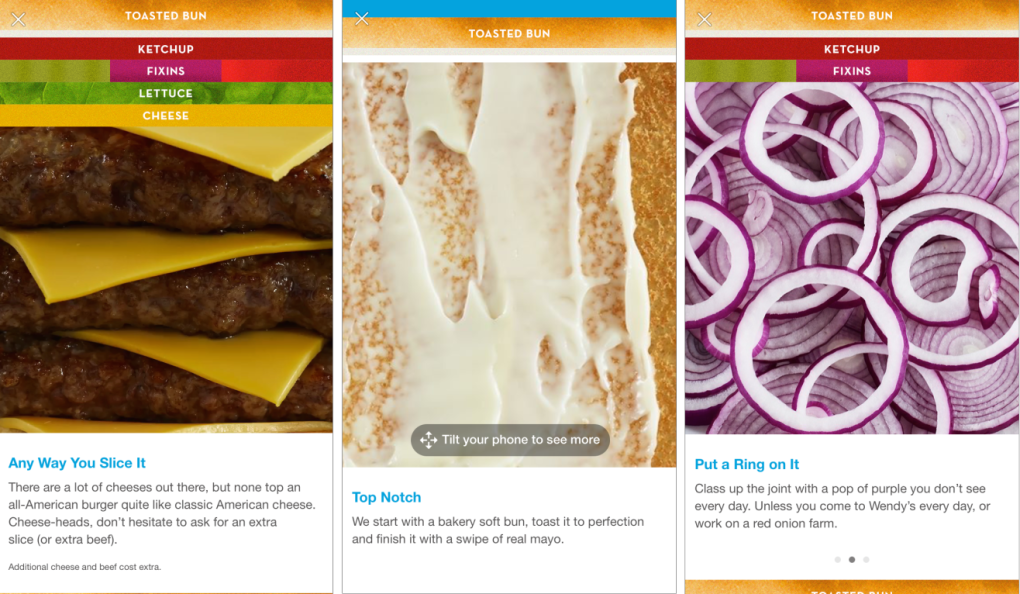 And really, it's not hard to imagine these new ad offerings would hold significant appeal - combine this with Facebook's advanced ad targeting to reach the audience who're most likely to be responsive to your ads (eventually, you might even be able to target audience members who regularly click the 'Love' Reaction on your posts) and these new offerings will likely see great response rates.

So How do Create Your Own Canvas Ads?

In Facebook's official announcement, they note that:

"The tool is available to advertisers in both Power Editor and the Publishing Tools tab on their Page."

Though it's not immediately available on any of the Pages I have access to at this stage. To get access, you can fill in this form. Once the tool becomes available to you, you'll be able to start building your Canvas through either your Page (under the Publishing Tools menu) or through Power Editor. Facebook has a detailed, step-by-step guide on how to create Canvas ads available in their Help section including details on how to add each Canvas element and build your Canvas experience.

So get ready for a whole new wave of Facebook ad content - the next step in Facebook's ongoing efforts to dominate the internet.