For a long time, there were a set of posters which adorned the walls of Facebook's Menlo Park offices emblazoned with one, simple statement: 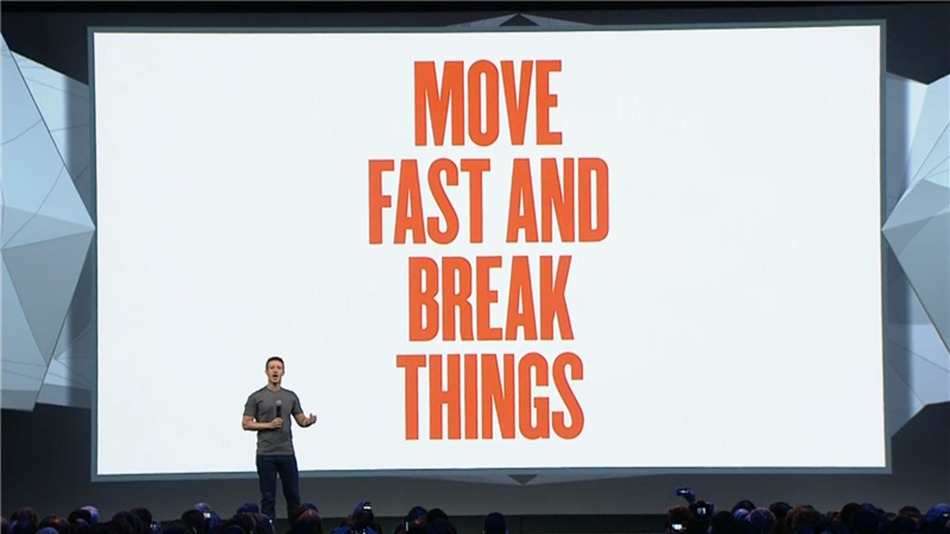 This was the creed upon which Facebook was built, how the company had grown from a Harvard hobby project to a multi-billion dollar giant. Moving fast was key to Facebook's success. But I say 'was'. Now that Facebook has grown so big and has so many people logging onto and using the platform every day, moving fast is no longer their priority - nor can it be with so much on the line. These days, Facebook has wider ambitions, grander goals for expanding the network's presence and societal influence. Learning from past mistakes and taking into account where they're at, Facebook's new mantra could more effectively be summed as:

That's where Facebook is headed. So much as The Social Network doesn't overtly state this objective - Zuck and Co prefer the narrative of 'connecting the world' - Facebook is a business, and a business that's learned how to win, how to fend off competition, and, essentially, how to dominate the market and advance towards strengthening their market position, bit-by-bit. And they're doing this on several fronts.

This came to mind yesterday when it was announced that Facebook's set to open up Instant Articles to all publishers. Instant Articles, for those unaware, is Facebook's play to dominate online publishing - which, by extension, is increasingly publishing itself. Through Instant articles, publishers post their content direct to Facebook, which means their content loads faster on the network, loads faster on mobile via Facebook's back-end system capabilities, and generally looks and performs better on Facebook's platform via a range of specialized features like improved photos (with zoom and 'tilt-to-explore' capacity), autoplay video and interactive maps. The catch is that people are coming to your website to read your content - they stay on Facebook. 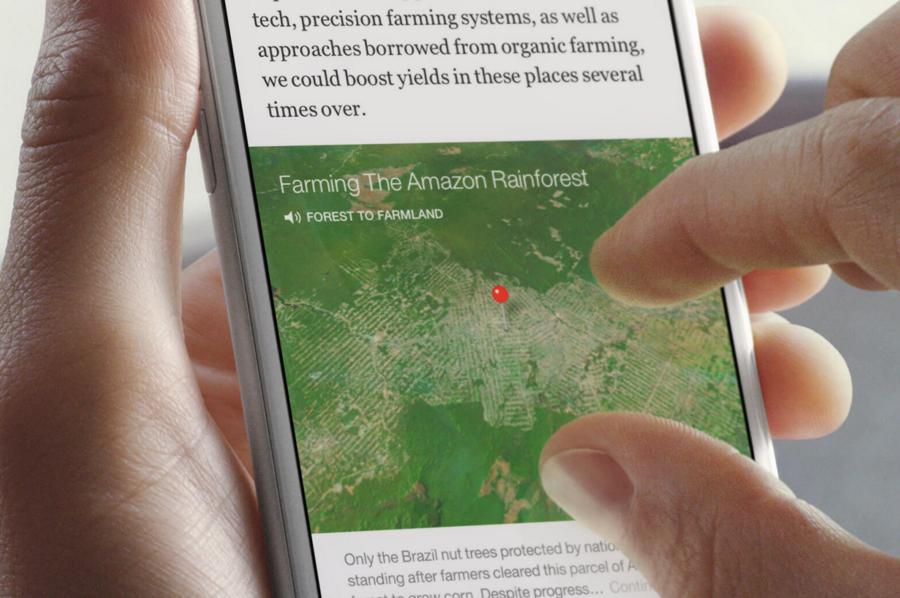 For many publishers, the lure of Instant Articles will prove hard to resist - Facebook is the largest social media platform in the world by a big margin, and for many publishers it's also the main driver of their referral traffic. Given that so much of their audience is already active on Facebook, if competitors were to start using Instant Articles and it enabled them to deliver a better reader experience, the pressure would then be on holdouts to follow suit - and considering hundreds of major publishers are already publishing via Instant Articles, including The New York Times, BuzzFeed and The Huffington Post, that pressure may already be building. Better user experience enhances user expectation, and that may already be in effect, with flow-on impacts rippling through.

And what's more, Facebook has access to a much bigger audience than any individual publisher. If Facebook were to decide to give Instant Articles a reach boost on the platform, which would then deliver significant readership to those sites that are utilizing the option - and effectively penalize those that don't - that too could have significant impacts over time.

The bottom line is that a great many publishers are highly reliant on Facebook for their traffic - and a great many others could benefit from gaining better reach through Facebook's network. Instant Articles has the potential to change the competitive landscape, elevating smaller players than grasp the offering quickly and penalizing those that refuse to sign up.

Given that impending pressure, the next concern is revenue share. Most, if not all, online publishers generate revenue based on their site traffic, serving visitors ads and referral links. If those visitors are reading their content on Facebook, publishers can no longer monetize that audience, which then leaves them worse off, right? Well not quite - while there have been many concerns raised about Facebook's revenue split from Instant Articles, The Social Network recently altered the deal (Vader reference intended), moving away from previously established restrictions on the amount and types of advertising that could appear in Instant Articles. As a result, some publishers are now saying that their Instant Articles content generates the same amount of ad revenue as their own mobile properties. That's a big step for the offering, but as noted by Josh Constine from TechCrunch, that doesn't necessarily equate to a like-for-like swap, as publishers can drive further traffic on their own properties through "links that promote the publisher's other posts, encourage people to pay for subscriptions, buy event tickets, or sign up for newsletters".

Facebook, for their part, has stated that their aim with Instant Articles is to "connect people to the stories, posts, videos or photos that matter most to them", which ultimately means keeping them on platform for longer, and in that sense, the ad revenue generated from Instant Articles is likely not their main focus. Keeping them on Facebook, where they can serve them more ads overall, is. And as Instant Articles opens up more widely, that may be exactly where things are headed.

One of the most important considerations for Instant Articles in this context, and in relation to this latest update, is that all publishers will be able to take part. Does that mean a blogger, a single person typing up ranting missives from his home PC could use Instant Articles and, in effect, monetize his or her work? Yes, it does. The definition of 'publisher', in the modern context, is far different from what we would traditionally attach that tag to - theoretically, a solo blogger, once Instant Articles is open to all publishers, could rival the reach of much larger publishing houses and become a media player all on her own. This element could have significant implications, particularly if people are actually able to generate income from Instant Articles - something which may not be as easily done via Tumblr or Wordpress, and definitely not on the same potential scale.

But of course, all of this is essentially building audience on rented land, and businesses are hesitant to do that after Facebook pulled the rug out from under those who'd come to rely on the platform to reach their audiences. Facebook's restrictions on organic reach changed the game, effectively forcing business owners to fork out money to reach the same audience they were once able to access free of charge. This was partly to drive ad revenue, for sure, but it was mostly due to the growth of Facebook, something no one could have foreseen. So in that sense, maybe it's not so bad to trust Facebook? It's hard to say, but what is clear is Facebook is playing the long game here, taking it step-by-step, process-by-process. And slowly devouring the internet, piece by piece.

This is how The Social Network operates these days - it's no longer about being the fastest, it's about being the smartest. They're placing bigger bets on longer term projects - laser-enabled wi-fi delivering internet access to remote regions, celebrity-lead live-streaming that they're gradually rolling out to the masses. Advanced advertising systems that will be able to identify and target relevant audiences at levels of accuracy never before seen. And that's without even mentioning the next generation of AI, which Zuckerberg himself is using to power his new smart home system - and virtual reality, which will take video to the next level. Rather than roll things out quickly, Facebook's taking a more steady, measured approach, and on many varied fronts. It may not be fully clear how all these things will come to fruition, but there's a wider strategy in play, a larger, more intricate system, incorporating many elements.

The expansion of Instant Articles may seem small, in isolation, but its one part of a much bigger plan - one more step towards Facebook's ascension to internet dominance.

Access to Facebook's Instant Articles will be expanded from April 12th, as part of Facebook's F8 conference.