It's two years ago to the month that Facebook first launched their 'M' digital assistant tool for Messenger, which was originally envisioned to become a next level AI option that could do everything - from shopping, to paying bills, to finding the best deals online - all with minimal intervention from the user.

Except M couldn't do all that. Well, it could, but not without a level of human intervention, and that level of intervention wouldn't scale, so earlier this year, Facebook re-launched M as 'M Suggestions', an additional helper within your Messenger threads that can assist with a range of specific tasks. 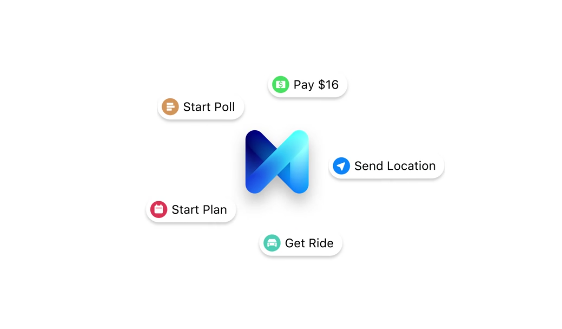 And now, for the first time, Facebook's expanding access to these new suggestions outside of the US, with users in Australia, Canada, South Africa, and the U.K. now able to experience the tech-aided wonder of M's capabilities.

How you view M's functionality will vary from user to user - basically, M will start popping up in your Messenger threads offering suggestions based on whatever it thinks you're discussing.

To do this, M 'reads' your messages and tries to ascertain relevant context - which may freak some people out, thinking that Facebook is storing all your Messenger exchanges (though Facebook does note there is no additional data-logging required). It also can seem a bit strange, an M prompt showing up, but you'd assume that users in the US must have responded well, in order for Facebook to expand the rollout.

For the international version, M won't be able to incorporate all the same third-party extensions as the US version - like those from Delivery.com, Food Network, and Spotify (which has just been expanded). But it will be able to provide suggestions for sending stickers, sharing your location, making a plan, creating a poll in a group conversation, sending birthday wishes, saving content and making voice and video calls.

In broader terms, M signals Facebook's broader push into artificial intelligence, and towards using their expansive audience data set to provide better, more relevant prompts and matches to help people do more within Facebook's suite of apps - and Messenger specifically.

Facebook's been working to evolve Messenger Bots as a more significant option, and M may give them expanded capacity to do just that. Part of the reason why Messenger Bots have been slow to catch on is that many users simply don't know they exist, despite there being more than 100,000 active Messenger Bots in circulation. M gives the bot process more exposure, helping to raise awareness of what's possible, which may, eventually, help make them a more relevant consideration.

And if Facebook can do that, it could have significant implications for businesses, with bots and virtual assistants adding a whole new variant into the discovery process.

It'll be worth tracking the adoption of M in these new regions, as well as the addition of new tools and options within the M process.