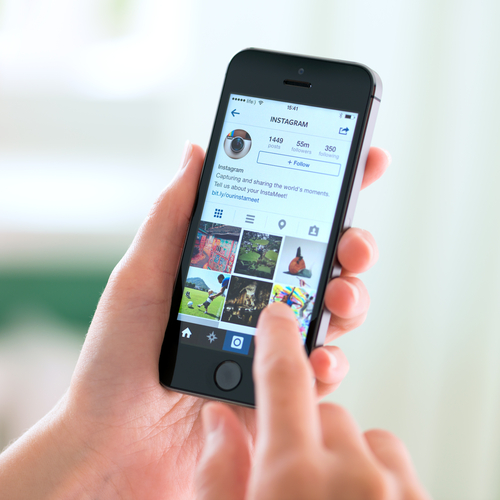 Business on Instagram is tipped to be a hot trend in 2016. The fastest growing social media platform of the moment, Instagram has expanded its monthly active user base from 200 million in early 2014, to 400 million as of September this year, doubling their audience within an 18 month span. To capitalize on this, and to take the platform to the next level, Instagram recently announced that they're opening up their ad offerings, making them available to all businesses, everywhere. And given that engagement on Instagram is higher than on many other platforms, including Facebook, marketers have become increasingly excited about the opportunity to jump on the Instagram trend and meet their audiences where they're most active.

But along with that additional functionality comes the need to cater to different purposes. As with other platforms, now that you can advertise on Instagram, people are increasingly finding the need to use the network for both professional and personal purposes. This often means that you're having to log out and log back in to different profiles to post, which is both time consuming and... well, annoying.

But don't fret Instagrammers, help is on the way - Android Police has today reported that users in the Instagram beta group are seeing options to enable management of multiple accounts from one log-in. 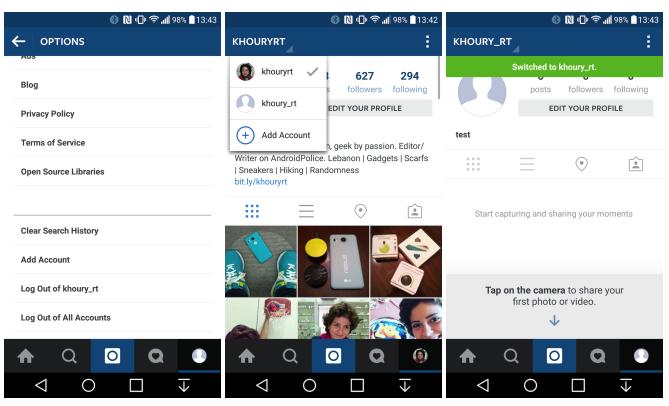 As you can see from the screenshot, the new functionality, currently only being tested on Android (based on reports), enables you to add additional accounts (first shot on the left) and switch between them in-stream. When you click on 'Add Account' in the 'Options' menu, you'll be given the option to sign-in to another account, or even create a new one. Once you've done that, you'll see a selector arrow drop-down menu next to the account name (screenshot 2) which will enable you to quickly jump between the available profiles. You're also given the opportunity to log-out of individual accounts, or all accounts at once.

The option to switch between accounts has been one of the most requested Instagram features - and not only from those who manage additional business accounts. According to TechCrunch, younger users will often have multiple accounts on the platform, creating secondary profiles nicknamed 'Finstagram' accounts (an abbreviation of 'fake Instagram') in order to share more intimate photos with smaller groups of friends, while their main accounts showcase their best, most polished images. Interestingly, per TechCrunch, these same users refer to their main Instagram accounts as 'Rinstagrams' or 'real Instagram'.

The difference between the 'real' and 'manufactured' element of social media content was highlighted recently when Instagram star Essena O'Neill spoke out about the fakery of her glamorous posts, how she'd spend hours crafting and refining even the most basic shot in order to present herself in the best light, thus providing an unrealistic, and possibly unhealthy, comparison for other young girls.

It would be interesting to see the data on how widespread the practice of having multiple accounts is, particularly when considering the platform's overall user growth. While all platforms have a level of fakes and fraudsters creating dummy profiles - Facebook's previously estimated that up to 11% of their profiles are fake, which is actually a huge amount when you consider Facebook has 1.55 billion users - if creating secondary profiles is actually part of a wider reaching trend and practice, that could be causing an impact on the platform's perceived expansion and use, which would be worth noting for marketers and the like.

Instagram's account switching option is currently only available via Android - you can join the Instagram beta test group to try it out early if you wish. There's no official word on a live roll-out of the option at this stage.