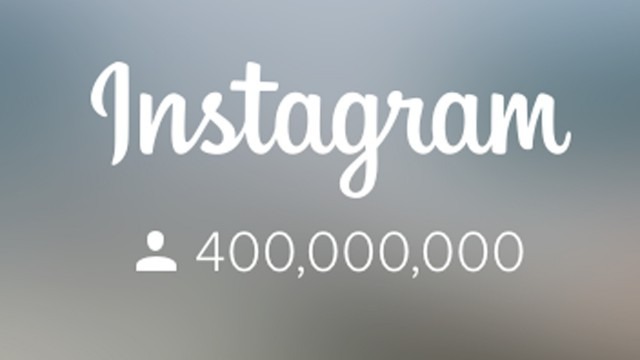 When Facebook paid close to $1 billion for Instagram back in 2012, people thought Zuck had lost it. A the time of the deal, Instagram had close to 30 million users, which meant Facebook was effectively paying around $33 per user, a huge amount. Crazy.

Well that investment is looking more and more astute every day, with Instagram, today revealing, via an official blog post, that they've now hit 400 million users.

"We are thrilled to announce that the Instagram community has grown to more than 400 million strong. While milestones like this are important, what really excites us is the way that visual communication makes the world feel a little bit smaller to every one of us."

Now valued at around $35 billion, Instagram is seen as the next big thing in social media marketing, with a huge potential audience to capitalize on. Previous reports had shown that Instagram was growing at a rapid rate, hitting 300 million users in December last year - which at the time rivalled Twitter on 284 million MAUs. Twitter has since revised and is currently listed at 316 million MAUs - but this new announcement would put Instagram well ahead of that mark, while still growing at a rapid rate. When you consider, also, that engagement on the platform is, according to some reports, higher than it is on Facebook, you can see why the market is so enamored with the potential of the image-sharing medium.

Instagrammers are posting more than 80 million photos every day, with a whopping 75% of the app's users residing outside the US.

"Among the last 100 million to join, more than half live in Europe and Asia. The countries that added the most Instagrammers include Brazil, Japan and Indonesia."

This is an amazing result for the company, placing it firmly into the social media 'Big 3', alongside Facebook and YouTube. Of course, that also means Twitter is being pushed out of that elite category, as it struggles to maintain user growth. That doesn't necessarily mean anything, the 'Big 3' title is little more than a dynamic attribution, but it may put more pressure on Twitter to hold its ground, at least from a market perspective.

However you look at it, 400 million users is a massive result for Instagram, and it goes some way to underlining its importance in the wider social landscape. If you've not considered Instagram for your brand, maybe now's the time to get on board.