Instagram's direct response ads have now been available for more than a year, and so far they've seen pretty good response, with most advertisers reporting comparative performance to Facebook ads - and some seeing extraordinary results. In that time, Instagram's also been examining what's working and what's not, and has made various refinements to how their ads work.

One of those changes came in June, when the platform released an enhanced call to action button which extends across the full width of the ad with the call to action text appearing on the left hand side. 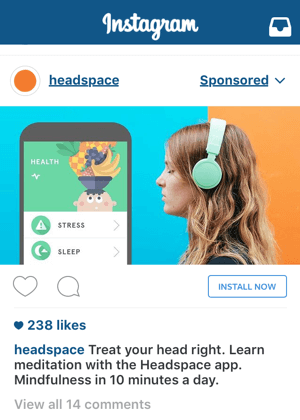 The update proved a success, with Instagram reporting that performance of their direct response units increased more than 45% as a result.

Given this, the platform has today announced some new upgrades to further enhance their ad units to highlight their presence and prompt more users to click-through. Here's how they work.

"To guide people to take an action, the call to action button will be highlighted when people show interest on or around an ad-like resting on the ad for four seconds or tapping on the profile name." 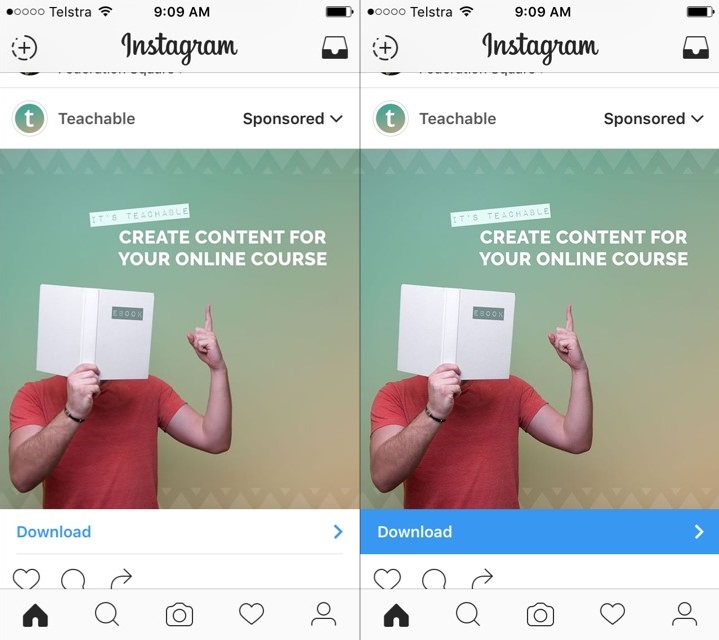 As shown here, when you stop scrolling to look at an ad for four seconds, the call to action button goes blue, prompting further action. Here's another example from an app install ad. 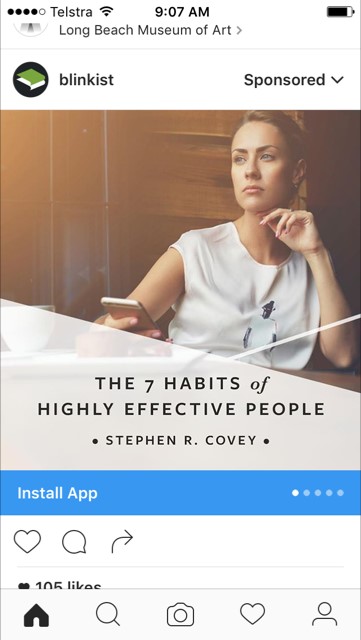 In some ways, it seems like it may be more intrusive, but the fade to blue is fairly subtle, it doesn't feel out of place or annoying. But then again, it does clearly highlight that this is an ad. Sure, most people know this already anyway (it does, of course, say 'Sponsored' in the top right), but some brands would likely prefer to have a more natural feel to their ad content, and this new addition will further highlight that it is, in fact, an ad.

In line with the initial expansion of the CTA button, the new addition aims to prompt user action, and it'll likely put more onus on advertisers to re-think how their ads work and how they can incentivize users to want to click through, how they can make that CTA irresistible and more relevant - so that when it does go blue, people will actually want to press it to access whatever it is on offer.

2. Call to Action Button in Comments

As part of their changes in June, Instagram also added a new function that saw CTA buttons appear at the bottom of an advertisers profile when users clicked through to it from an ad. Now, Instagram's expanding that so that when a user clicks on the comments section of an ad, the CTA button will remain at the bottom of the screen to make it easier for users to connect.

This is a small addition, but again, it may prompt further user action through presence alone, and having that reminder gives users another option to more easily click through and get further information based on the ad content they've responded to.

"When we detect additional information from an ad like price, destination URL or app store rating, we'll automatically add it to the call to action button." 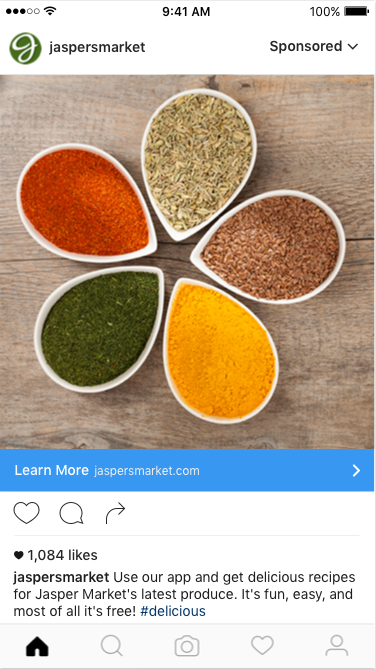 As you can see, the "jaspersmarket.com" URL is shown in the CTA, giving users more context as to what they're clicking on before they do so. It's a quick and easy way to provide extra info to your audience to help them understand why they should click, and could be particularly useful, especially in the case of price.

And the last new addition relates to how video links are displayed, with a new option that will display the destination URL from the ad whenever the video is unmuted. 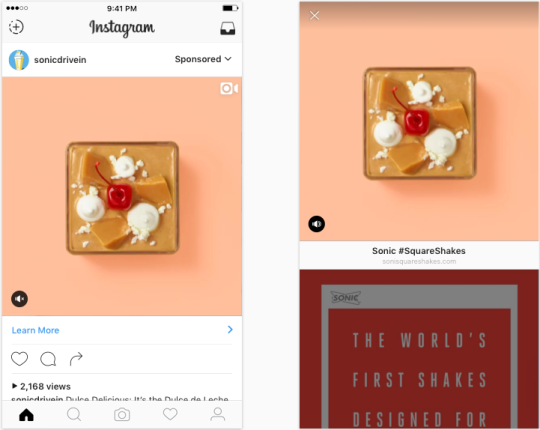 As displayed, once the user clicks to unmute the ad, there's a split screen display with the destination URL below and the video continuing to play on top.

"Now people can explore, browse and take action on a landing page while continuing to watch the video. People can also go to full screen or dismiss the video player if they prefer to browse the web page."

With video consumption on Instagram increasing 150% over the course of 2016 (and no doubt still on the rise given the addition of Instagram Stories), more advertisers will be looking to utilize video on the platform, and this new option provides a new way to consider how their video content is displayed, with a more immersive experience incorporating both the content and the destination.

Some of these tools are already active, with Instagram noting that they'll all be rolling out "over the next month". It'll be interesting to see what response they get from these new options and how they alter brand strategies to maximize their Instagram ads.