LinkedIn has announced that it's reached a new milestone of 500 million members, up from the 467 million it last reported back in October. 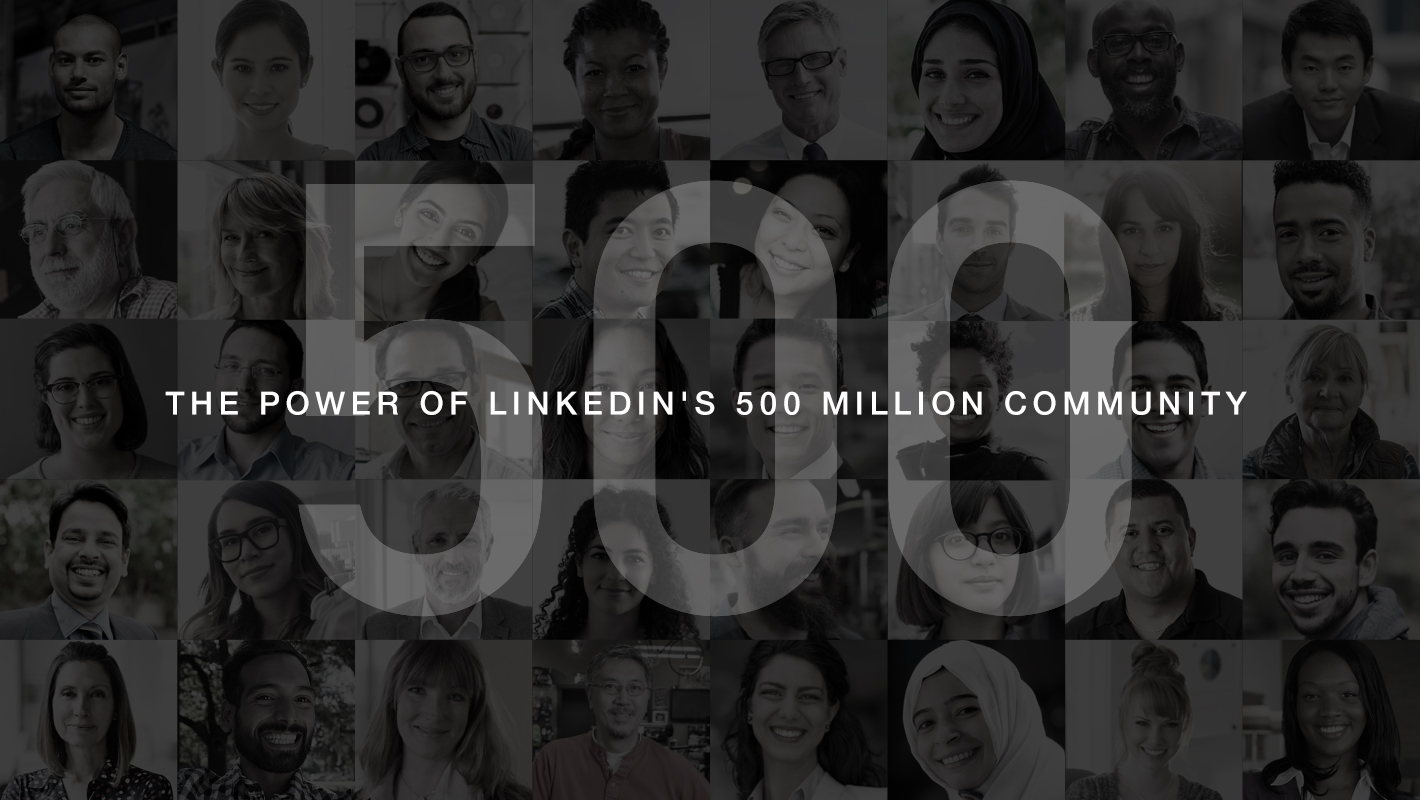 But it's worth clarifying a few specifics here - unlike other networks, LinkedIn reports total members as opposed to active users. For comparison, there are more than 1.3 billion existing Twitter accounts, but only 319 million monthly active users, a big difference.

In this case, LinkedIn's active user count is likely a lot less than its total members - according to TechCrunch, some research suggests that LinkedIn has 250 million MAU, though previous data has indicated that only around 25% of LinkedIn users are regularly active on the app, which would put this figure at around 125 million MAU.

Not that MAU is necessarily a defining metric for LinkedIn, as it is for Twitter or Facebook, as LinkedIn's been able to carve a more specific, business-focused niche, giving them the capacity to provide more specific ad targeting options. If you're advertising on LinkedIn, you're probably not advertising to reach the widest possible audience, but a more specific one - so while the reported data is different, it's not necessarily a core metric. Though the distinction here is relevant.

In addition to this, LinkedIn's also provided some additional insight into their user base, including:

LinkedIn's also provided a series of charts showing how and where LinkedIn is most used. 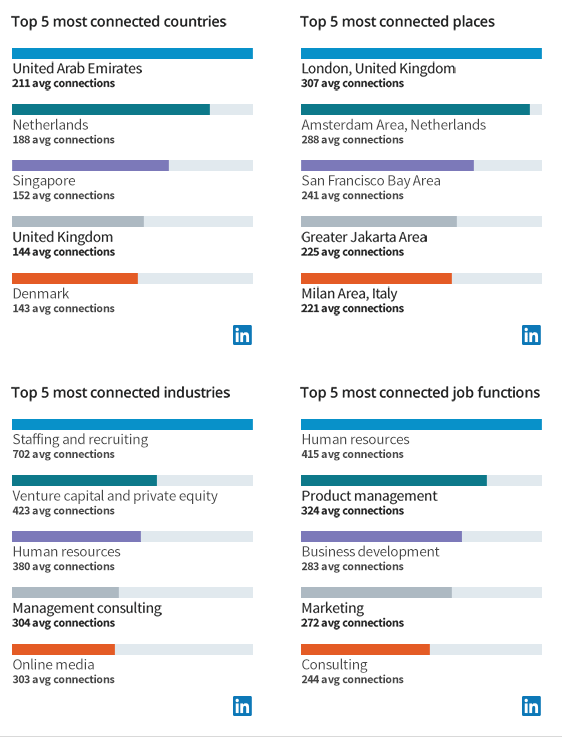 As noted, UAE is the 'most connected' nation, followed by the Netherlands and Singapore, while, unsurprisingly, 'human resources' is the most connected job function.

To help mark the milestone, LinkedIn's also adding a new set of insights about people in your network, which you'll be able to access via the 'My Network' tab on your profile. LinkedIn hasn't offered much detail on what, exactly, the new data provided might be, but a spokesperson has told TechCruch that it'll include "lists of who's the most connected in your network, who has the most mutual connections and interactions with you, who was your first connection, and so on".

LinkedIn's also looking to add in new options like location sharing for in person meet-ups, and a variation of authorship which will help connect your LinkedIn profile to publications you've authored on the web, expanding on their data potential to widen their network.

And in a separate announcement, LinkedIn's also added in 'Matched Audiences', their own variation of retargeting, with three options available to help better focus your LinkedIn ad efforts.

In testing, LinkedIn says advertisers have seen increases of more than 30% in CTR across all the new options - and it's not hard to see why. As noted by Marketing Land:

"Advertisers can get super-specific with their targeting, since the Matched Audiences options can be used together and with LinkedIn's standard targeting options, like people's location, job title, seniority level, gender and age."

As always, there's a level of testing required, but the options add a new level of consideration, and possibility, to the LinkedIn ads process.

So, LinkedIn continues to grow, and add in new advertising options to help connect you to their audience - which you can expect to see more of now that the network is part of Microsoft. On that front, LinkedIn's professional data banks are also being directly plugged into Microsoft Dynamics 365, giving Dynamics users access to more data (LinkedIn recently updated their Terms of Service to cover such usage). This may not mean much to everyday LinkedIn users, but it certainly gives Microsoft's products a significant boost. Next is to see if they start cutting off competitors' access to LinkedIn's social graph.

Overall, some interesting data from LinkedIn, and some powerful new ad tools to consider. It's worth taking a closer look at Matched Audiences and considering their potential in your strategy.