In amongst their array of F8 announcements, Facebook have also released their latest Hot Topics report, highlighting the issues that generated the most discussion across both Facebook and Instagram in March.

Facebook's monthly Hot Topics reports provide key insight into what's being mentioned, as well as, importantly, who by, which can help brands get a better understanding of the issues and subjects most relevant to their target markets. 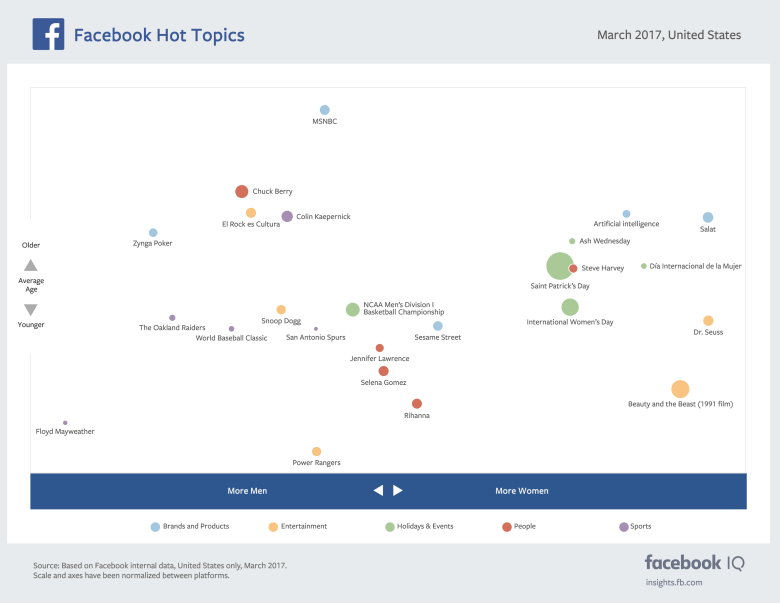 Seasonal events always get a lot of attention, so it's no surprise to see both St Patrick's Day and International Women's Day among the most mentioned stories (the larger the bubble, the more mentions each issue saw). The March Madness basketball tournament was also popular, while there were a lot of mentions of 'Beauty and the Beast' in the lead-up to the latest version of the film.

Young male users discussed boxer Floyd Mayweather, while Dr Suess is at the other end of the spectrum, denoting more discussion amongst female users.

Also interesting to see 'Artificial intelligence' get a mention in there, popular amongst older female users.

Over on Instagram, again the story is much the same. 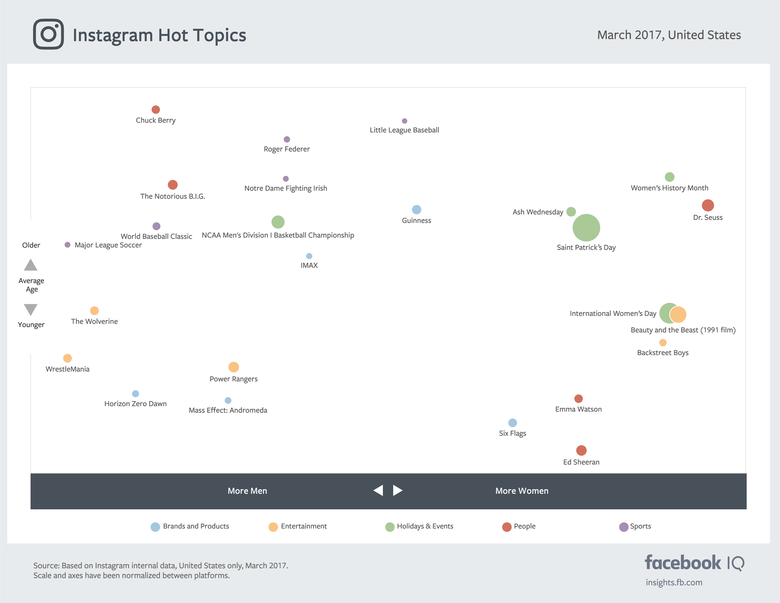 As we've noted before, this is interesting because when Facebook first started publishing their monthly hot topics reports for both Facebook and Instagram, the top issues varied significantly on each. Now, they're much more in parity, which likely points to Instagram's evolution and development beyond image sharing.

As always, Facebook has also provided regional reports for: 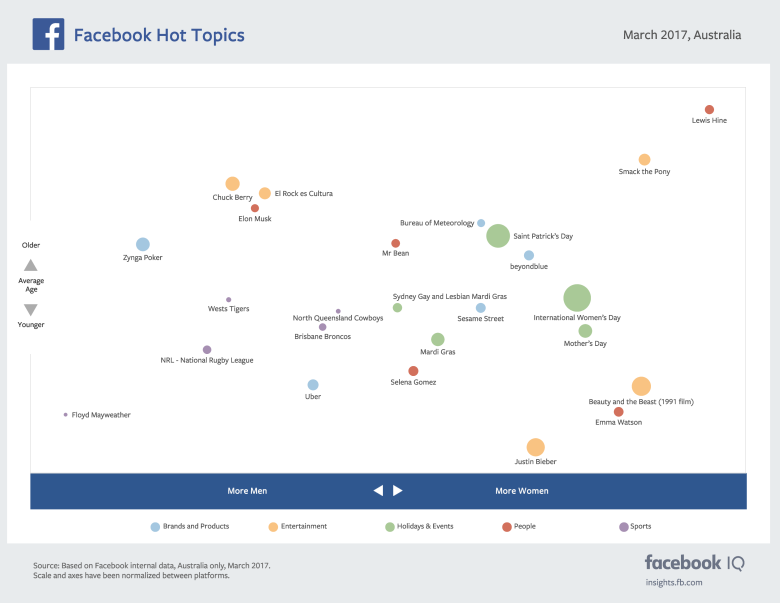 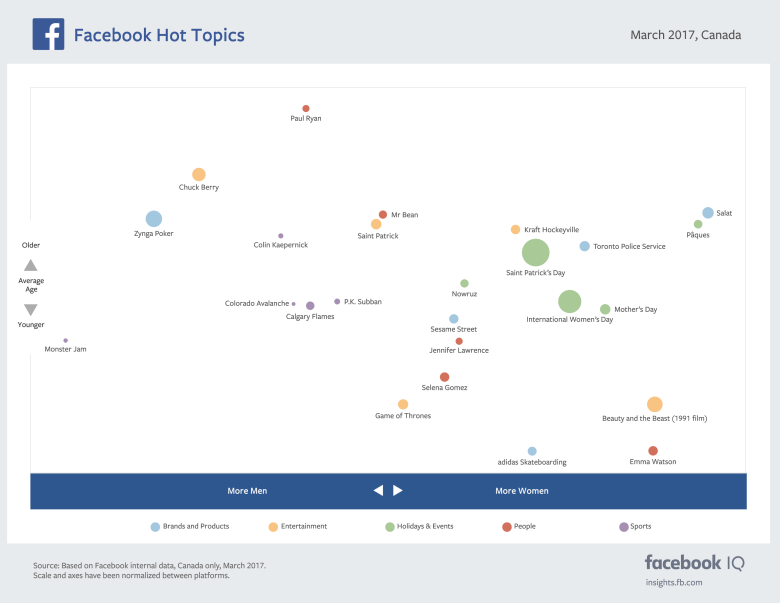 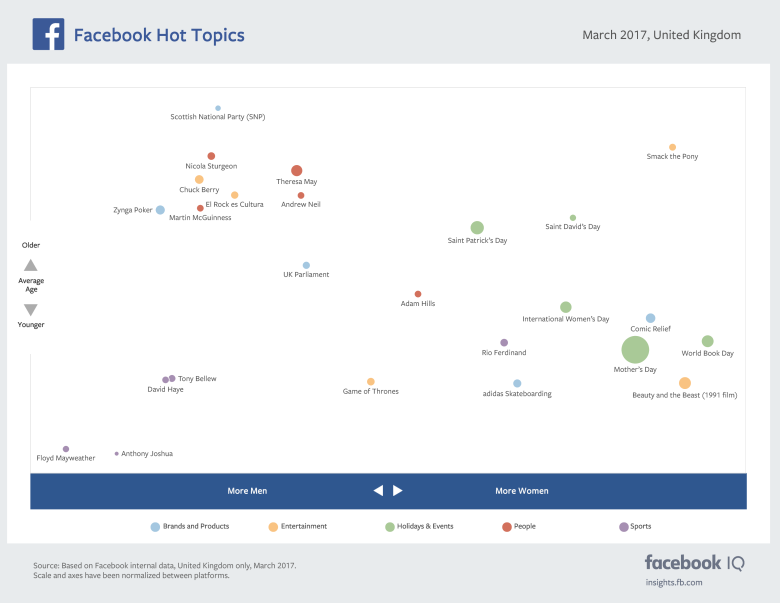 While most of the key trends are as you'd expect, it's worth checking to see which topics are resonating most among the specific age demographics, and how that relates to your own campaigns and on-platform efforts.