As part of an announcement relating to their new app shortcuts for Android, Pinterest engineer Rahul Pandey has also noted that the platform now has 175 million monthly active users, up from the 150 million they reported back in October.

Pinterest CEO Ben Silbermann also shared the same figure with CNBC earlier this week, underlining the platform's sustained growth on the back of new initiatives to re-imagine search and improve connection between brands and users.

Search, in particular, is where Silbermann sees big potential - in his interview with CNBC, Silbermann noted that "the future of search is going to be about pictures instead of keywords", a line which echoes similar sentiment from Snap Inc., who are framing themselves as 'a camera company' as opposed to a social media service.

On this, Pinterest recently launched their innovative new Lens tool, which enables users to take photos of real world objects, then use those images as the basis for a Pinterest search.

Pinterest's Lens has also become a key focal point of their new integration with Samsung - built into the Samsung Galaxy S8 phone is Samsung's personal assistant tool called Bixby, which functions in a similar way to Apple's Siri.

To access Bixby on the S8, users are able to push a button on the side of the phone. 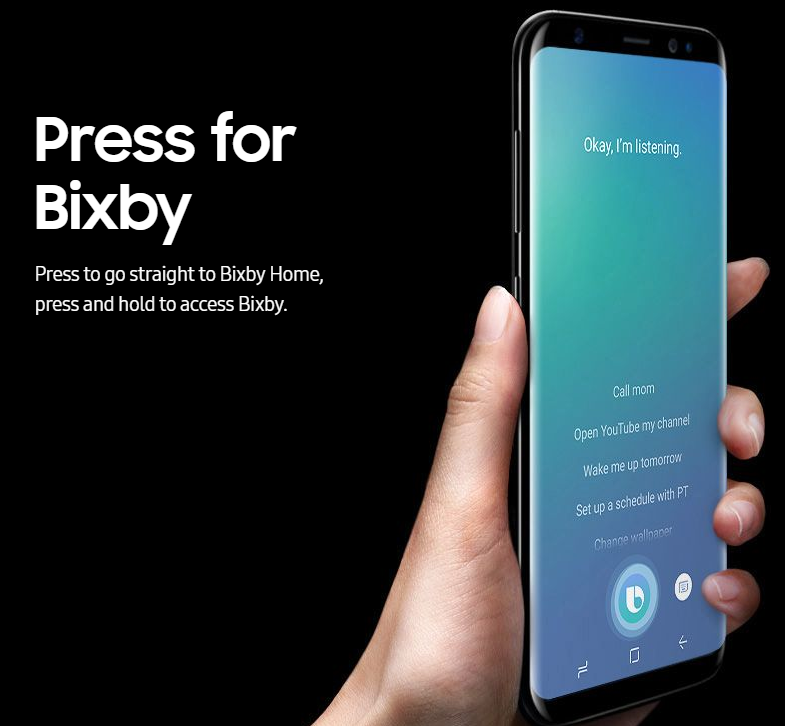 And this is where Pinterest comes in - integrated with Pinterest Lens, S8 users will also be able to conduct a Pinterest image search direct from the Bixby prompt.

"So if you see a pair of boots you like, now you can do a Pinterest image search to discover similar styles, and even get ideas for what to wear them with. Or give it a try with fabric patterns, interesting tiles, wall art or recipe ingredients and see what ideas turn up."

As you can see in the example, long press on the Pinterest icon and you'll be given a new set of shortcuts to use:

You can move the shortcuts to wherever you want, making them easier to access.

For now, the shortcuts are only available on Android, but Pinterest says the same options will be rolling out for iOS soon.

All three of these updates underline Pinterest's ongoing evolution and development - it may not get the notoriety or coverage of Snapchat or Instagram, but Pinterest is developing its own, unique use-case, and along with that, a dedicated following which is coming to rely on its utility.

Add their evolving visual search tools into the mix, and you can start to see how Pinterest is planning to book more than $500 million in ad revenue this year - and why your business should consider paying attention to the high purchase intent and focus of the platform's audience.