TweetDeck may be the most under-rated Twitter utility available.

While there's a wide range of social media monitoring tools and Twitter-specific options on the market, many providing excellent functionality, TweetDeck remains a key app for anyone looking to maximize their use of tweets and find the most relevant information amidst the fast-moving tweet stream.

But TweetDeck doesn't seem to get as much coverage as other providers. One thing holding TweetDeck back is the lack of a mobile app, for sure - but then again, managing the various TweetDeck streams on a mobile device would be fairly difficult, it's understandable that a mobile app doesn't exist (note: TweetDeck did once have a mobile app). There's also regular criticisms relating to lag time in the app, which are particularly noticeable for regular users.

But still, in terms of utilizing real-time search, and Twitter's advanced search parameters, TweetDeck remains the best platform, and this week, Twitter's announced a couple of updates for the tool.

First off, you can now control whether GIFs autoplay in your TweetDeck streams.

3/ We also added the ability to control whether GIFs auto-play or not! Click the icon and flip the switch in settings pic.twitter.com/fGkfv1Wtz3

Okay, that's not necessarily world changing, but it's still a good, functional update. Various users have also asked whether you can post GIFs via TweetDeck - yes you can. You don't have the option to search GIFs like you can within the main app, but you can upload GIFs from your own PC (up to 15mb in size, as per Twitter's update last July) and post - either as a new tweet or reply.

To post a GIF in a new tweet, click on the compose 'feather' icon at the top left of TweetDeck and select 'Add Images', then add a GIF.

To add a GIF to a reply, click on the reply icon on any tweet, then click on the 'Popout' icon at the bottom, which will give you the 'Add images option.' 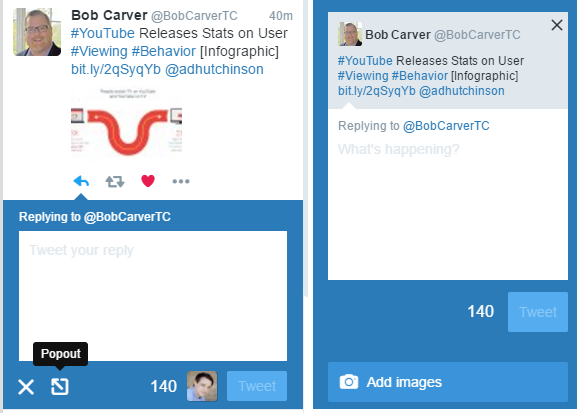 The second new TweetDeck addition is more interesting - you can now get a listing of what people are saying about any particular tweet with a new 'See who quoted this tweet' option.

2/ You can now use TweetDeck to see what people are saying about a Tweet pic.twitter.com/5oguYKytRg

You can do this for your own tweets or anyone else's, which can help to provide more context on the wider conversation relating to a specific topic.

When you click on 'See who quoted this tweet', you'll get a new column in TweetDeck which shows the fill quote history. 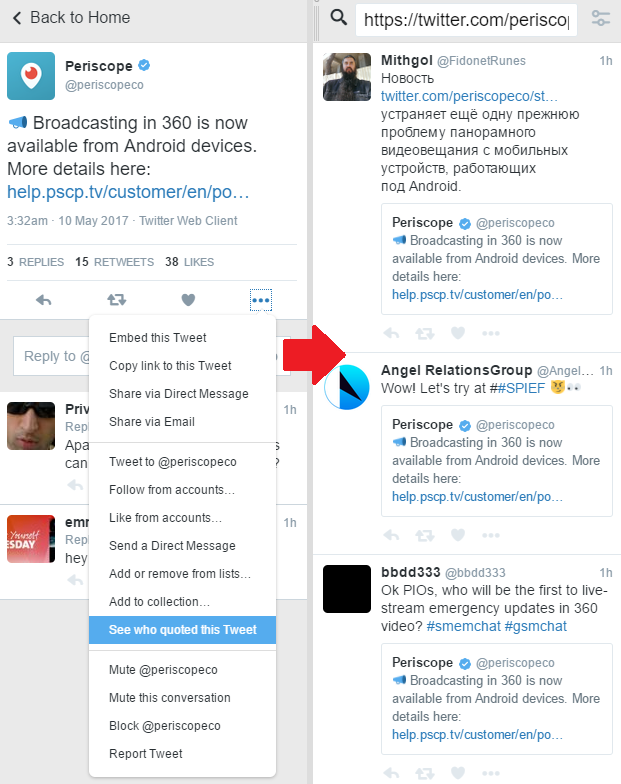 Original tweet on left, new 'who quoted it' stream on right

This will also enable you to easily keep track of any ongoing quotes of that tweet - and with quote tweets now becoming am increasingly popular option, enabling you to add your own take to a re-tweet, this is a great addition, and one that would be equally beneficial within the main Twitter app.

As noted, there's some great search and monitoring functionality within TweetDeck that can sometimes be overlooked, as TweetDeck doesn't necessarily get a huge amount of promotion. But it's a worthy tool, and definitely one you need to have in your social management toolkit - there are some search functionalities available within TweetDeck that are just not available - or not available in such an easy to use form - anywhere else. Like, say, searching your tweet Likes. 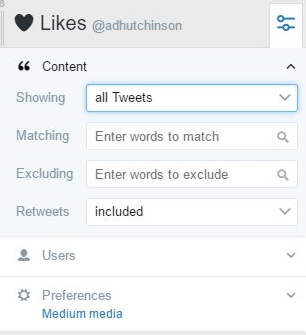 The TweetDeck team are always adding smaller tweaks and options too - if you haven't checked out TweetDeck in a while, it's worth taking another look, and if you've never used it, it's definitely worth spending some time to see what functionality it has on offer.