Twitter have quietly announced two new updates to help build live-stream viewership and get more out of TweetDeck.

The first is live-stream notifications - now, when you find someone whose Periscope streams are so great you never want to miss them, you can get Twitter to send you a notification anytime they go live.

Don't miss a live moment! Turn on notifications to join in when someone you follow shares live video on Twitter. pic.twitter.com/dddk81GuCH

And while the implications of that are significant for individual live-streamers, it may be even more beneficial for brands.

Twitter has a range of deals in place to air exclusive live content, ranging from the NFL to Bloomberg - and a new one just announced with Cheddar. The problem with live-streaming is that the signal-to-noise ratio is quite high, so live platforms need that higher level, broadcast-quality content coming through in order to draw enough audience to monetize and grow the offering. With this new system, Twitter might be able to motivate more viewers to sign up for notifications of such content, boosting viewership and popularity, which will have expanded flow-on effects for live-streaming more generally.

Twitter has a lot riding on live-streaming being a success, so expect to see them doing all they can to help push the option.

Also related - Twitter's reportedly working with Apple to expand their Periscope Apple TV offering, which would enable users to watch Twitter live content on their TV, which would be an important shift.

This also comes on the back of a recent announcement from Periscope that broadcasters will now be able to see when people they follow join their broadcast.

In addition to their live-stream updates, Twitter has also announced an update to TweetDeck, adding location and date filters to their search options.

New! Location and date filters so it's easy to find Tweets from a specific place or time. https://t.co/VADmrWrctc pic.twitter.com/CfxmBJEE4m

In practice, the new search tools are very easy to use - in your TweetDeck search stream, you can select the desired date range from the main "Content" field. 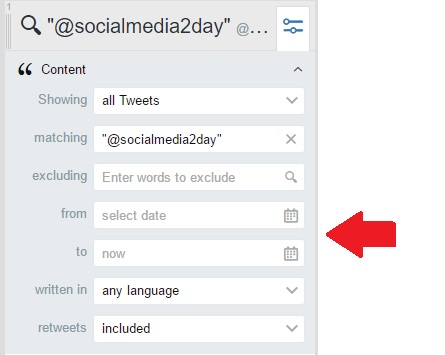 While the location filter comes with a cool map within its own section. 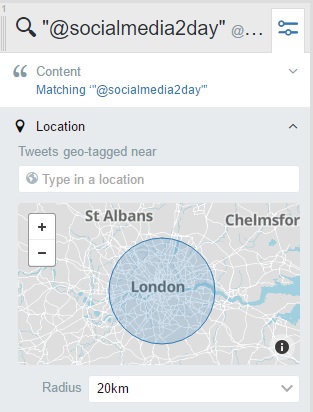 Building out TweetDeck is a logical move for Twitter - people are already using third party tools like Hootsuite and Sprout Social to monitor and manage Twitter content. If they can expand their own offerings, they can keep people on their platform longer, helping building audience, for one, but also enabling them to better connect and showcase their ad options.

None of these updates are necessarily ground-breaking, but all of these smaller functional improvements add to the whole and show that Twitter's working to evolve the platform and establish better connection with their audience. There's still a long way to go for Twitter, but steps like these show they're slowly getting onto the right track.