Creating a content calendar can be a great way to keep your social media presence on track and ensure you're tapping into all the relevant seasonal celebrations and events. But it can also be challenging to put one together.

Well, maybe not challenging - there are a heap of guides and tools available - but it is time-consuming. You have to sit down and go through the dates and ensure everything's marked off, and there's a new celebration every other day - did you know that today is "Backward Day"?

To help with this, Twitter's released a new calendar template for February to get you started, highlighting all the relevant events that you might want to tap into for the month, along with related tweet volume stats. 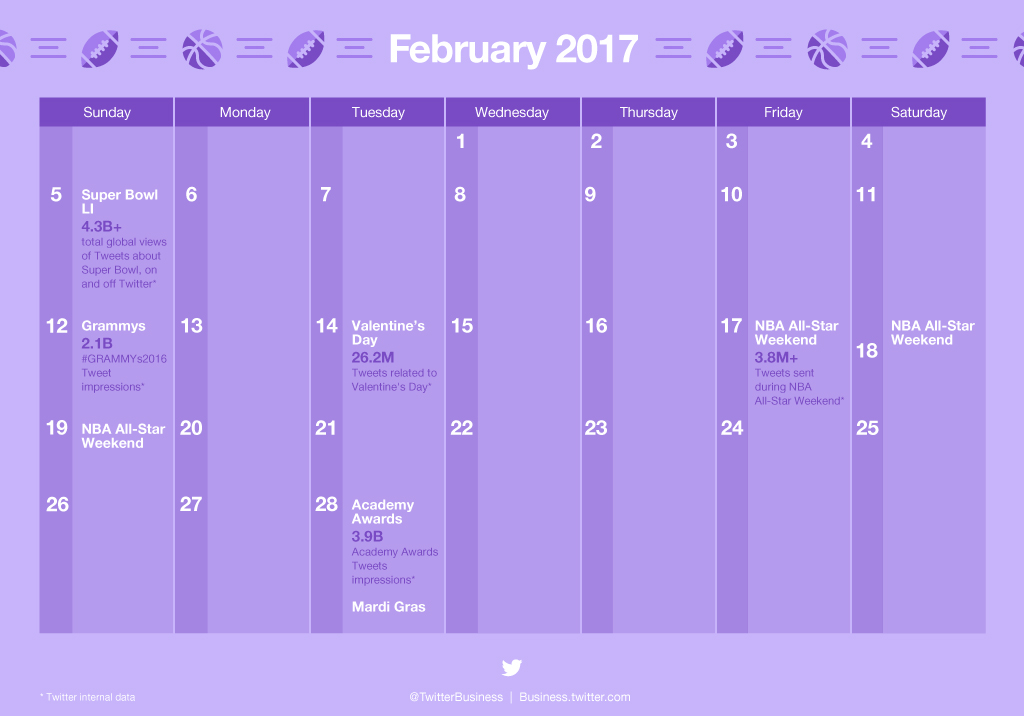 And while it may not be fully filled out, it does provide some helpful reminders about Twitter conversation peaks to be aware of.

In addition, Twitter's also provided some key usage stats and trends to note, including:

That is a staggering amount. The research is based on "Twitter Insiders, Award Shows Research, September 2016", but there's no link provided, making it difficult to understand the full context of the dataset. But the data does align with previously noted Twitter and TV viewing trends, while there's also significant evidence to show that coupling Twitter and TV viewership can significantly increase recall and response rates.

This is a key note for those looking to tap into trending discussions - Twitter's data shows that it works. The stats here again align with the aforementioned Twitter TV study, which showed that people who used Twitter while watching a TV program - whether actively Tweeting or just following along - were 62% more likely to recall the brands which advertised during the program over people who were not on Twitter. 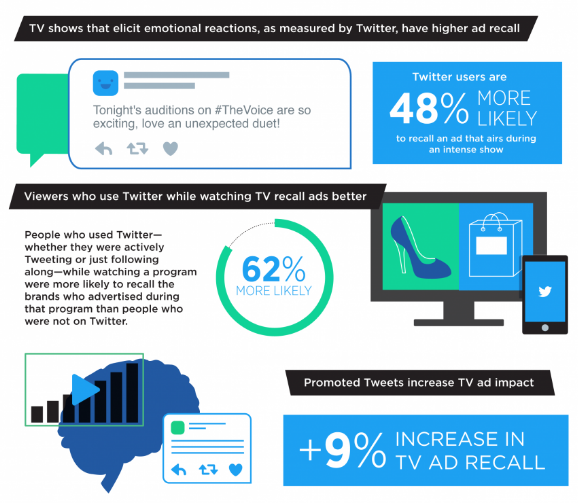 Tapping into trending topics does come with risks, but the data shows it can be worth it, when done well.

Here, Twitter's highlighting the fact that discussion and excitement around events amongst their user base goes beyond the events themselves, another key consideration when looking to boost your messaging by aligning it with the relevant conversation.

There's some interesting data to consider, and it definitely gives more credence to the provided calendar, which brands can use as a prompt to ensure they tap into these key conversations.