Twitter's latest research into what makes a video successful on the platform has revealed some interesting insights - and inspired some bold statements from the micro-blog giant.

"The numbers showed that Twitter's users lead the pack in enjoying, sharing and talking about videos"

And while such grandiose claims are to be expected within the context of a platform's marketing strategy, Twitter's basing this on their findings after examining engagement within 4.2 million Twitter conversations and interviewing 2,000 US and UK users.

Among Twitter's key discoveries, they found that:

But possibly their most interesting discovery was this:

"...the secret to video success is second-wave sharing. Influencers may create an initial buzz around a video, but it takes another round of sharing for that video to make it big. Only one in five videos we tested were able to motivate a second wave of influencers to comment and Retweet, but over 90% of videos that reached that second wave were successful."

So what does "second-wave sharing" actually mean?

Incorporating the conversational element of Twitter, second-wave sharing relates to inspiring conversation beyond the original tweet. As noted, with 72% of users regularly commenting, the second wave goes beyond an initial like or re-tweet, and sparks further conversation around that topic.

Brands can prompt such action by:

Twitter's incorporated the results of their research into this new infographic, which is a must read for anyone looking to utilize video content on the platform. 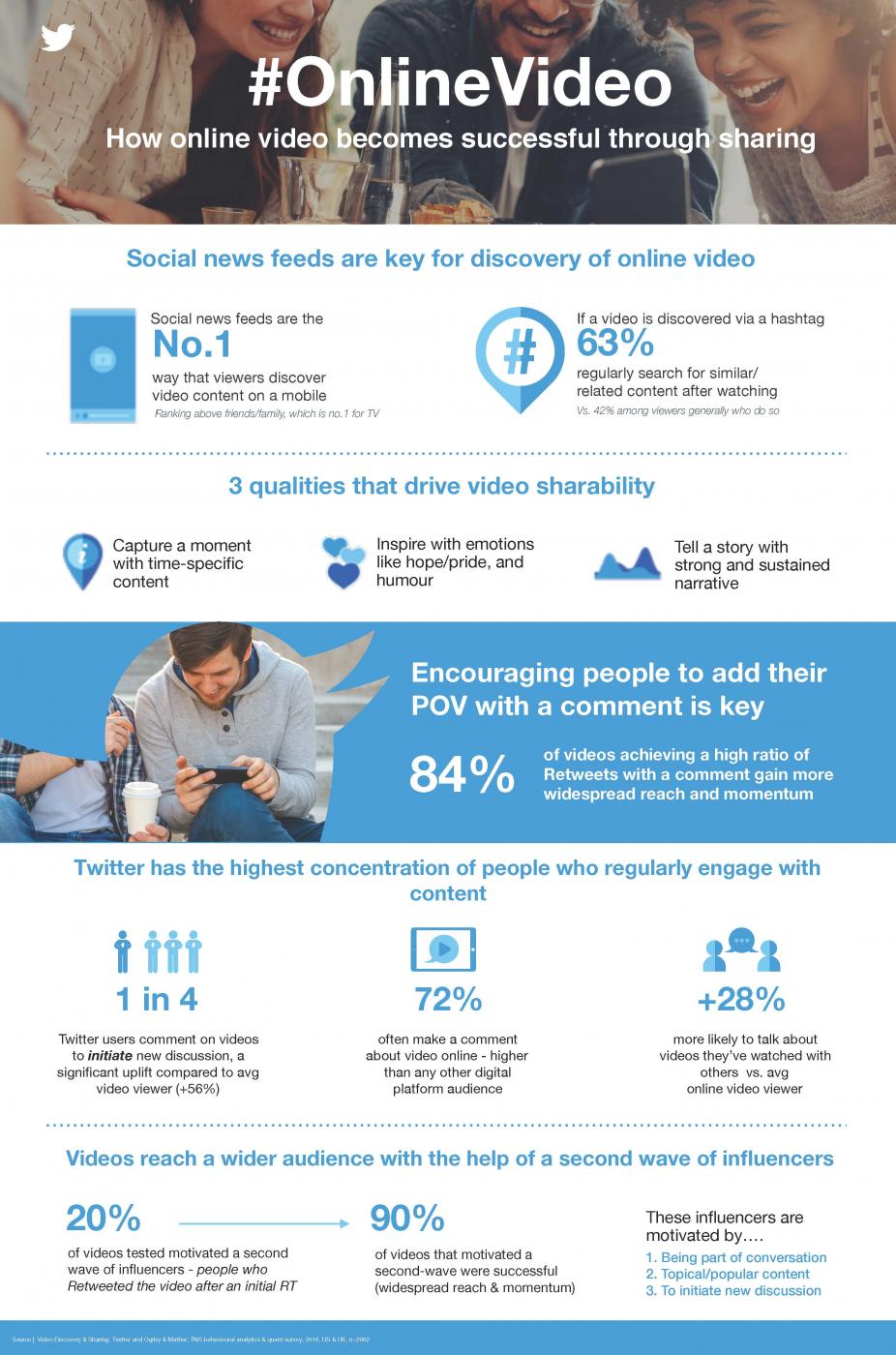