In order to maintain their position as the leading social media platform in the world, Facebook's constantly trying out new measures and testing new tools in order to boost user engagement and keep you inside Facebook's digital walls for longer.

As such, there are always limited tests and features being pushed out, minor updates that may not make big waves, but are still relevant and worth highlighting.

To help provide some additional context on these smaller tweaks and tests, we're co-ordinating them into a weekly update to help keep you abreast of what Facebook's trying out, where they're focused and what you should be watching for in future.

Here are five smaller tests or updates seen 'in the wild' in the last week.

Facebook's very keen to own the growing messaging space, which they largely do, in western nations at least, through their ownership of both Messenger and WhatsApp. But messaging could be so much more - there are bots, there are new engagement options - Facebook sees so much more opportunity in personalized, one-on-one, brand to consumer engagement.

To help foster such connection, Facebook's testing out a new notification which lets Page visitors know when the Page admin is actually logged in an active, prompting you to send a message to start a conversation with them.

The update, spotted by The Next Web's Matt Navarra, could become a headache for social managers if it's rolled out more widely - if more users start taking it up, it could mean an ever-growing mass of e-mails to respond to every time you log in.

But then again, it could also prompt more engagement, and ultimately, more conversions from those connections.

No word from Facebook as to whether this will be rolled out to all users.

2. Adding Posts and Check-Ins to Albums

Facebook's albums feature is an easy way to group your photos and better categorize and present your images. But what if you could add more than just photos to albums. Like, maybe, posts within albums, or check-ins - and not just you, but other contributors?

Well now, some users can. 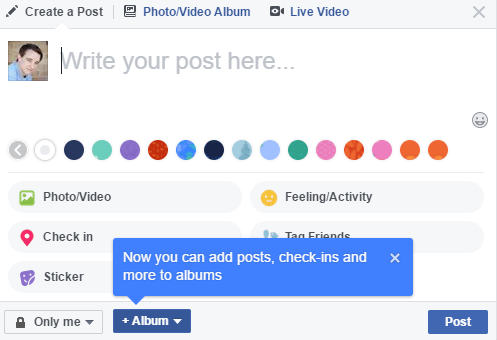 As you can see, some users are now able to add 'posts, check-ins and more' to their albums, which creates a sort of event page within your profile. 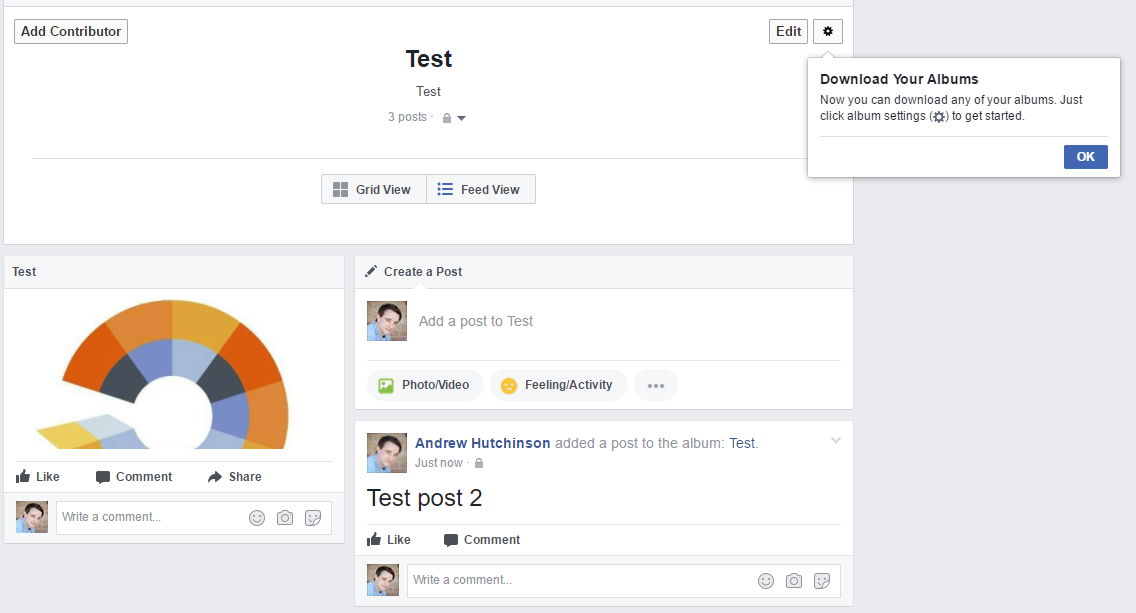 As you can see, the posts sit in between any images - you can choose to share the album with whomever you want, and who can also add updates to the page.

It's another way for Facebook to encourage more group interaction and engagement, within a closed environment, in order to make Facebook the home for your collective memories.

You know how many Likes your Facebook post got, how many Reactions, how many shares. But how many times was it saved? That's the key question.

I mean, it's probably not, but it might be interesting to know either way.

Some users are seeing a new listing on their posts for total Saves. 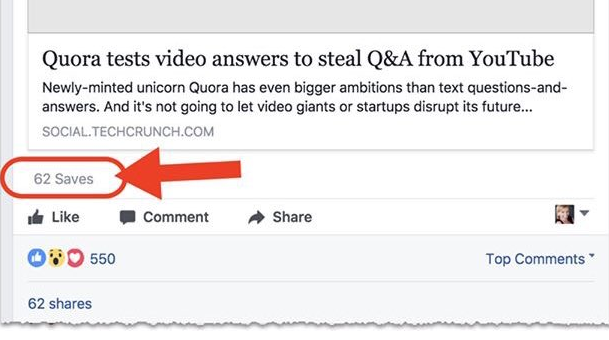 More data is always better, and there's definitely some contextual relevance to be had here - particularly given 250 million people use the 'Save' option every month. But it's hard to see how it adds anything of major significance to your analytics.

Like, just because they saved it, doesn't mean they read it.

But then again, just because they shared it doesn't mean they did either, so...

Facebook ads expert Mari Smith has also reported a new change to her Facebook Page, with the 'Likes' tab replaced by a new 'Community' page. 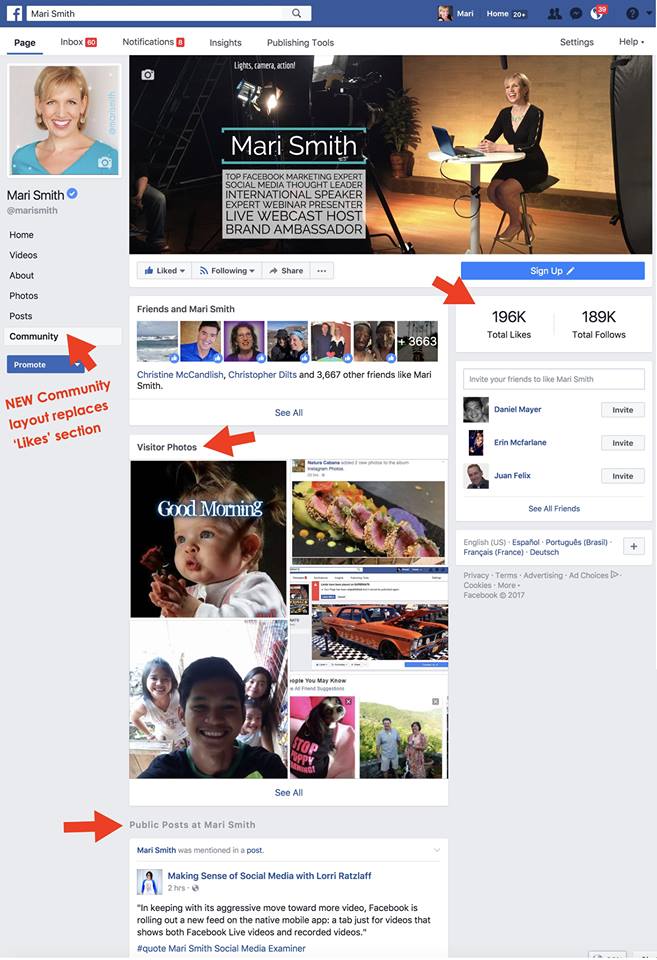 As you can see, there are various new elements here - the current 'Likes' tab shows 'People talking about this' and new Likes gained, whereas this new layout focuses on related videos and images and... well, the wider community, as opposed to the metrics.

The focus appears to be on avoiding the skew of base numbers, broadening the perspective to actual impact and engagement - it doesn't matter how many Likes a Page has, necessarily, it matters who their audience is and how active they are. This new option aims to highlight the benefits of community and activity over a static graph, which could be better for prompting more engagement and involvement.

And the last significant test seen in the last week is a new option to create education courses within the Facebook eco-system. 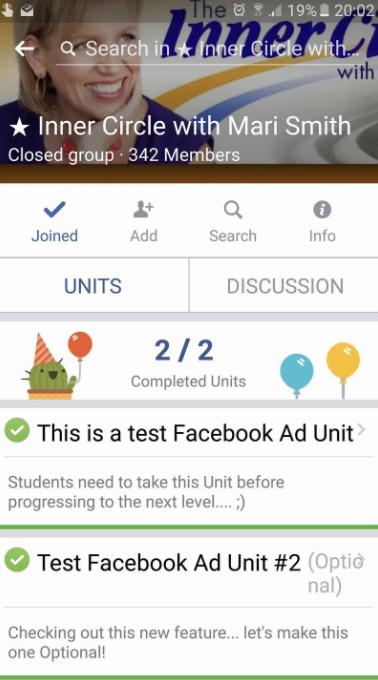 This one again comes from Mari Smith - as you can see, on Smith's 'Inner Circle' Group Page, she's been able to post a new education course unit on Facebook ads.

Smith posted several other images from the course creation process - first, there's a prompt to add units and courses on the Group page to build the offering. 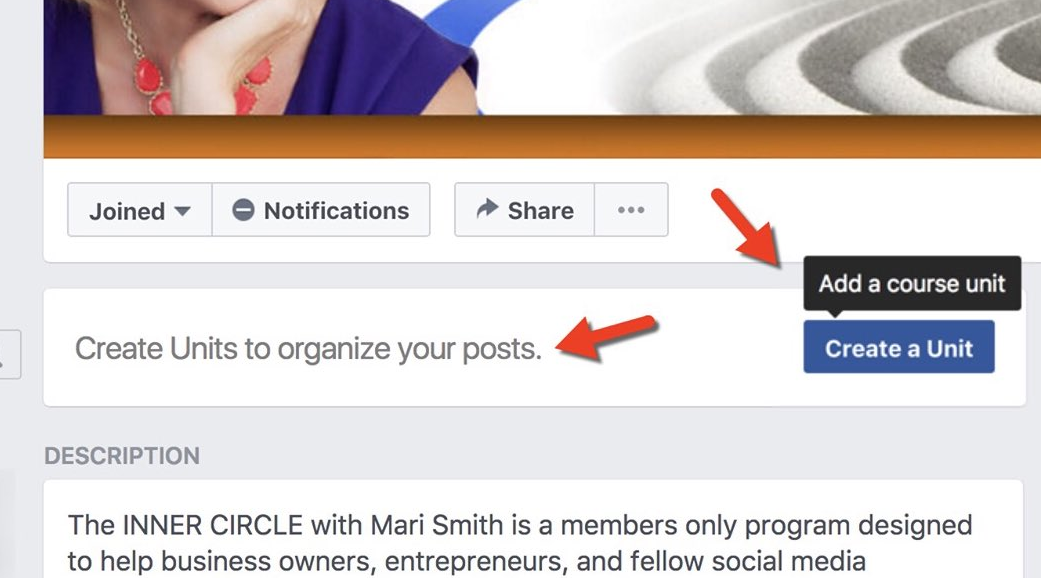 You then need to enter all the details of the unit, which goes into the course structure. 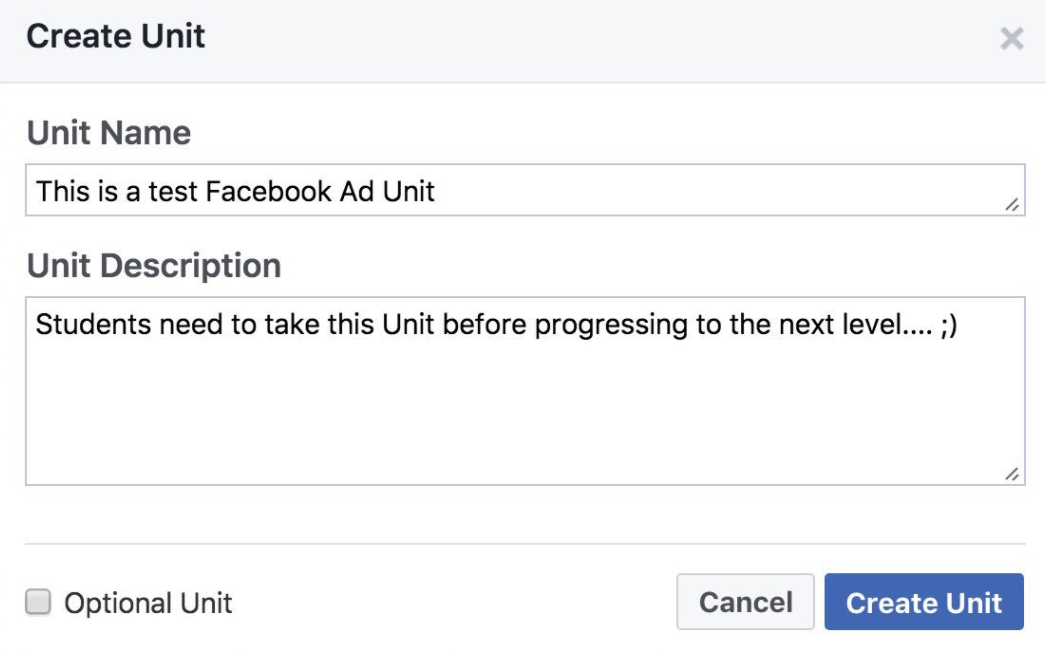 Each unit is then added to the course tree for students to take. 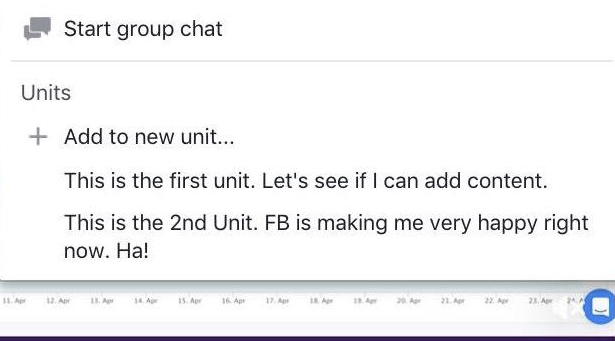 It's very interesting to see Facebook moving into online education - though it makes sense, given the increased emphasis on Groups of late (more than a billion people use Facebook Groups every month) and the integration of Groups with Facebook Pages.

Adding educational content to Page-linked Groups seems a fairly logical step - though it's one that will no doubt have online education providers raising their eyebrows as they consider the implications of Facebook's reach and influence stretching into their market.

All of these functions are in test mode, and we have limited information on their future availability - which, of course, is the whole point of testing. But it's interesting to see where The Social Network is looking, and what you should maybe prepare for in the near future.