To help provide some additional context on these smaller tweaks and tests, we're co-ordinating them into a weekly update to help keep you updated on what Facebook's trying out, where they're focused and what you should be watching for in future.

Here are five smaller tests or updates seen 'in the wild' this week.

Whichever way you look at it, Facebook's working to encourage more direct connection to Messenger from the main app - they've added ads that connect you to a Messenger thread, a notification that lets you know when a Page admin is active so you can message them, and various other measures on this front.

Their latest test is this: 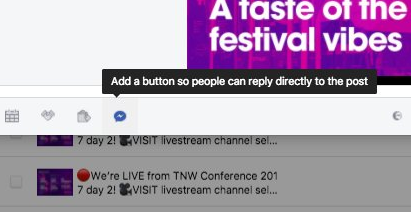 Why would that help? For brands, this could be a great way to start up immediate interaction with potential customers, especially when posting about new products or services. In other applications, it could enable direct links to bots (without having to pay for ads) and another way to generate engagement.

Along the same line, Facebook's also been working to make direct messaging responses more transparent of late, adding new notifications like this within comment streams. 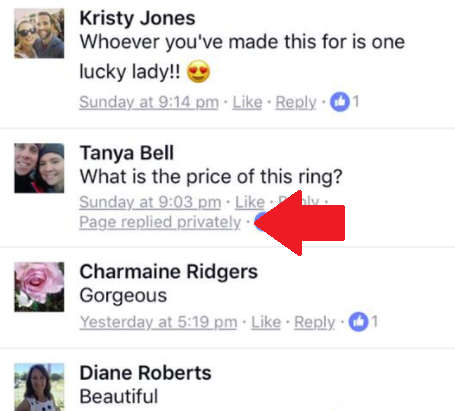 Facebook is also making it easier to schedule recurring events with a new multiple dates option in the event creation process. 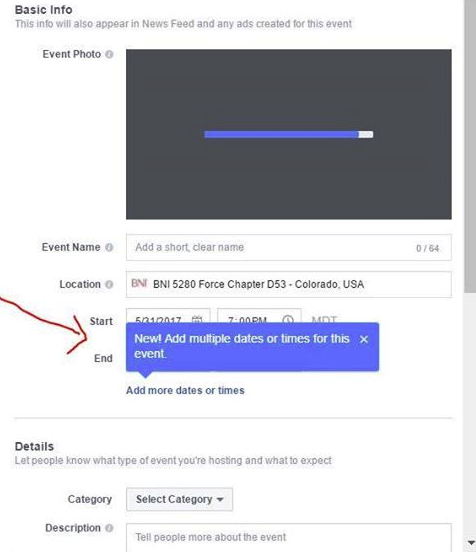 This has been a headache for some time, and will make the process a lot easier for those creating event Pages.

This one is fairly speculative - The Information has reported that there's code built into the Facebook back-end which would suggest The Social Network is developing a new messaging app with parental control features to get kids more active on The Social Network, safely.

The app, called 'Talk' may be another attempt to tap into the younger Snapchat market, and may also be a way for Facebook to tap into even younger user groups. At present, you have to be at least 13 years old to open a Facebook account, but Talk, according to reports, wouldn't require a Facebook profile to use, and would include a range of games and visual tools, like masks.

It's hard to know what to make of the reports - Facebook hasn't confirmed any such details, and it may never get released - particularly since their efforts to curb Snapchat's growth in other ways seem to be working pretty well. Maybe, once we have more definitive numbers on Stories growth across Facebook's platforms, and the subsequent numbers from Snap Inc.'s coming financial reports, then we might see Facebook make a move and roll out Talk.

We'll have to wait and see.

Here's another way Zuck and Co are trying to get you to be more active on Facebook - by tapping into your competitive nature. 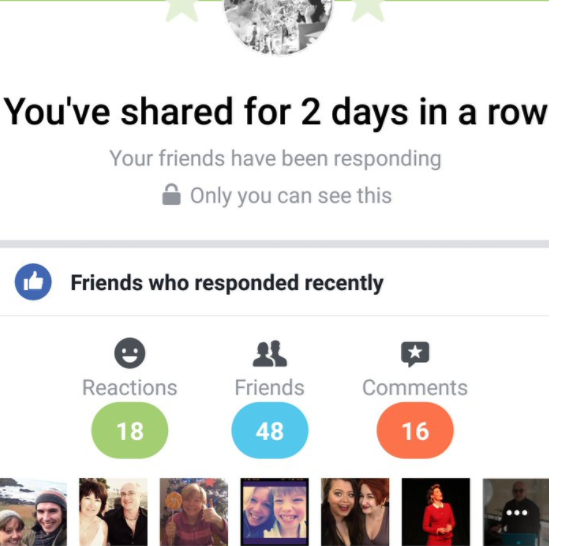 As you can see, some users are now seeing a new notification which alerts them to how active they've been and the response levels they've seen.

This could be Facebook's way of tapping into the compulsiveness of Snapchat's 'Snapstreaks' which are started when you and a friend have Snapped each other (not chatted) within 24 hours for more than three consecutive days. A Snapstreak is then upheld by Snapping and receiving a Snap from that same person every day - each consecutive day is added to your streak count.

It sounds like a fairly weak gamification metric, but it works - check out these responses to losing Snapstreaks on Twitter.

Snapstreaks are a big deal to Snap users - if Facebook could tap into that same compulsion, that might help them get more people sharing more often.

No word from Facebook as to whether this test will get a wider rollout.

And then there's this: 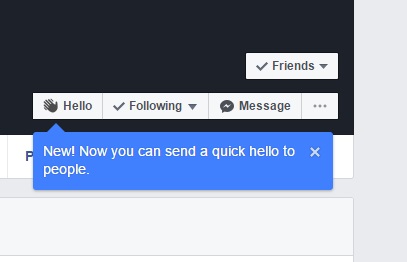 Facebook's added a new 'Hello' feature to some users, on both desktop and mobile, enabling you to send a quick 'Hello' to people, which appears on the recipient's end as a basic notification.

The Social Network has tried a similar option in Messenger, with a Wave option - and both are essentially a new version of the Poke, a non-intrusive, non-committal way to let someone know you're thinking of them without having to actually express any thought. 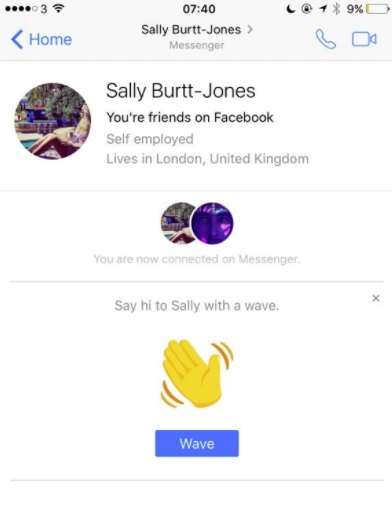 So, soon you might be able to send them a 'Hello' or a 'Wave' via your platform of choice, if you can't already.

I don't see a lot of use for it, and definitely not from a marketing perspective, but it's an interesting test, in terms of why Facebook's doing it. Their data must show that users are receptive to these one-touch prompts. Make of it what you will.

As always, we'll work to keep you up to date with all the latest Facebook updates as they come up.