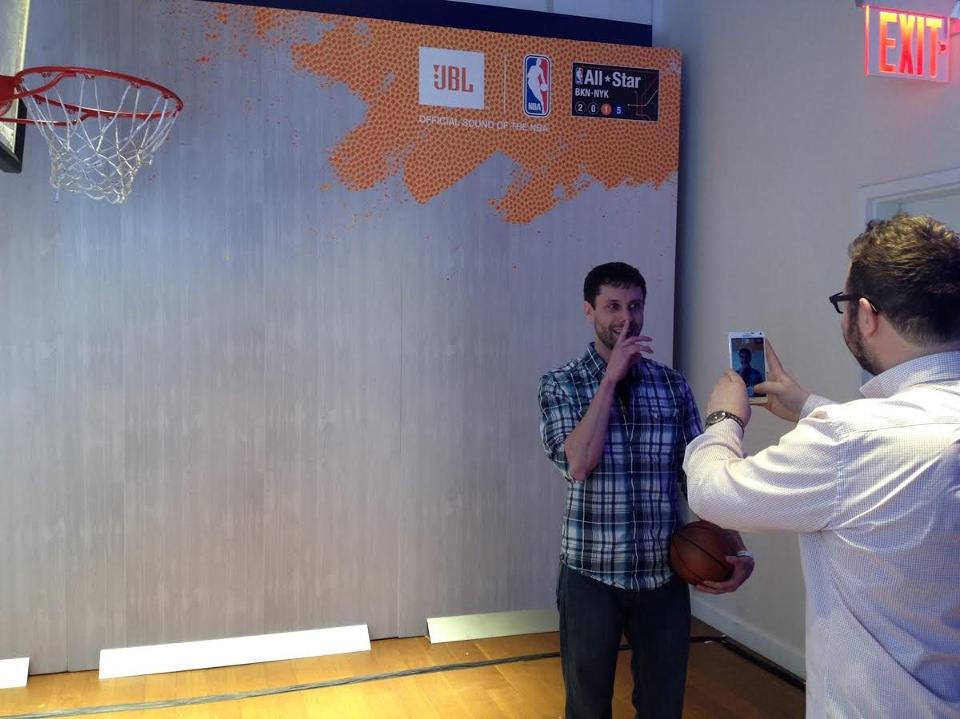 Social video is everywhere - every time you check Facebook these days it turns out one of your friends has been "Live" or posted a video update. When you need to put together furniture you "YouTube" it, when you're out on a Saturday night, you post videos on Snapchat.

But social video is much more than putting together Ikea furniture or watching how your friends spend their evenings.

Facebook and Snapchat are each serving billions of individual video views per day, while YouTube reported recently that people are now watching a billion hours of content on their platform every twenty-four hours.

Those are staggering statistics - and the growth of video is not done yet. According to research by Media Kix:

"Traffic from online videos will constitute over 80% of all consumer internet traffic by 2020 (Cisco) and eMarketer estimates that U.S. spending on both mobile and desktop video advertising will reach nearly $10 billion in 2016, more than a 23% increase than last year. By 2019, the total U.S. digital video advertising spend is projected to eclipse $14 billion-nearly 50% of that figure ($6.86 billion) is attributed to mobile video."

So what should your business be doing to keep up? Here are some expert tips.

All the major social platforms now have video features of some kind. For live video alone you've got various options, including Facebook Live, Instagram, Twitter-owned Periscope and YouTube.

So what channels should you focus on?

According to Nick Cicero, the founder and CEO of Delmondo:

"You need to ask yourself, what's the least amount of content that will reach the biggest audience? What channel does your audience use the most?' If you've got a large Twitter following, Periscope might be a good idea. If Facebook is your main focus, Facebook Live is probably your best bet. There'll be more platforms added every year, and you can't be in all places."

Funny videos that are shareable are always great. "How-To" videos are among the most searched for content on YouTube and can be a nice way to connect with your audience.

"Episodic content works especially well - it's a great way to show the personality of a brand. Try to create a series that is fun and shareable."

Whatever you choose, you need to integrate your brand personality into all of your videos and tell a consistent story with your content.

3. Break Down The Walls Between You And Your Customer

A great way to do this is to simply ask your audience what kind of content they want to see.

"We asked our fans what they wanted to see and were very surprised by their answers. I expected to hear from creepy guys who wanted to see the ring girls getting dressed but instead, our audience wanted to get a peek inside the life of a fighter. How did they cut weight? What kind of meals did they eat after their weigh in? We created a cooking show based on this idea that has been extremely popular."

This is true whether you've utilizing live or recorded video. If you broadcast a live feed of your restaurant every Friday at noon, then you should try to keep up the schedule so your viewers know when to expect it.

Think of it like a TV show - HBO doesn't air Game Of Thrones on Sunday night one week, take two weeks off, and then air it on Thursday morning.

Building a reliable and consistent presence can significantly boost your video performance.

5. Don't Be Scared Of Live Video

"People have this attitude that everyone out there is a troll and are scared to put themselves out there. Don't be. Live video is an excellent way to engage your customers. Use it."

You don't need a huge marketing budget; you can shoot live video on your phone. You can't expect to have a massive following right out of the gate, but experiment, engage with your viewers, and have fun.

Live video was on every "trend" list for 2017, with most in the industry expecting more emphasis to be put on live and the connective capacity it provides.

One of the other trends that you'll see more of in 2017 is that influencers will have an increased role in helping brands optimize video platforms and generate more reach.

Additional, more companies will also be turning to professional studios to help them create higher quality content. Remember that everyone now has the ability to broadcast but the difference is the quality of the content. Anyone can have a public access TV show, but it'll never be as good as something on HBO. Don't be public access; you're better than that.

This article originally appeared in Forbes on December 23, 2016