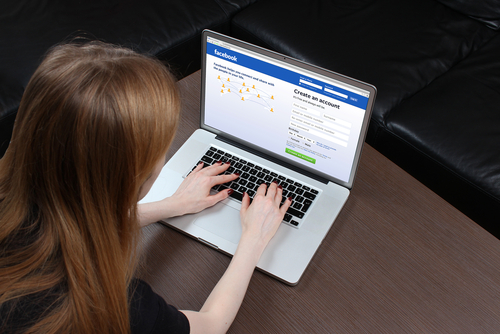 In Facebook's ideal world, it would be the whole internet. Users would never leave Facebook's grounds, all of your online communications and media needs would be catered for under one banner. No more Google, you'd use Facebook search for more nuanced, personalized search matches. No more YouTube, all video content would be published natively to Facebook. No more publishers, original content would be sent direct to your Facebook News Feed, ensuring you're up to date with the information relevant to you.

To say it, to write it down like this, it sounds kinda' crazy, there's no 'real world' way that Facebook can take over the whole internet, can become the internet itself. There's just too much information, to many things to look up, internet use is too engrained for one social network - no matter how big - to incorporate every single users need. And surely Facebook knows this, right?

The mounting evidence actually points to the contrary - in their most recent earnings report, Facebook reported that engagement across Facebook-owned properties (e.g. Facebook, Instagram and Messenger) came in at 46 minutes per day, on average, per user. That, according to data from GlobalWebIndex, equates to around 14% of total average daily internet usage, overall, so Facebook's already becoming the dominant focal point of time spent online. To build upon this, Facebook are working hard to become the dominant player in online video and have introduced Instant Articles to keep users reading content on platform longer. Reports have even shown that in some developing nations, users already have trouble separating the internet and Facebook - to them, Facebook is the internet.

Every effort Facebook makes is another step towards holding audience attention - because the longer people are on Facebook, the more data they share, the more preferences they indicate, and the more ads they can be shown. Audience attention is the truest currency of social media networks - have it and you win, lose it and you're done. And now Facebook's taking the next step in keeping people on-site for longer, seeking to establish itself as the place to host your blog content.

Have you ever used Facebook Notes? It's not a widely used option - it's among your Facebook profile options, a means to post longer form content that can be shared with your Facebook friends. Notes hasn't seen any significant upgrades for some time - back in 2013 when Yahoo acquired Tumblr, rumors swirled that Facebook, which had also been a potential Tumblr suitor, would be looking to revamp Notes to build it up as a competitor - Facebook even bought up the team from blogging platform Storylane to complete such a task. The revamp never eventuated, but as with all things popular and trending, Facebook is always considering ways to use its ubiquity in order to beat out challengers for audience attention. And blogging is definitely an arena in which it could compete.

As such, Facebook has confirmed that they're currently testing a new, upgraded blogging platform for the network - effectively a re-invigoration of the Notes option. Right now, a small selection of users have access to a range of new functions within Notes, including cover photos for posts, user-tagging functionality, photo re-sizing, links and hashtags. 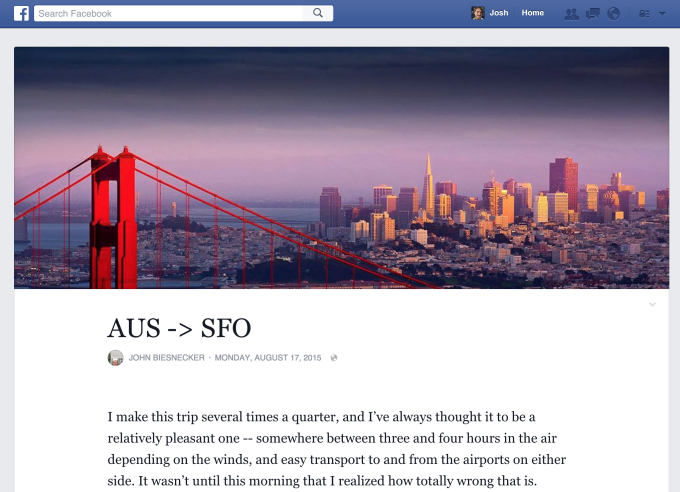 Looks pretty familiar, right? As several tech journalists have pointed out, the new option looks a lot like Medium - which is not surprising, considering Teehan+Lax, the chief design company behind the initial version of Medium, joined forces with Facebook earlier this year.

Similarities aside, it's a big improvement on what Notes was previously (and probably what you have access to now) - a blank, white expanse with few features and limited functionality. 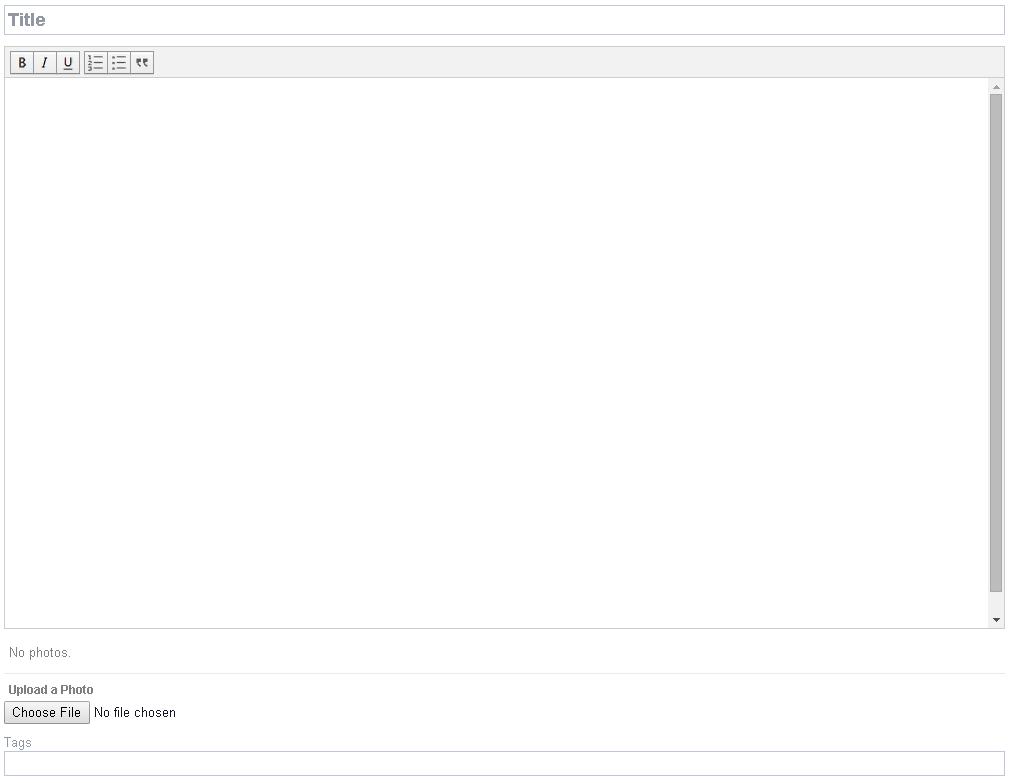 When you look at this, it's not surprising the function isn't widely used - but will sprucing it up a bit get people to blog more on Facebook?

So what's the big opportunity in on-platform blogging? In early 2014 LinkedIn launched their on-platform blogging option aimed at getting more professionals to use LinkedIn as a channel to increase their credentials and showcase their expertise. The option's been a big hit - there are now more than one million users who've published long-form content on LinkedIn, with 130,000 posts going up weekly. That's a big number, and a big win for LinkedIn - having users generate their own content, and bring more readers to the platform - without them having to create the source material themselves - is a great way for LinkedIn to generate more engagement on site.

Then, of course, there's the steady growth of Tumblr - research late last year showed Tumblr's active user base grew 120% in the second half of 2014, now boasting more than 230 million active users (for comparison, Instagram currently has 300 million MAUs).

Given these two examples, it makes sense that blogging has caught Facebook's eye as yet another means of dominating attention, and by using the same seduction tactics as it has with publishers on Instant Articles - i.e. unmatched audience reach and improved functionality, particularly on mobile - if it can improve the user experience and options for Notes, it may be onto a winner.

Would users warm to reading longer-form content from friends on Facebook? Could Notes be used to help business better promote their products and services on Facebook? The answer on both fronts is yes, depending on how it's done.

While the changes to notes are, thus far, being quietly tested with a small group, the upgraded blog functionality makes perfect sense. Now, it really comes down to distribution.

For personal posts this should be relatively easy - your posts are seen by those who follow you, dependent on what content the algorithm determines is of most relevance to them, etc. In order to boost awareness of the new Notes functionality, Facebook will no doubt increase the shares of any new blog posts, if/when the option becomes available to all users - they've done exactly this with Instant Articles, though somewhat indirectly. The increased distribution will make more users aware of the option, while also making bloggers more keen to continue posting, as the audience reach potential of Facebook is no doubt better than they'll get anywhere else.

For businesses, the upgrade is particularly interesting. Notes is an optional app add-on for Pages, and, theoretically, any upgrade to Notes will also flow through to Pages as well. That being the case, this is a whole new option for businesses to share their content and reach their audience - when LinkedIn opened up it's publishing platform, some users suggested that they might even consider shutting down their own blogs in order to focus entirely on LinkedIn, as the reach and audience potential is so much better than the traffic they're ever likely to see on their own, hosted solution. Depending on your purpose, this may be an option, but as with Instant Articles, most would caution against building your distribution on other people's land - if Facebook changes the rules on you, they can hold your audience for ransom.

That said, the possibility of reaching people via an improved blog option on Facebook will no doubt intrigue many. If you can get the best reach, if the posts look good, if you can build your brand via this method, why wouldn't you consider it?

It's early days right now, there's a lot of things that need to play out before you and I can make any accurate assessment on the potential and pitfalls of an improved Facebook publishing option. But it's interesting. It's interesting to consider what the options might be and where these investigations might lead to. And maybe this is another small step in the continued internet domination of Zuckerberg and friends.