Cracking the Code of Virality: What Makes a Video Go Viral (and Can You Use That to Advantage)?

If you work in social media marketing, no doubt someone, at some stage, has asked you to make something "go viral".

"We're going to create a viral video to get the word out."

This is literally something that I've heard noted in an outline briefing, people building a plan around making something that'll get shared thousands of times as a concrete idea, a key pillar of their process.

And definitely, if you can do that, more power to you, go make something "go viral" - the benefits, as we've seen from Chewbacca Mom recently, can be massive.

But the thing is, "going viral", by nature, is not plannable. Certainly Candace Payne had no idea of the sudden celebrity she'd attain by putting on a toy mask and cackling like a crazy person in her car. It's impossible to predict what will go viral and what won't, it's not something you can simply define or document or provide a set of guidelines for.

An Australian production company recently added a new consideration to the viral debate, but proving, repeatedly, that they could, in fact, create viral content.

The company, The Woolshed and Co., sought to better understand the elements of viral video content - and not just in academic sense, they also applied and utilized their learnings to create some very well known viral videos.

Their first attempt was this, a short clip of a man jumping off a rock wall in Sydney only to be confronted by a shark.

That video's racked up 34.6 million views. And it's easy to see why - it's well made, well executed, and it doesn't go too far - the guy doesn't suddenly end up in a physical battle with the shark that would take it totally beyond the realm of plausability. The video also plays to the common emotional triggers of viral content - a recent study by Fract.l, for example, found that "Happiness", "Surprise" and "Admiration" are the three top emotional responses to viral images, all of which could also be applied to this video. 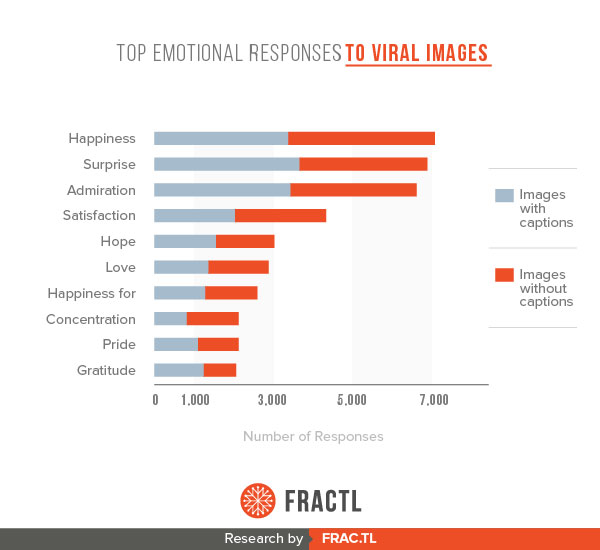 Such findings have also been supported by various other viral content studies - being able to generate a strong emotional response is obviously a great way to trigger subsequent audience action, something that this video does really well.

And interestingly, while many people debated the authenticity of the shark video, that debate only further fuelled its share count.

But this was only the start of The Woolshed's experiment - last week, the group confirmed that they were actually behind eight of the most talked about viral videos of the past two years, charted in this graph. 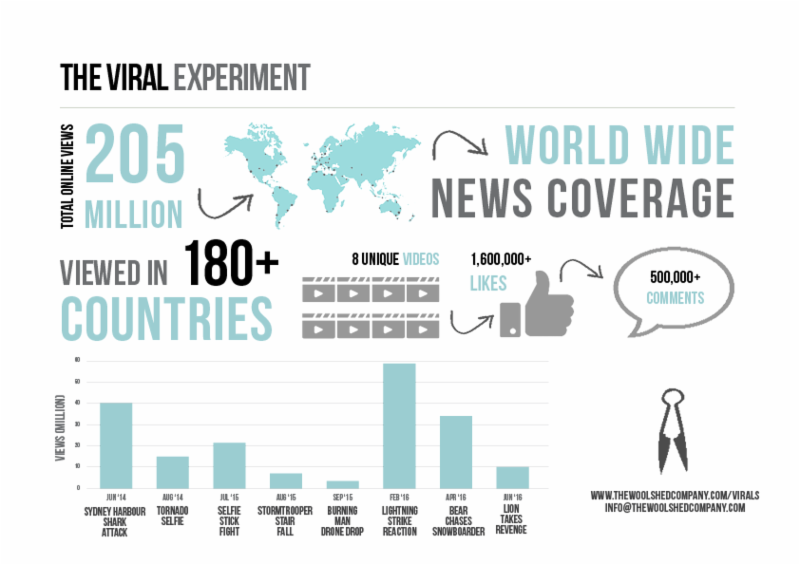 Among their other hits that you may have seen or heard of:

In coming clean about their project, The Woolshed team also released this video which looks at the media coverage and discussion that their viral hoaxes generated.

And while on one hand it could be seen as a prank on the media, and something of a commentary about the nature of the modern news cycle, the real aim, according to managing director and co-founder of the company, Dave Christison, was mastering the art of viral content, proving that it could be repeated, that each one wasn't a fluke.

"If you go to the stuff that works, watch the stuff that's out there right now, it's on Facebook every day, always go straight to the viewership and if it's got more then 10 million views I'll watch it through and figure out why it works."

The project provides some great insights into the key elements of what goes viral - again, as you can see, each one of the videos that Woolshed has created contains an element of surprise, something unexpected, which is one of the most common emotional triggers in highly shared content. In addition to that, each of the videos is relatively light-hearted, pointing to that second critical element in "Happiness" and each has a satisfaction element also, in that they come to a resolution, rather than leaving the audience hanging.

But on top of this, Woolshed's videos also feel authentic. The creative team have obviously gone to a lot of effort to consider the real world scenarios in which the characters find themselves in, and their attention to detail is great. If you go over the top, have the tornado carry the guy off into the clouds, for example, that would be unbelievable. But stay within the confines of plausible reality and people will more likely accept it.

Even more than likely, many people will actually want to accept it as true - I admit, I've shown the snowboarder video to people before, thinking it was legit. To find out it's not is a little disappointing - not because I feel manipulated, but because I really wanted it to be true.

And while not everyone will have the video editing skills of the Woolshed team, everyone has the capacity to tell a real story, to consider the details from the perspective of the characters as if they were in this scenario in real life. And that, more than anything, is what makes these videos spark with authenticity.

In a separate, but related story for those looking to increase the reach of their video content, YouTube creator Michael "Cartoonz" Hogman recently detailed how he's been able to "game" YouTube's algorithm to help boost his video view counts on the platform.

According to Hogman, the title of your video matters a lot.

"In the last couple weeks, I decided that I wanted to find a new way to expose my YouTube content to new audiences that might be interested in the games that I play. I discovered that some of my videos in the past with very bold, yet simple, titles had been the ones really taking off in viewership. Since I had already identified the title being what YouTube cares about most, it was just a matter of playing the game of trial and error!

After trying for about five or six times over two weeks, I finally found the pattern to getting every one of my videos to 20,000 views in under 24 hours, and eventually 100,000 views in under a week. By adding "The" to the beginning and "World of Warcraft Legion" to the end of every video title, and then three or four interesting words about the actual topic, I was able to draw in more people who were being exposed to the video throughout YouTube. "

Which sounds weird, right? Surely just adding "The" and the game title into your video header can't boost view counts. But Hogman has evidence to prove it - look at the comparative view counts of his YouTube videos.

Now, you could probably argue that a big element at play here is the fact that more users are searching for "World of Warcraft" when looking up video content like this (Hogman may be testing this very theory with his latest upload), but it's still a valid consideration either way - as noted by Inc:

"He went from averaging around 15,000 video views per day to almost 60,000 views per day. In addition, his daily subscriber rate jumped from around 150 to some 375 - more than doubling simply because he added one single word to his recent video titles."

It may be worth experimenting with your titles when you upload your YouTube posts.