Twitter's Q4 and Full Year 2015 numbers are in, and they're pretty much as you would expect. 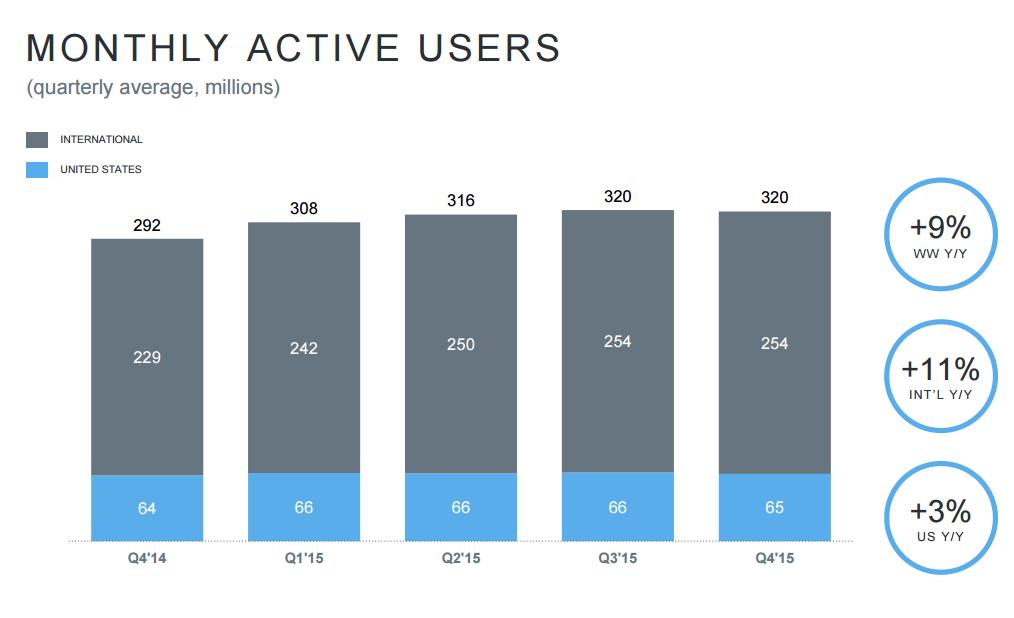 Though while the overall number remains the same, you can see that there was actually a slight decline in US users - down from 66m in Q3 to 65m in Q4. That's a big concern, particularly given Twitter's push on its new Moments product which was aimed at driving more engagement and getting new users to the site. Twitter ran its first ever TV ad campaign to promote Moments back in October, which was solely focused on the US market. That gives them a good couple of months to have seen a response and uptick in users as a result - a decline in US user numbers is definitely not a great vote of confidence for Moments, which was being hailed, at one time, as a key element in Twitter's resurgence plan.

This, along with Twitter's various other initiatives like Twitter polls, 'hearts' instead of 'stars', and autoplay Periscope broadcasts in-stream, has failed to resonate with new users as yet. And the next big hope - an algorithm-defined timeline to uncover relevant tweets - hasn't got off to a great start, with #RIPTwitter trending across the platform last weekend.

There's still much work to do on this front, and Twitter's stock is already trending downwards in after hours trading as a result.

Twitter's revenue story is slightly better - though only slightly. Twitter's Q4 revenue came in at $710 million, which met analyst expectations (though those estimates were revised down after Twitter's Q3 results). 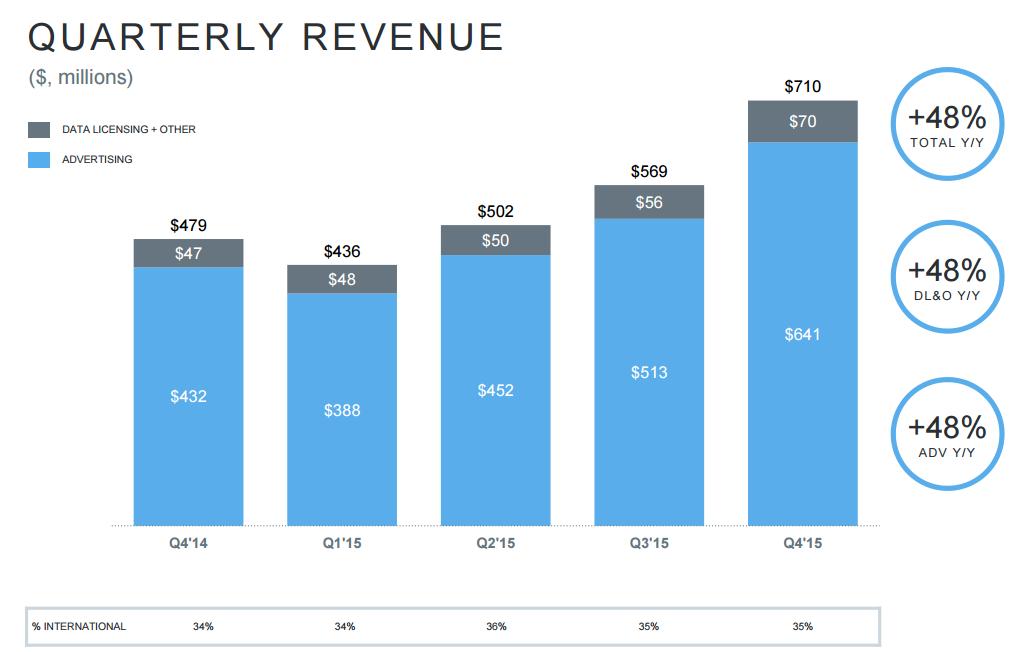 The bad news? Twitter's also lowered its guidance for Q1, saying it expects revenue to be around $610 million, down on analyst estimates of around $630 million. Not disastrous, but no user growth and lower guidance = no relief in sight for Jack Dorsey and Co any time soon.

In terms of geographic revenue growth, both international and US advertising revenue jumped around 20% for the quarter. 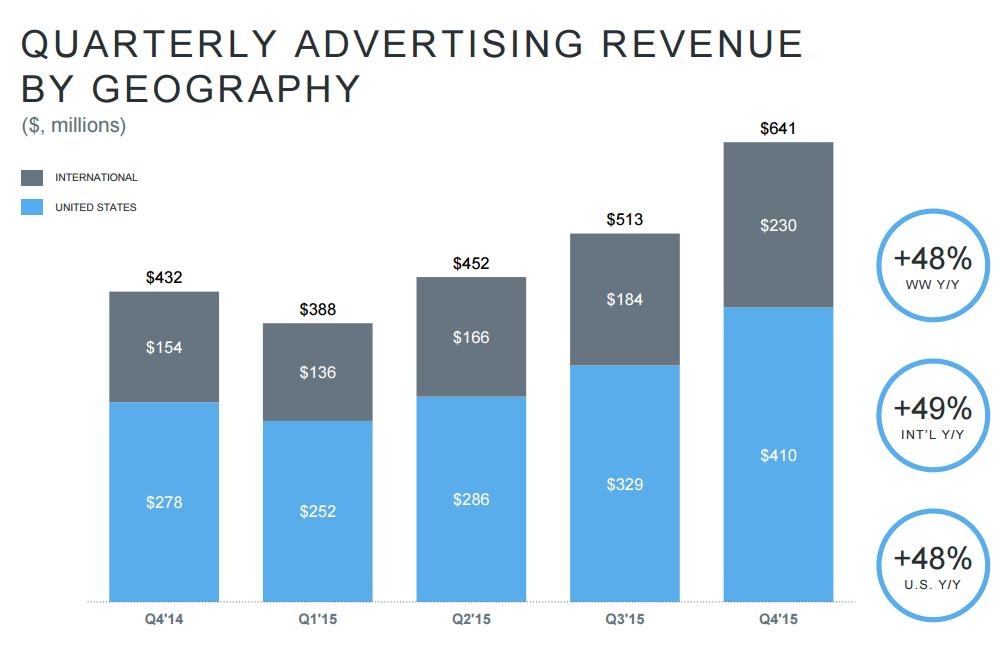 There are clearly positives there, but the overall perception of Twitter being stalled or failing is now becoming a wider perception issue, making it a much bigger battle for the company to fight its way through.

In tempering the bad news, Twitter talked up their growth in advertisers and noted a rise in active users in the current period, as opposed to the reported numbers.

"We made significant progress in scaling the total number of active advertisers to 130,000 in Q4, up almost 90% year over year. It's remarkable we built this business in just five years from zero revenue. We saw a decline in monthly active usage in Q4, but we've already seen January monthly actives bounce back to Q3 levels."

Those two elements are likely the crucial details that have kept the stock from further declines - while active usage is definitely not growing, by any stretch, Twitter is, at the least, trying to quell fears by saying they're getting back to stable numbers, rather than seeing ongoing declines.

Twitter also took the opportunity to announce that Periscope CEO Kayvon Beykpour has been promoted to the company's executive team, which somewhat underlines the level of importance Twitter is placing on Periscope within its wider plans.

Overall, no real surprises from Twitter - user growth is still a concern, possibly even moreso than it was previously, while revenue opportunities remain steady for now, though that decline in usage will cause ongoing impacts if it's addressed. Twitter's still looking to introduce new board members, and you can expect to see the company continue to push out new updates and changes as they work to get back on course. Whether any of it will work, we'll have to wait and see.